Located 20 miles southwest of Washington DC, Piscataway Park is an important Native American site, as well as being an excellent national park offering respite from the busy city. The park contains Moyaone, a historical Native American village once inhabited by the Piscataway and last occupied in 1623. Before Washington DC became our nation’s capital and the bustling metropolis we know it as today, it was home to several Native American civilizations, some of which are still present and active in the area. Archaeological research provides evidence that leads experts to believe there was human activity around the Anacostia River as far back as 4000 years ago. The largest group to live in the areas between the Potomac and Anacostia Rivers was the Piscataway. They are still the largest Native American group active in and inhabiting the area. Other historical, and present-day, Native American groups in the area include the Anacostank, the Pamunkey, the Mattapanient, the Nangemeick, and the Tauxehent.

European explorers meet the Piscataway in the late seventeenth century 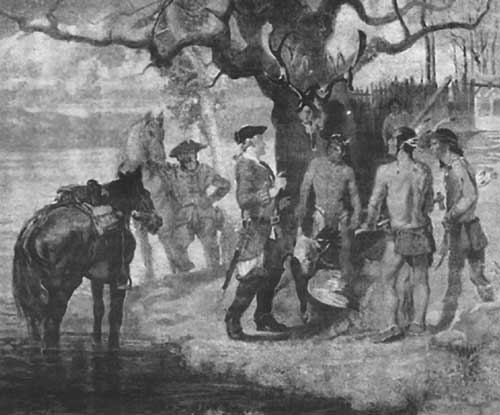 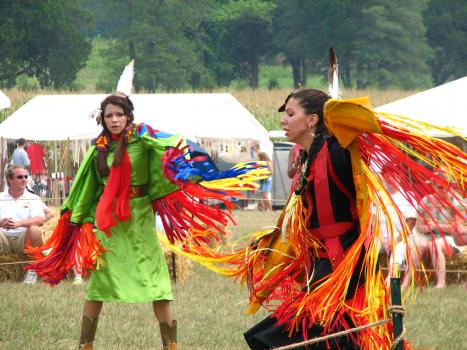 Present-day Piscataway peoples protest the building of the Keystone Pipeline on April 22, 2014 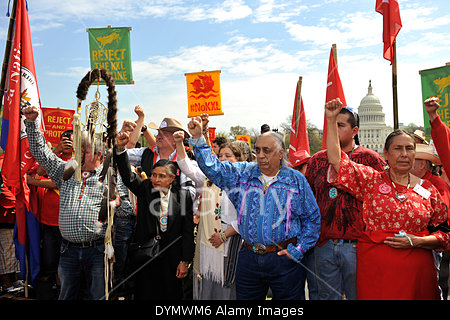 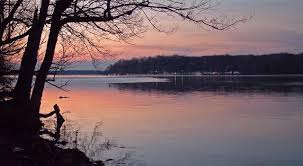 Europeans began to explore the area during the early seventeenth century. This included the expeditions of John Smith and his crew in 1608. Also included in early European exploration was the settling of present-day Maryland by Lord Cecil Calvert and his crew that began on March 25, 1634. Calvert settled Maryland with fellow Catholics in hopes of making it a home for all those of the Catholic faith.

All Native-American groups in this area were part of the Alonquian language group, which was so widespread as to cover the East Coast, the Great Lakes, parts of Canada, the Great Plains, and certain parts of modern-day California. The Piscataway specifically spoke Alonquian Piscataway. This language was a dialect of Nanticoke, an extinct language spoken by native peoples in present-day Delaware and Maryland.

Colonial leaders forced the Piscataway to surrender their land to the Susquehannock, Iroquoian speaking people, after a 1675 defeat by the Iroquois Confederacy (also known as Haudenosaunee) in New York.

In his new book The Indians’ Capital City: “Secret” Native Histories of Washington DC, Joseph Genetin-Pilawa explores how Native American peoples in the Washington DC area assimilated into urban life. He illustrates that the native people of the area were not completely removed from urban development of the city, as he examines their encounters with white citizens of the city during the nineteenth century.