The house, simply known as The Barnacle, is situated on five acres of land, which make up this Florida state park. Originally owned by one of the first and most influential Coconut Grove settlers, Ralph Middleton Munroe, the home has been well preserved and stands as a testament to the history of frontier times. Additionally, thanks to Munroe’s stewardship, the land also remains abundant and true to its original state, featuring numerous large, ancient trees. Visitors are welcome to the park and can view the home, take a nature walk on the grounds, or see the replicas of two of Munroe’s sailboats. 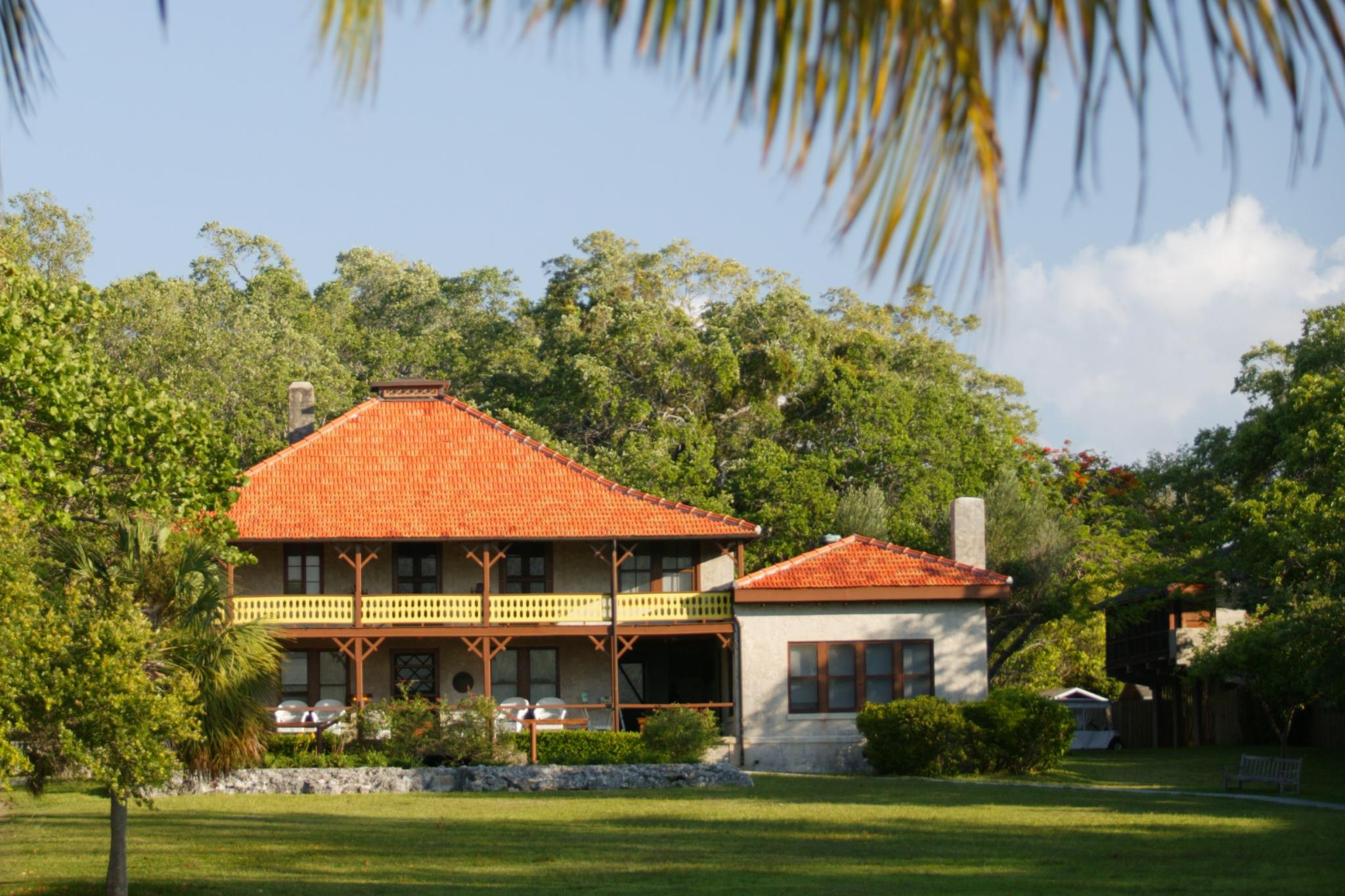 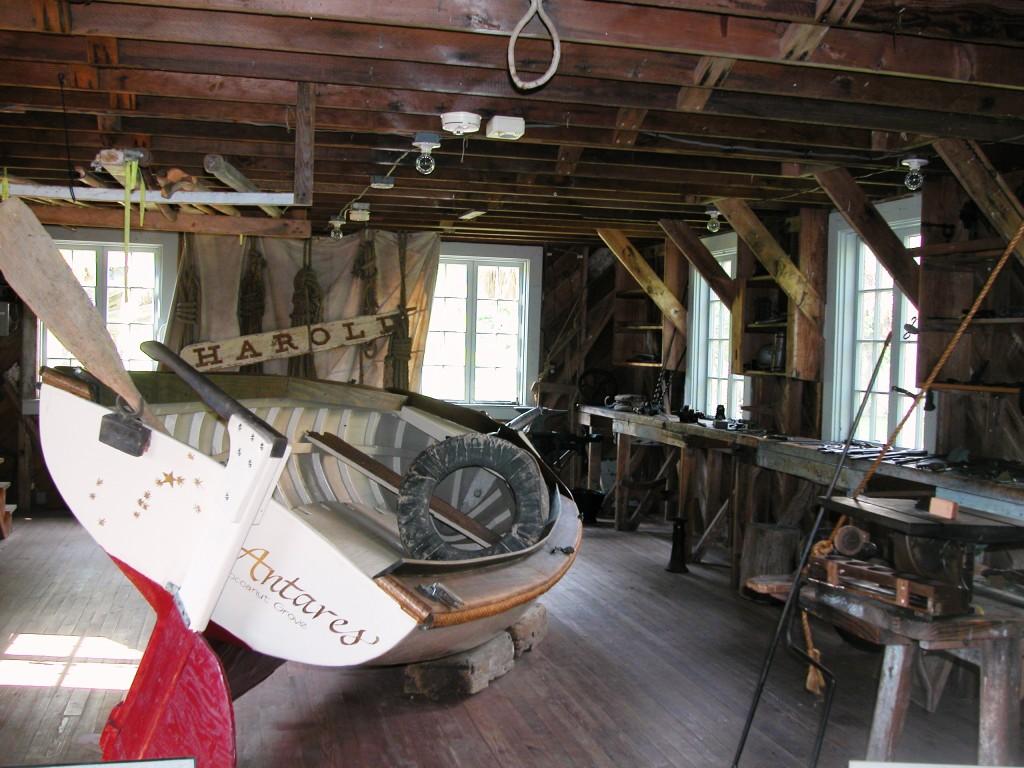 Upstairs of the Barnacle. ([https://www.floridastateparks.org/photos-browse/The-Barnacle?page=4]) 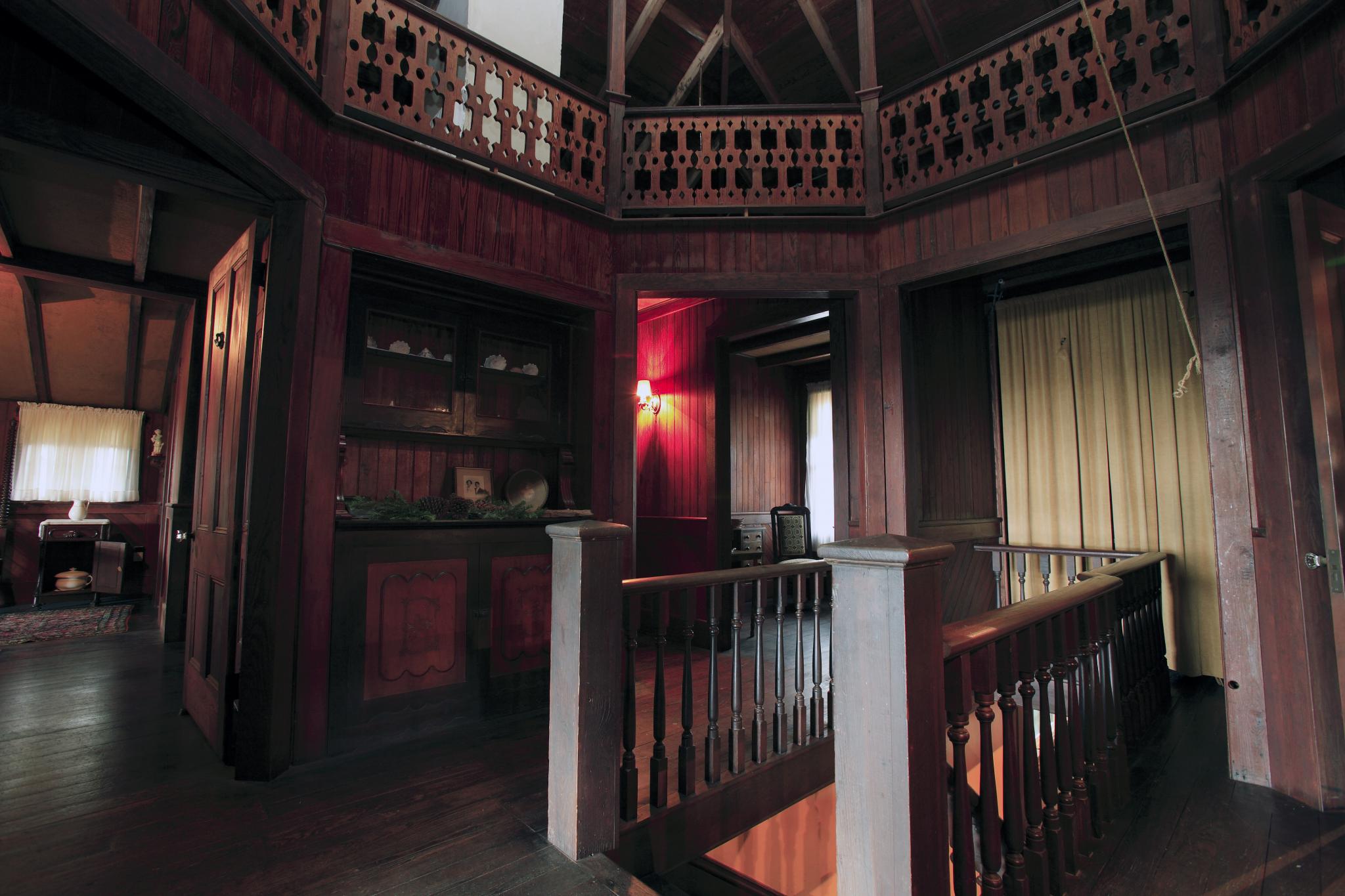 Munroe first visited South Florida in 1877 while on vacation from New York. Initially a pleasant visit, his next expedition to the area would be far less welcoming. In 1881, his doctors informed Munroe that his wife, Eva, had contracted a bad case of tuberculosis and that a radical change of climate was needed as soon as possible to help better her condition. Munroe recalled the beauty of Biscayne Bay and brought his wife down south, hoping it would aid in her recovery. Despite his efforts and the assistance and nursing of Isabella Peacock, Eva passed away at their camp on the Miami River. Upon returning to New York, Munroe discovered that his only child had passed away.

Munroe later returned to Southern Florida in 1882 to visit his beloved’s grave and to assist Charles and Isabella Peacock open up a hotel in the area. Initially known as the Bay View Villa, the building later became the Peacock Inn and went on to have a long and quite profitable history. To show their gratitude for his help to them, the Peacocks gave Munroe four acres of land in the area. Munroe had his wife’s grave moved to his new land and then donated his property to the community for the construction of its first church. A well-accomplished amateur photographer, Munroe went on to take many iconic photos of life in Biscayne Bay around this time.

Munroe's passion during his life was designing yachts, and he received many commissions from friends in South Florida. During his life, he would draw plans for 56 different boats over the years.

Munroe purchased forty additional acres of land in 1886 for $400 and one of his sailboats, “Kingfish,” was valued at an additional $400. The Boathouse was built the next year. This building served as a home, his workshop, and as the clubhouse for the newly-formed Biscayne Bay Yacht Club. Munroe was then elected as the club’s first Commodore and held the title for a grand twenty-two years. When the Boathouse was destroyed during a hurricane in 1926, he quickly rebuilt the building right in the very same location. The new structure had a solid, concrete foundation, a set of guywires strapping the framework to the ground, and a new set of walls in front and back that were designed to break away during any future storms. It would go on to survive Hurricane Andrew in 1992.

While living in the original Boathouse, Commodore Munroe designed a one-story bungalow that would serve as his next residence. Finishing construction in 1891, the new house was named “The Barnacle,” because the lines of the buildings high-pitched roof were thought to mimic the shape of the cone-shaped sea creature of the same name.

1894 marked a new beginning for the Commodore. Munroe met a Miss Jessie Wirth during a cruise with friends. The couple was married the very next summer, and thus began a long and happy life together. Upon giving birth to a daughter, Patty, in 1900, Jessie asked her sister, Josephine, to come assist with the house and the baby. Miss Jo (aka Aunt Dodie) would become a permanent inhabitant of The Barnacle and would serve as librarian at Coconut Grove Library for an impressive fifty-five years.

A second child, a boy named Wirth, was born in 1902, and in turn, the family once again needed more living space. They began by enclosing the porches on two sides of their house to expand the interior as a whole. By 1908, the family had raised the entire structure by using railroad jacks and completed a brand new first floor below it. Electricity, healthy city water, and a sizable library wing all followed suit. The last major changes to the structure were in 1928.

After the passing of Ralph and Jessie, an adult Wirth moved back into the main house with his own spouse, Mary, and his two boys, Bill and Charlie. Mary Munroe would go on to live in a retirement community after her husband’s passing in 1968, and after turning down some rather lucrative offers from developers, the Munroe family decided to sell The Barnacle to the State of Florida. The area became a park for the public in 1973 and was soon listed on the National Register of Historic Places.

Today, The Barnacle is the oldest house in Miami-Dade County still standing in its original location. The location remains a powerful reminder of Miami's nautical history and brings with it memories of a simpler time.