Danforth Memorial Library, was built in 1905 and known as "Paterson Free Public Library" for many of its early years. This title reflects the fact that many early libraries were private organizations that required prospective members to purchase a membership. The building was constructed following a gift of Mary Danforth Ryle, the daughter of Charles Danforth who designed the first coal-burning locomotive. Mary Danforth Ryle's gift allowed the city to replace the previous library after it was destroyed by fire. That library had been located in Charles Danforth's home and had been donated to the city by Mary Danforth Ryle. Today, the historic library houses the city's art collection in addition to serving as the central library. The building was added to the National Register of Historic Places in 1984.

This historic library was completed in 1905 and designed by Henry Bacon, the architect who designed the Lincoln Memorial. 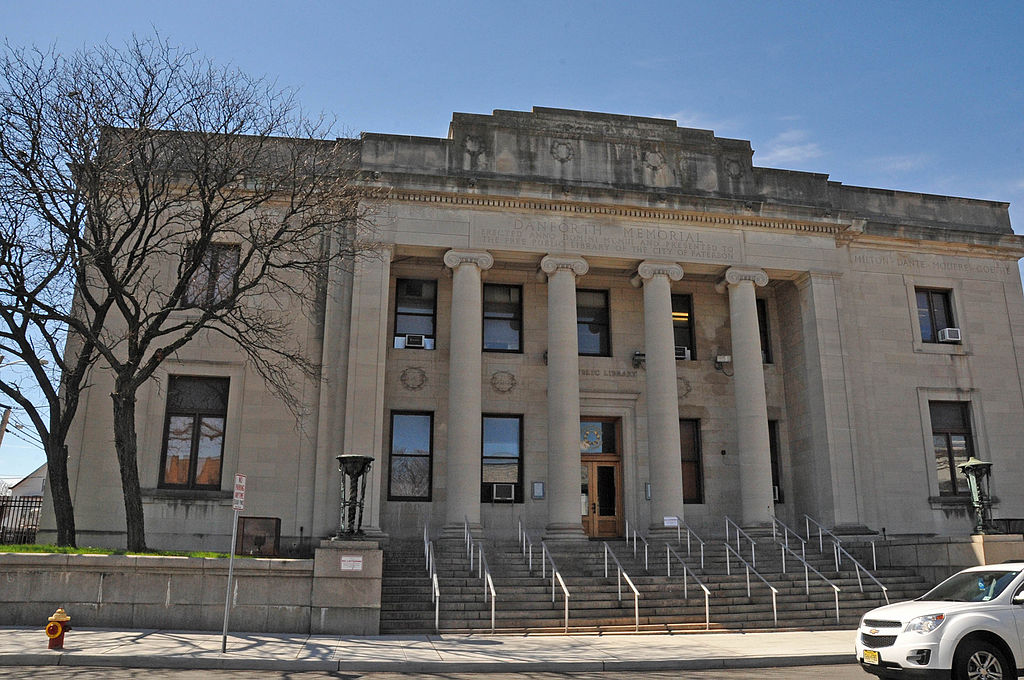