As settlers continued moving into Texas and the westward plains during the second half of the 18th century, ranching grew to become a prominent and respected occupation, and some of the wealthiest and poorest landowners were ranchers. Furthermore, as ranching predates Texas history, dating back to the 1690s with the Spaniards and their entradas, ranching is central to Texas history. Capturing and displaying this rich history is the National Ranching Heritage Center, a ranching history museum located on the grounds of the Texas Tech University in Lubbock. The variety of exhibits at this spacious museum hopes to educate both students and the public about the crucial role ranching played with regards to the Western cultural and economic experience. Visitors to the museum can discover everything from authentic horse saddles and lever-action rifles to nearly four dozen historic structures across the 27.5-acre facility. 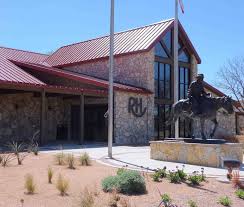 Windmill at the Heritage Center Grounds 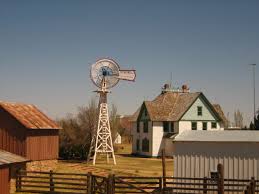 The National Ranching Heritage Center dates back to 1966, when Texas Tech University asked a planning committee to investigate the feasibility of preserving evidence of ranching history. Initial fund raising throughout 1967 and ’68 raised over $50,000, and by 1969, the Ranching Heritage Association organized to assist in the development of the museum.

The planning and fund raising came to fruition in 1970, as the Renderbrook-Spade Blacksmith Shop became the first historical structure moved to the site. School trips and weekend tours become popular in the mid-1970s and the museum gathered more structures, and by 1976, the National Ranching Heritage Center officially opened to the public. At the time, the museum featured 18 buildings, windmills, and corrals.1

Some of the historic structures that are featured at the heritage center include the J.J. Gibson Memorial Park, El Capote Cabin, the one-room Bairfield School, Spur Granary and Stables, and many others. These structures were moved from their original locations, and although renovations were sometimes made, the historical buildings often feature original furnishings and each carries a profound history.2

Collections at the Heritage Center

In addition to the historic homes and structures featured throughout the 27.5-acre facility, visitors to the heritage center can also explore a massive collection of art and artifacts. The majority of the art collection features oil paintings and photographs that add new dimensions of appreciation regarding ranching life, while the artifacts showcase the real tools ranchers used as a daily part of their lives.3

Containing both art and artifacts, the exhibitions at the heritage center display central historical themes regarding ranch life, and these collections include over 180 antique firearms and accessories, horse saddles, over 1,000 spurs, clothing items, and much more. Young people should also keep an eye out for the variety of youth programs sponsored by the heritage center, including the Junior Rough Riders association, the summer youth classes, and even a Ranch Day.4