The Lauren Rogers Museum of Art was established in 1923 in memory of Lauren Rogers. The original purpose of this institution was to serve the community of Laurel as a educational and cultural center. Today, the Museum has expanded in every sense of the word, and continues to benefit the public.

The American Gallery at the Museum 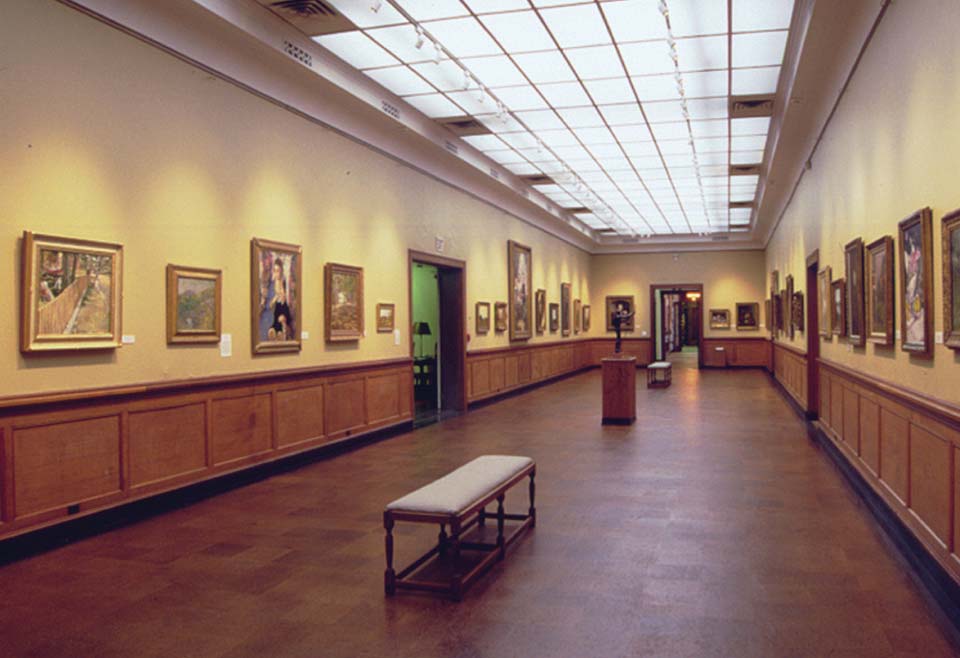 The Lauren Rogers Museum of Art

The Lauren Rogers Museum of Art was established in the memory of Lauren Eastman Rogers, who died at the age of twenty-three from complications of appendicitis. His father, Wallace Brown Rogers, and his grandfather, Lauren Chase Eastman, created the Eastman Memorial Foundation in his name. The men were the decedents of the Laurel, MI founders, who had greatly contributed to the public wellbeing and prosperity of the city. In continuance with this tradition, Rogers and Eastman used the Foundation to found a museum, library, art gallery, and educational institution that would include funds and be maintained. The Museum’s was built on the site where Lauren was constructing a home for him and his wife prior to his death.

The building was initially supposed to be used as a public library, however, as its construction progressed the Foundation decided to add a museum wing. The structure was designed by Rathbone DeBuys, a New Orleans architect. DeBuys was a successful, well-known architect in the early twentieth century. He made a name for himself with structural innovations such as the Y.M.C.A, Y.W.C.A., “workingmen’s” hotels and transforming old structures into new buildings. The Museum was constructed with local brick, and the additions of large windows and thin columnns. The building’s interior design reflected a similar standard of work from Watson and Walton, a prominent interior design firm in the twentieth century. The structure’s walls are covered with oak and accentuated with ironwork, a hand molded plaster ceiling, and cork flooring.

Today, the Museum is still home to a local history library with over ten thousand volumes, including periodicals, artist files, auction and sales catalogues, videos, postcards, photos, vertical files, and manuscripts. The library and archives are open from 10 a.m. to 4:45 p.m. and research oppurtunities are available through appointment.

The pride of the Museum, however, lies within its collections. The families of Roger and Eastman contributed the founding collection to the Museum, which included significant nineteenth and twentieth century paintings by American artists and 142 Japanese Ukiyo-e woodprint blocks. Currently, the Museum has expanded its collections to include English Georgian silver, and nineteenth and twentieth century European works that are housed in the European Gallery.

As the Museum’s collections expanded, there became a need to renovate and add more space to house these items. Through out the course of the twentieth and early twenty-first centuries, building additions and restorations occurred. All of this work led to the Museum’s current size of 27,500 sq. feet. Plans for future expansion are already in the works, with the donation of Lauren Roger’s childhood home and its’ property, the goal will be to use this space for future exhibitions, programs, and storage. Thus, the Lauren Rogers Museum of Art further honors the memory of the young man and his family’s efforts to find the positive in his tragic death. The Museum continues to serve the community through its’ educational opportunities and commitment to local history.