Built in 1907, the old Sutton High School was built to accommodate the area’s growing population. Notable alumni of Sutton High School include Metropolitan Opera singer Susanne Fisher and Pulitzer Prize-winning writer Dewey Fleming. The Victorian-style red brick building was located on what is now the Sutton Elementary School playground and was demolished in 2008. 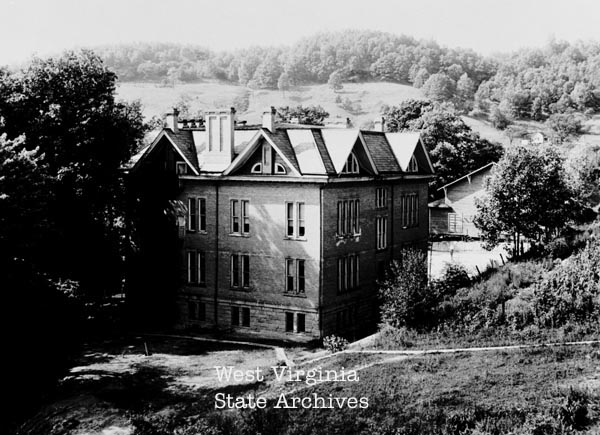 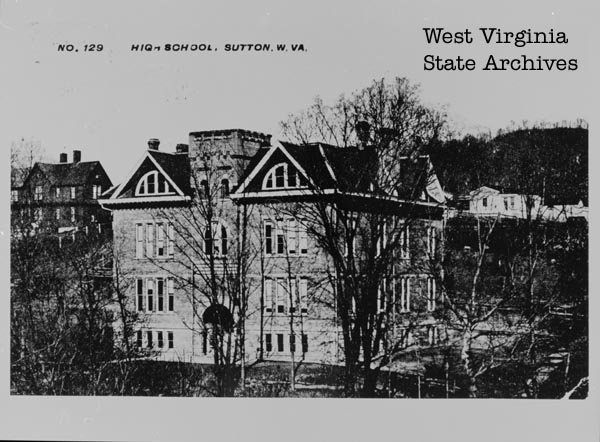 The original Sutton High School was built in 1907. When J. H. Patterson was made principal of the largely informal school system in 1905, he began to advocate for the addition of a high school. Almost a year after Patterson was hired, the school board agreed to sponsor a levy for the construction of a high school and work began almost immediately. The building was designed by local architect Will F. Davis. Like most turn of the 20th century public buildings in Sutton and elsewhere, the high school featured beautiful architectural accents, large windows, pressed tin ceilings, and an elaborate structural layout. The school was built in the Victorian style with red brick.

Several notable alumni graduated from the old Sutton High School. In 1916, alumnus Dewey Fleming graduated from Sutton High School; Fleming went on to win a Pulitzer Prize while working for the Baltimore Sun. Metropolitan Opera singer Susanne Fisher graduated from the school in 1922. The building remained in use until the late 1990s. In later years, students took art classes and some special education classes were taught in the building. The building was a town fixture until structural issues necessitated its demolition. Calls for demolition began appearing in 1978, but these were halted with Rodney S. Collins advocated for the building to be placed on the National Register of Historic Places in 1979. Despite the building’s designation as a historic place, the building was eventually demolished in 2008 for ongoing structural issues. The building’s site now functions as the playground for Sutton Elementary School.