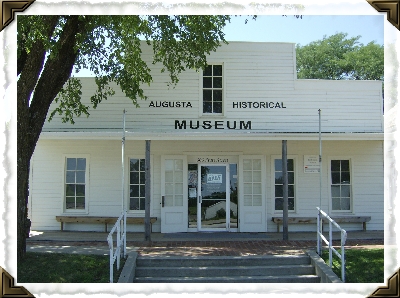 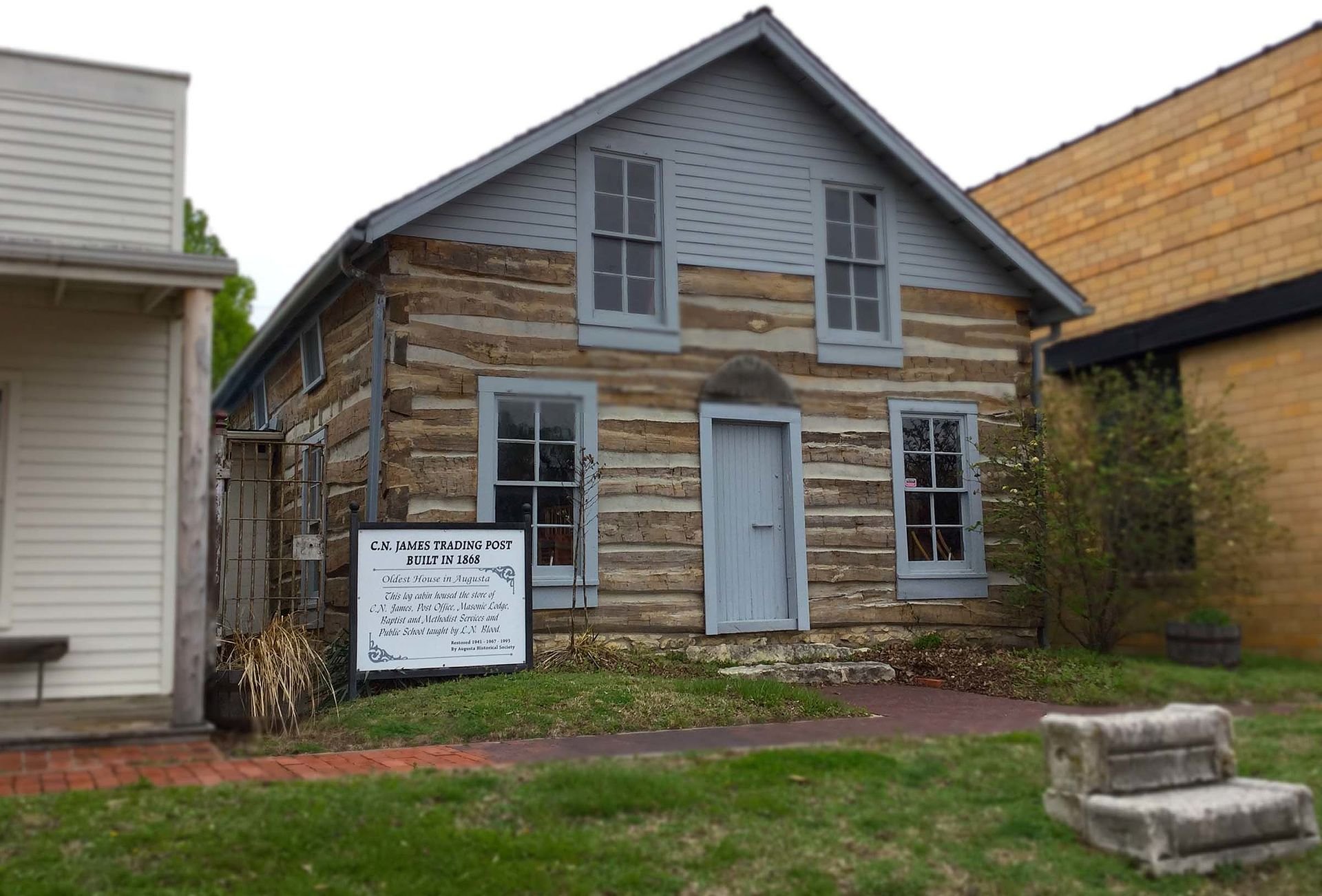 The log cabin is an important building in Augusta's history. It was the first building constructed in what would become the townsite. Chester N. James and his family lived on the second floor until 1869. He would become Augusta's first mayor and postmaster, and was a key player in the town's organization and incorporation (it was named after his wife, Augusta). Baptists held the first church services in the town in 1869 on the second floor of the house. Methodists would hold their first services in the house a year later. The house was also the location of the town's first school from 1868-1870. The Augusta Historical Society purchased the building in 1939 and then proceeded to restore it.