Barr Trail is a 13-mile hiking trail in the Pike National Forest that begins in Manitou Springs, Colorado and ends at the summit of Pikes Peak. This is a challenging and high elevation trail, with long sustained grade that led to the U.S. Forest Service rating this as one of the more difficult trails in the area. With a 7,800 feet elevation gain to reach the summit, the Colorado Springs Convention & Visitors Bureau states that it is an advanced trail and is one of the most challenging trails in the Pikes Peak region. 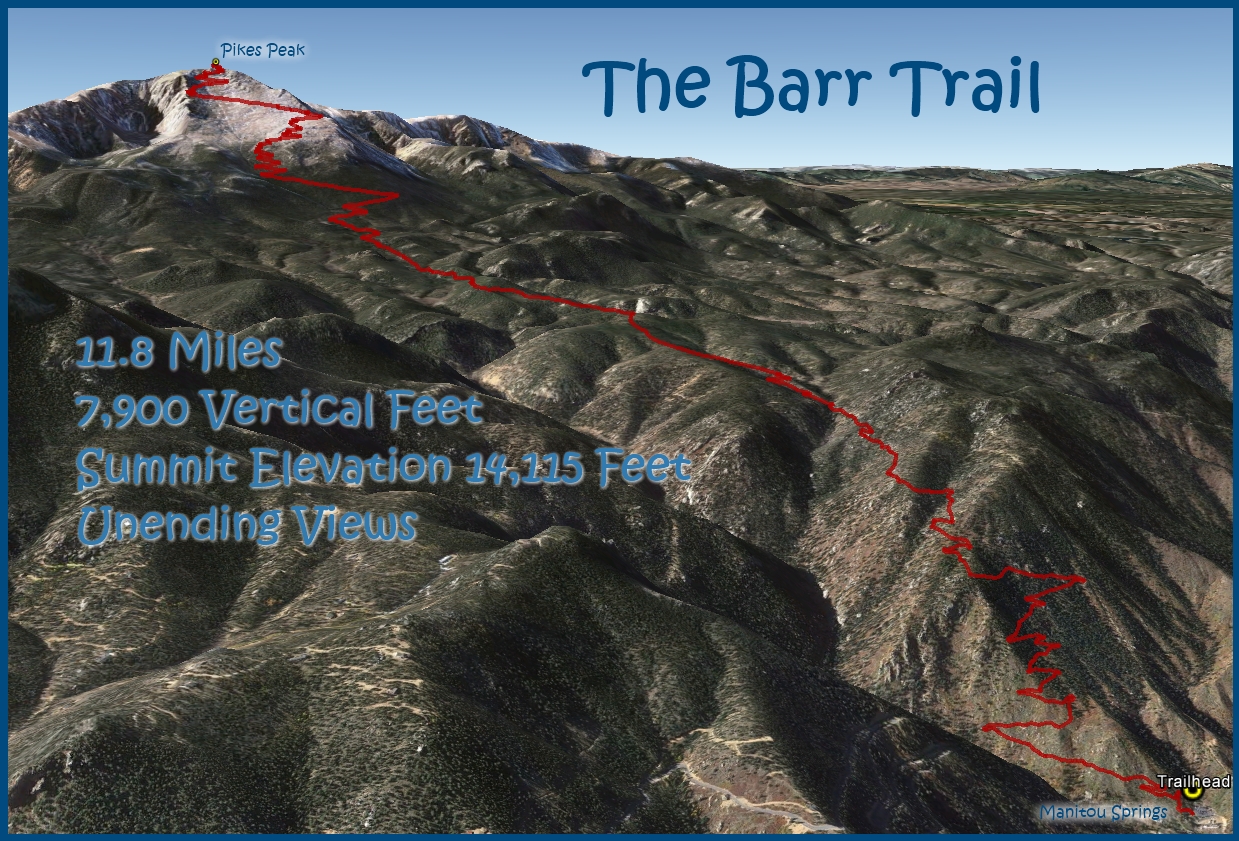 The trail head sign. Hikers can pay $5 for parking at the trail head or they can park down in town and take the shuttle for free. 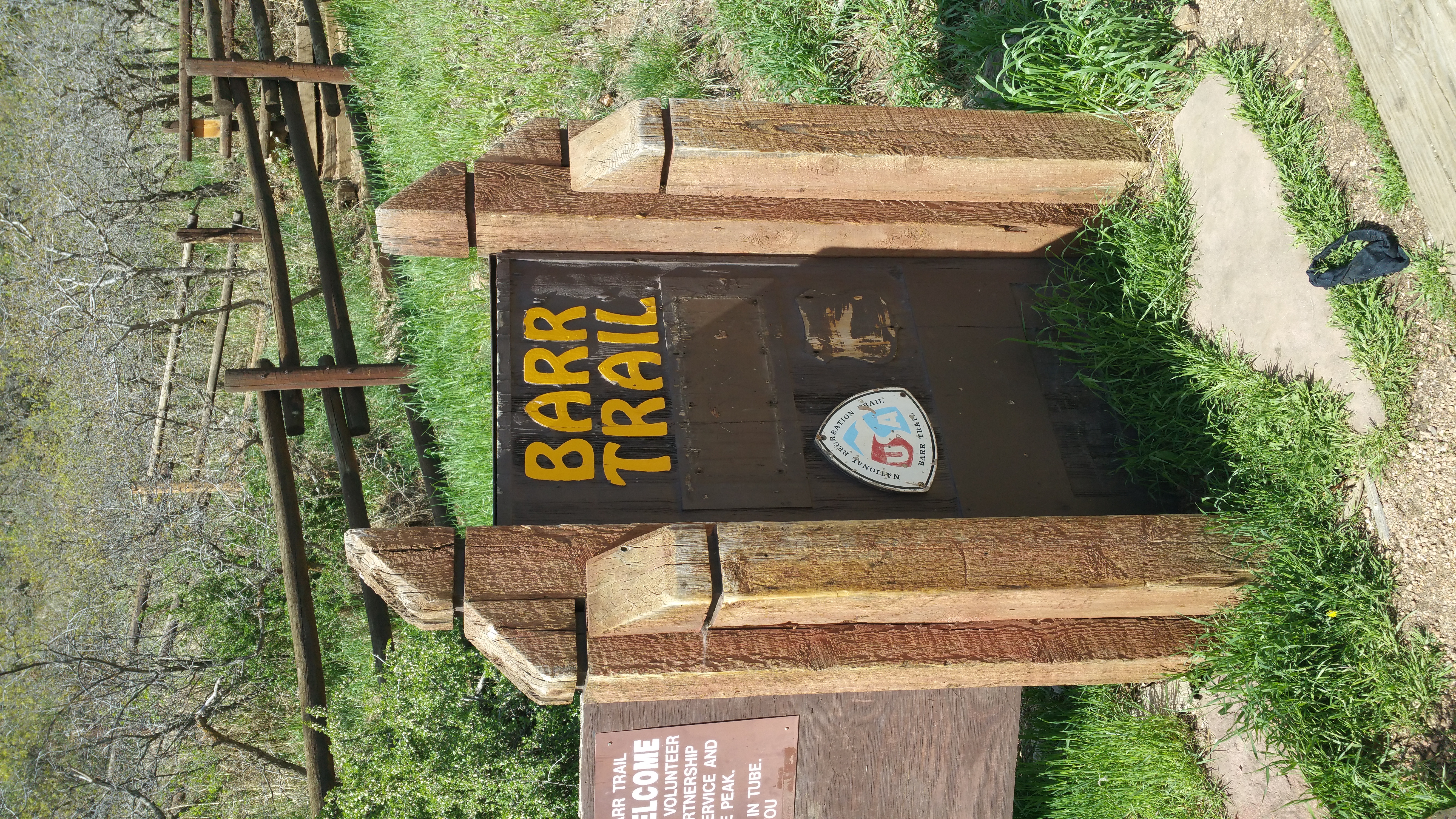 In 1907 Fred Barr and his dad started working on a trail that began the the Peak of Mt. Manitou and would eventually end at the summit of Pikes peak. Fred Barr Spent 3 summers navigating the landscape and picking his route. He spent an estimated $10,000 out of his own pocket. The Barr trail ended up being the first trail constructed on the east face of pikes peak.

The Barr trail is on the list of the top 10 most dangerous hikes in America. The reason for this is because the Colorado Mountains see an extreme amount of lightning activity annually. The worst spot is the 14,115ft summit on Pikes Peak. Since 2000 there have been 48 reported lighting strikes in Colorado and 20 of them have been near the summit of Pikes Peak. If you see lighting be prepared to retreat and please don't wait around because it will get worse.