The OZ Museum was founded in April 2004 and houses one of the largest public displays of Oz memorabilia in existence. The museum houses memorabilia from 1939 MGM musical, earlier silent films, as well as "The Wiz." 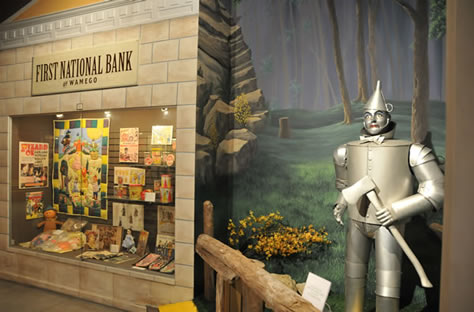 The majority of the collection belongs to Todd Machin, who began collecting Oz memorabilia while doing a term paper on The Wonderful Wizard of Oz in college.