This local history library and museum are located in the historic Oxford County Jail, a granite structure which was built in 1822 from locally-quarried stone. The library dates back to 1902 while the museums collections date back to the earliest years of the community. For example, visitors can see an oil painting that depicts the clearing of the forests--the work that paved the way for the establishment of the town. Paris became the county seat shortly after the establishment of Oxford County, which was part of Massachusetts when it was established in 1805.

The museum is located in the historic jail which was built in 1822. 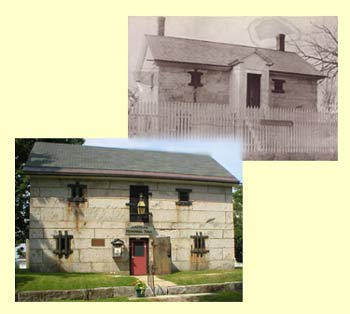 After the county built a new jail in 1896, Augustus Hamlin purchased the building. Hamlin was the nephew of Vice President Hannibal Hamlin who had served during Lincoln's first term. Hamlin donated the building to a local women's organization, the Ladies of the Paris Hill Library Association. These women opened the library in 1902 and the former jail continues to serve Paris as an educational facility. In addition to a circulating library, guests may tour exhibits related to local history and use the genealogical library.