Described as "principal structure associated with the history of weather observation" in the United States, this observatory is home to the oldest continuous weather record in North America. Founded in 1885 by Abbott Lawrence Rotch as a weather station and research facility, it is the place of many pioneering weather experiments and discoveries.

The Blue Hill Meteorological Observatory was declared a National Historic Landmark in 1989. 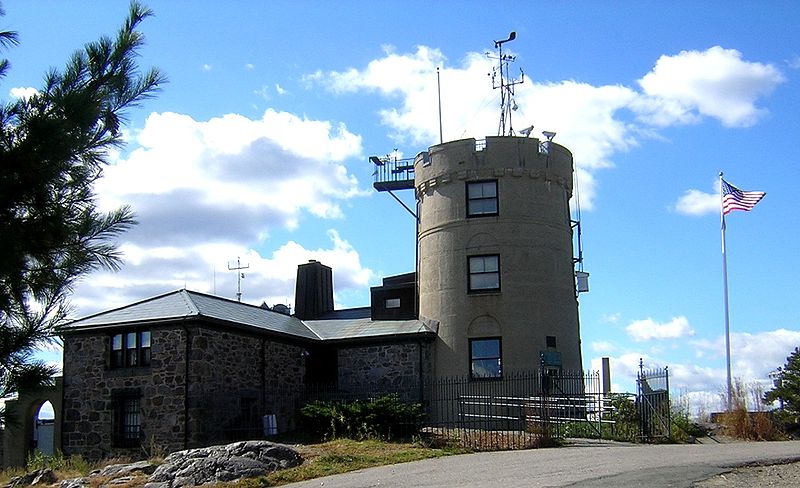 The observatory building was completed by the end of 1884 and the first regular observations begun on February 1, 1885. The observatory founder, Abbott Lawrence Rotch, was only 25 years old when he constructed the first small stone weather Observatory. The observatory remains active to this day, and stands as a monument to the science of meteorology in the United States. It makes weather observations such as temperature, atmospheric pressure, sky cover, and minutes of sunshine.