The old State Route 75 tunnel in Ironton was constructed from 1859 until 1866 for horse-and-buggy traffic. It was the main way in and out of town. The tunnel was put out of use in 1960 by being filled with dirt, but it was re-opened in the spring of 1989 by the Lions Club. The club uses the tunnel as a “haunted tunnel” around Halloween to raise money for charities. 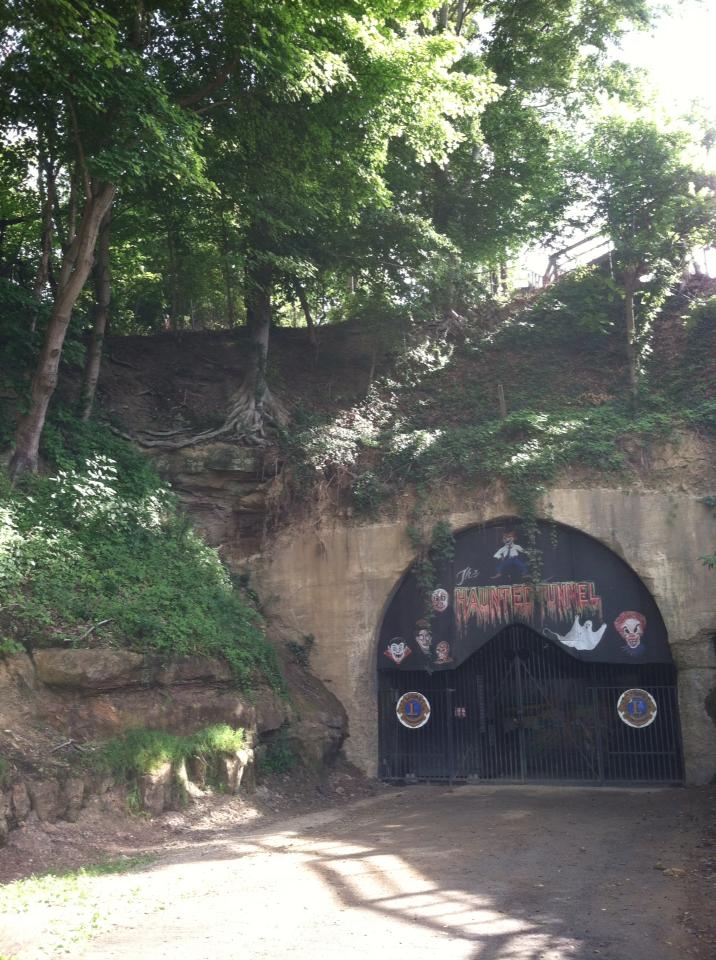 The OH 75 tunnel was a 165-foot-long roadway tunnel that was later renumbered as OH 93.  The tunnel was constructed from 1859 to 1866 by Dr. B.F. Cory to make transporting the products of iron furnaces in Lawrence County easier.  The tunnel had to be bored through sandstone and limestone while being built.  In 1915, the tunnel was enlarged by the Mahble Brothers to 30-feet wide to allow two automobiles to fit in the tunnel at a time, though it was still no easy feat.  The tunnel was closed and sealed in 1960 when a four-lane bypass was constructed to the west as part of the OH 93 realignment and US 52 freeway construction development.1

In 1989, the tunnel was cleaned out and reopened by the Ironton Lions Club with permission from the state of Ohio. It has since been used as a “haunted” tunnel every Halloween since 1991.1 The tunnel was vandalized in 2011, with some copper wire stolen, but the Lions Club rebuilt the tunnel’s interior to be “bigger, better, and scarier than ever.”3