The Original Governor's Mansion in Helena, Montana is an historic home built in 1885 (1885 is indicated on the National Register of Historic Places Nomination Form, but the mansion's website says 1888). It was designed by Cass Gilbert in the Queen Anne style. It served as the state's governors mansion from 1913 to 1959 when a new house was built. The mansion is now open for tours. It was placed on the National Register of Historic Places in 1970. 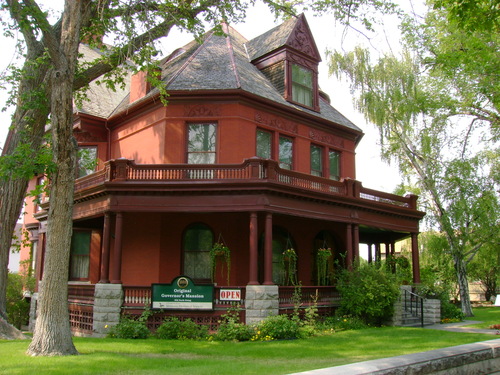 Entrepreneur William Chessman built the house. He arrived in Helena in 1865 and became president of the Consolidated Water Company, which later became the city's water company. He married and bought the property where the house is located in 1875. Two other wealthy families eventually lived in the house, the Larsons and the Conrads. Peter Larson was a railroad contractor and G.H. Conrad was a bank official. The state of Montana bought the house in 1913.