The Boone County Courthouse was opened in 1921 in a small town named Madison. 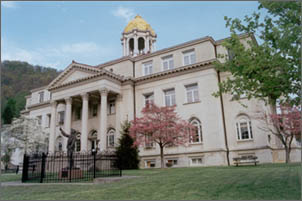 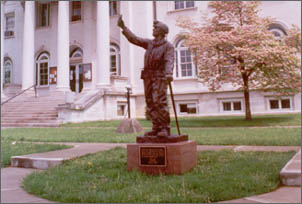 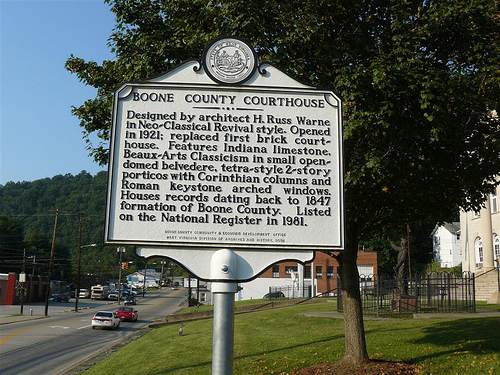 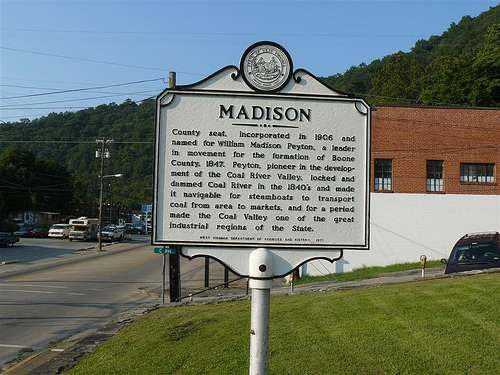 The Boone County Courthouse is located in a small town in rural West Virginia named Madison. The county seat was incorporated in 1906 and named for William Madison Peyton, who was a leader in movement for the formation of Boone County in 1847. Peyton was a pioneer in the development of the Coal River in the 1840s and made it possible for steamboats to transport coal from area to markets. Peyton helped the Coal Valley become one of the great industrial regions in the state. 1

The Boone County Courthouse was designed by the architect H.Russ Warne.  Warne was a pioneer leader and organizer with the early West Virginia professionals in the field of architecture. Warne produced plans for many prominent buildings in West Virginia during the time of his career. His works are found throughout the state but not in the northern or eastern panhandles of the state. Warne was a leader in the organization of a state board of architecture and of the West Virginia chapter of the A.I.A. Several of his partnerships employed future architect professionals in the future. He was a student of the Beaux Arts in Paris and was even in Rome at one point. Warne always remembered the Boone County courthouse because it was mentioned in his obituary. The courthouse is a Neo-Classical Revival style building. 1

It opened in the year of 1921 and replaced the first brick courthouse. The features are the Indiana limestone. It is a three-story building and the Beaux-Arts Classicism is noticeable. It is a prime example of the early 20th century classicism in southern West Virginia. The elevator put inside the building is the most notable change in the interior of the building. In 1977, a renovation plan had the exterior stone surfaces be cleaned (sandblasted). The renovation plan was 195,000 dollars. Limestone is one of the features that is presented, others are the Beaux-Arts Classicism in the small open-domed belvedere, tetra-style- two-story porticos with Corinthian columnns and Roman keystone arched windows. The records dated back to 1847 to the formation of Boone County. The courthouse was listed on the National Register of Historic places in 1981. 1

The cramped brick building that the original courthouse resided in was no longer suitable for the requirements of the County Court by 1913. In 1917 the plans for a new spacious building were submitted by a West Virginia architect, H. Russ Warne of Charleston, and were approved. There were construction problems because the Indiana limestone edifice was not ready to use until 1921. The delays, dissension, financial problems, etc. affected the project. Relations between several contracting agencies and the county court caused some trouble for the architect. The architect complained to the court in March 1919 because the contractor was not furnishing the materials needed, and wasn’t providing sufficient skilled workmanship to the building. With the mess at hand, the project was placed into the county court’s hands, which successfully ended with the completion of the building. The Boone County Courthouse provided the community with a public building that instilled pride for living in West Virginia. 1