Borchert Field, once known as Athletic Park, was home to several minor and major league baseball teams, two National Football League teams, and several events throughout its tenure in Milwaukee from 1888 to 1952. The park was demolished in 1952 after the lease to the Milwaukee Brewers expired and they moved to County Stadium. Borchert Park was replaced with a playground until 1963, when I-43’s construction was finished, changing the area that the field once stood on. 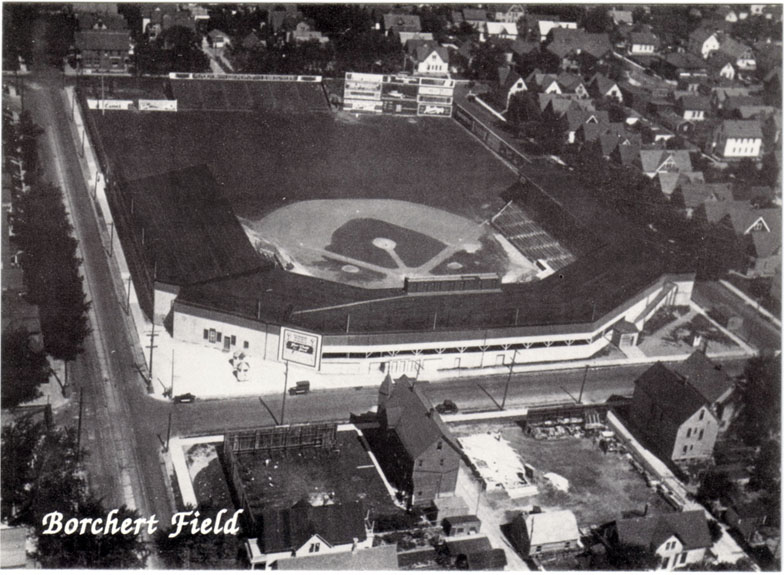 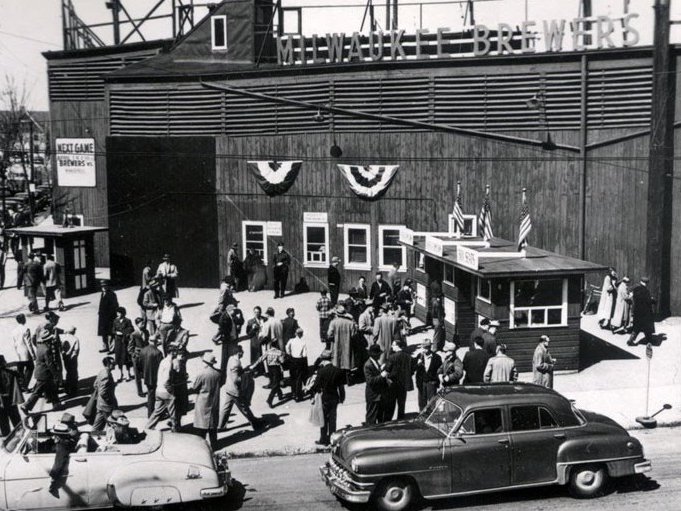 An advertisement for Borchert Field, 1943 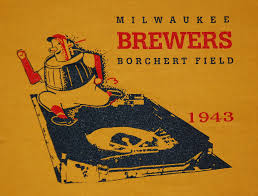 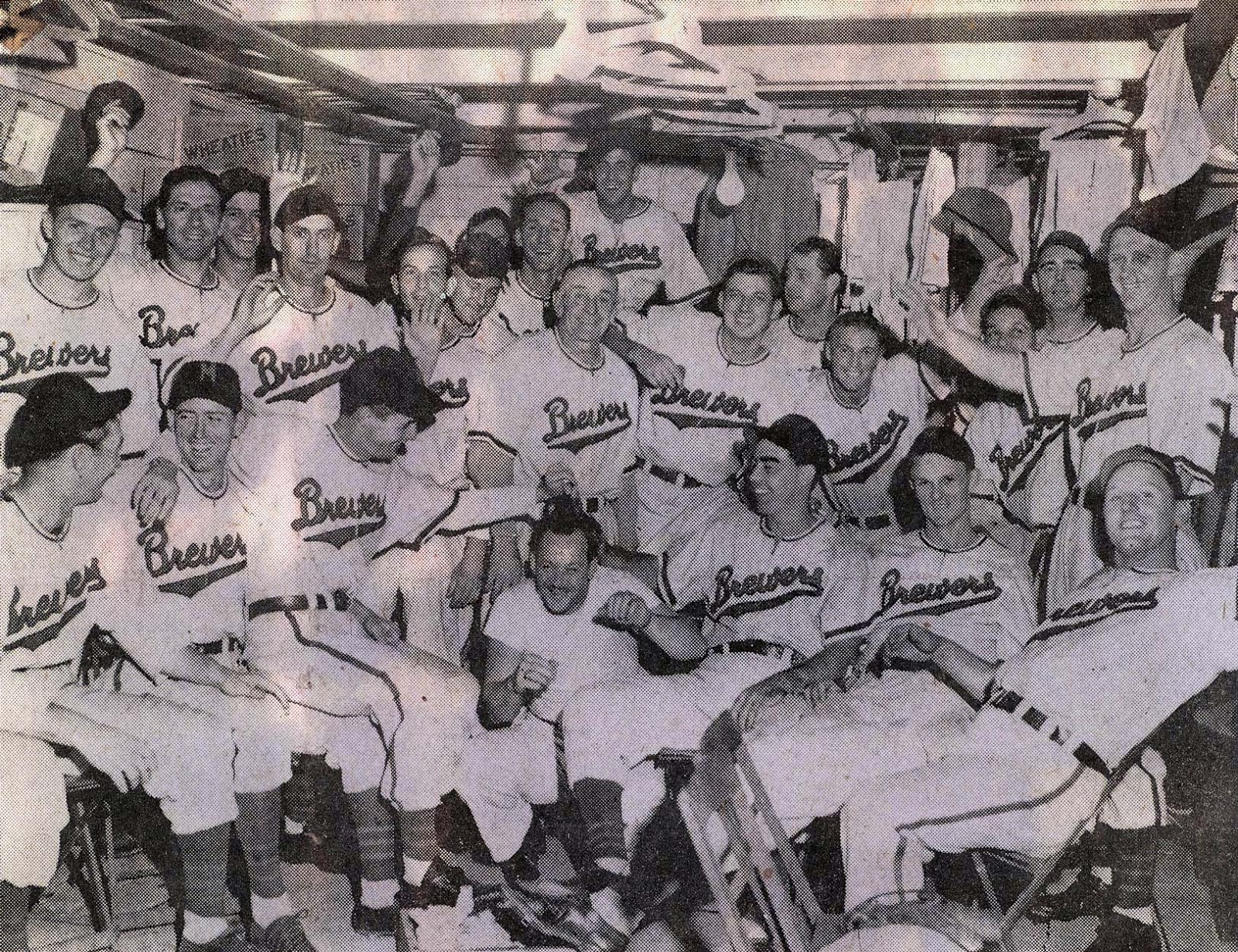 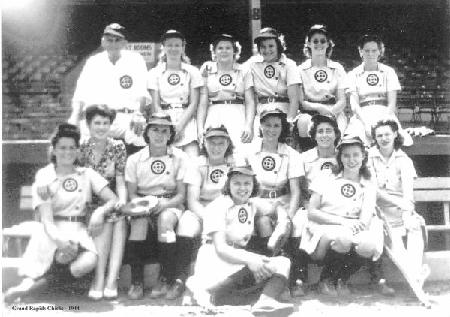 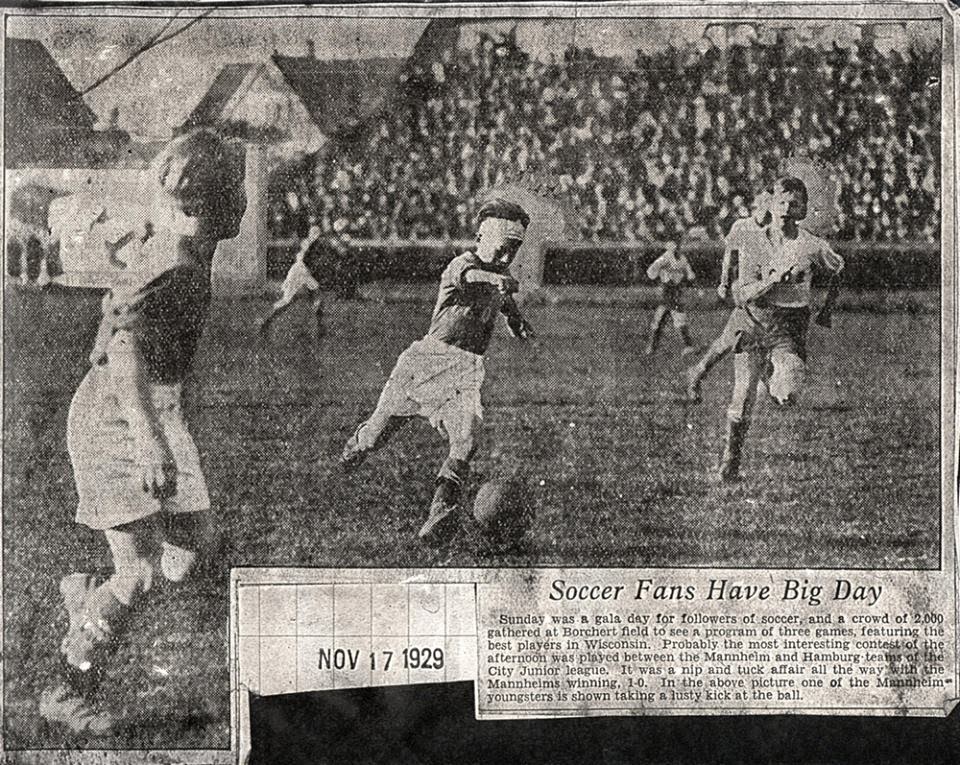 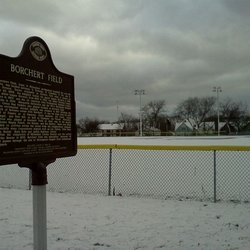 Originally known as Athletic Park, Borchert field housed a major league baseball team until 1891, a negro league team in 1923, an All-American Girls Professional Baseball League team in 1944, the minor league Milwaukee Brewers from 1902 to 1952, and the National Football League Milwaukee Badgers (1922-1926) and Green Bay Packers (1933). The land to Athletic Park was purchased by the minor league ball park in 1888, doubling the value of the land around the park. Due to the odd, rectangular shape of the field, however, spectators in the grandstands could not see the entire field. The original park held up to 10,000 fans, though few depictions of the original stadium remain, and the renovated park held approximately 18,000. Athletic Park underwent no major alterations after 1910, except for the installation of lights in 1935. The park was renamed Borchert Field after the untimely death of the owner in 1927. By the 1940s, Borchert Field was oldest park in the American Association, and the Milwaukee Brewers would find a new home at County Stadium after their lease expired in 1952.

The Milwaukee Brewers, a prominent minor league team in the American Association, would open Athletic Park against the St. Paul Saints in 1888. They would play their games at this stadium until 1891. Other minor league teams would use the stadium until 1894 and local events would be held through 1896 before the area was converted to drill grounds for the local national guard. In 1902 the owner of the land would rebuild Athletic Park, creating the basic form it would have until 1952. The Milwaukee Brewers would leave Borchert in 1952 for County Stadium, but eventually relocate to Toledo due to the arrival of the Milwaukee Braves.

Several other professional baseball teams would call Borchert home throughout its tenure as the longest-lasting ballpark in Milwaukee. The Negro National League Bears would use Athletic Park in 1923 for several months before becoming a road-only team and eventually disbanding due to lack of press and low attendance. The All-American Girls Professional Baseball League would also house a team here for the 1944 season, but would move them in 1945 for similar reasons.

The Milwaukee Chicks, an All-American Girls Professional Baseball League team, were the Leeague’s 1944 champions. Known as one-year wonders, the Chicks would provide one of only three major titles for Milwaukee sports in its only season in Wisconsin. Due to play-off games being held by the Brewers at Borchert in 1944, the Milwaukee Chicks would win their championship at Lakefront Stadium, playing 7 away games against the Kenosha Comets. Without the support of the locals, the champion Chicks would move to Grand Rapids, Michigan in 1945, where the team would remain until the League disbanded in 1945.

Borchert Field would be the location of many local events including State Fairs, car shows, concerts, and rodeos. The stadium would also host boxing and wrestling events. Due to its long tenure as a baseball stadium, hosting several teams, players such as Babe Ruth, Johnny Legend, and Hank Aaron all made appearances at Athletic Park. Torn down in 1952 when the Milwaukee Brewers left, a playground replaced the field until 1963. The area now holds the busy I-43.