The former Jackson County Jail and Marshal's House, now a museum, is located in Independence, Missouri. It was built in 1859 and designed by architect Asa Beebe in the Federal Style. Twelve large limestone cells are located at the back of the house. It was placed on the National Register of Historic Places in 1970. The Jackson County Historical Society operates and manages the jailhouse and museum. It was added to the National Register of Historic Places in 1970. 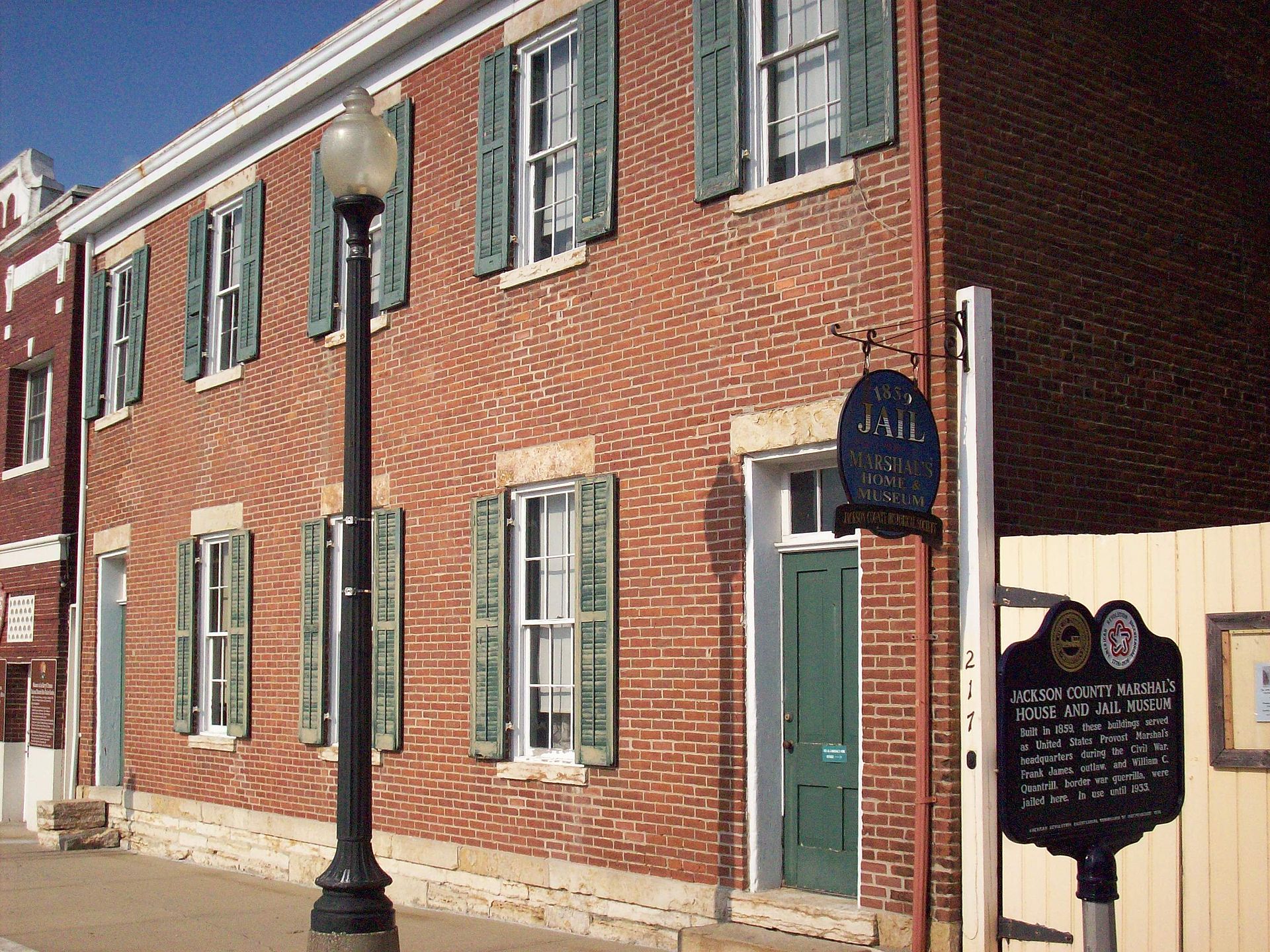 Closeup of the historical marker in front of the building. 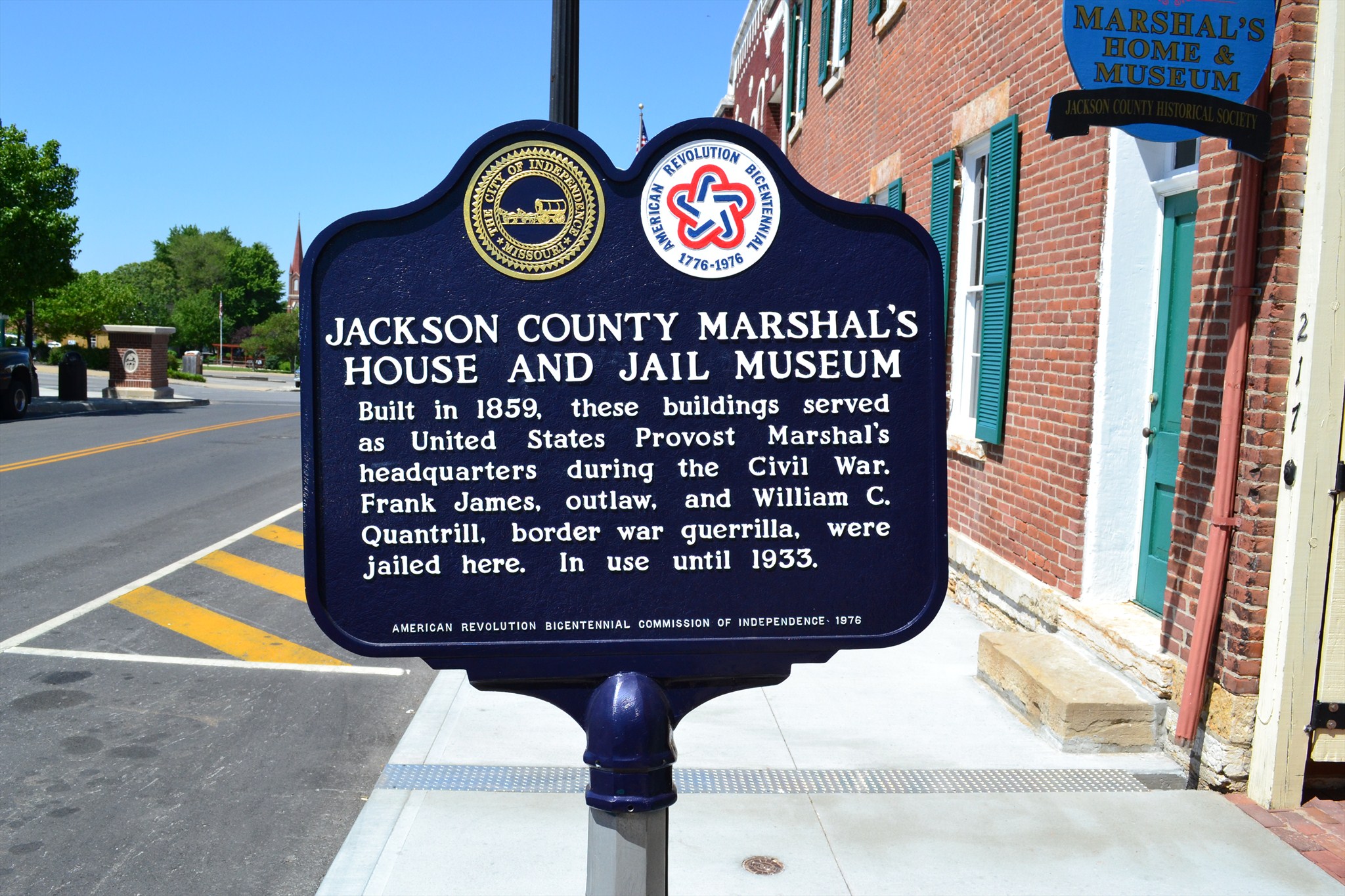 A look inside where the jail cells are located 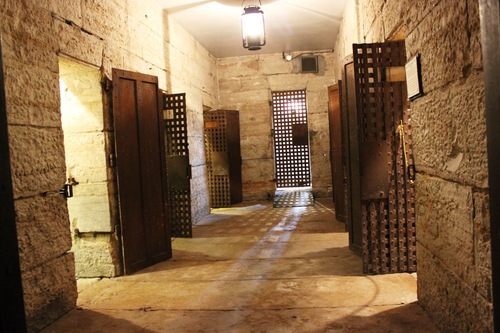 The jail was in operation from 1859-1933. The county used it for offices, work training programs and government bureaus during the Great Depression. It house two well-known border war guerillas: William Quantrail and Frank James. Women and children were also held there during the Civil War between 1863-1864. They were imprisoned as a result of an order given by given by Union General Ewing Thomas Jr. (called Order Number 11), which forced the evacuation of four rural counties in western Missouri so that people could not assist Confederate soldiers. The jail and courthouse were under threat of demolition but the new established historical society, with the assistance of President Harry Truman (who was born in Independence), prevented that from happening.