Wupatki, which means "Tall House" in the Hopi language, is a three-story Sinagua pueblo dwelling with more than 100 rooms. Before the site was permanently abandoned in 1225, the Wupatki Pueblo was the tallest, largest, and perhaps the richest and most influential pueblo around. It was home to upwards of 300 people, and several thousand more lived within a day’s walk. The Wupatki National Monument features this and numerous other settlement sites built by the Ancient Pueblo People, including the Sinagua, Cohonina, and Kayenta Anasazi. In total, there are upwards of 800 settlements on the 54-square mile site, and all of the dwellings at the site were built by the Anasazi and Sinagua Indians in the 12th and 13th centuries. Today, the Wupatki National Monument appears empty and abandoned. However, visitors to the area can discover ball courts similar to Mesoamerica and Hohokam tribes in Arizona, hundreds of ruined structures, and examples of a great cultural society that was involved in trade from as far away as the Pacific and the Gulf Coast.

The Wupatki Pueblo was three stories tall and had over 100 rooms. It is estimated that 300 people lived in the building. 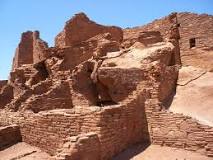 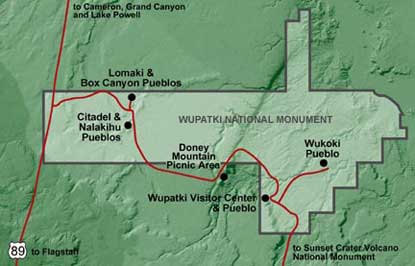 Depiction of early life at the Wupatki National Monument 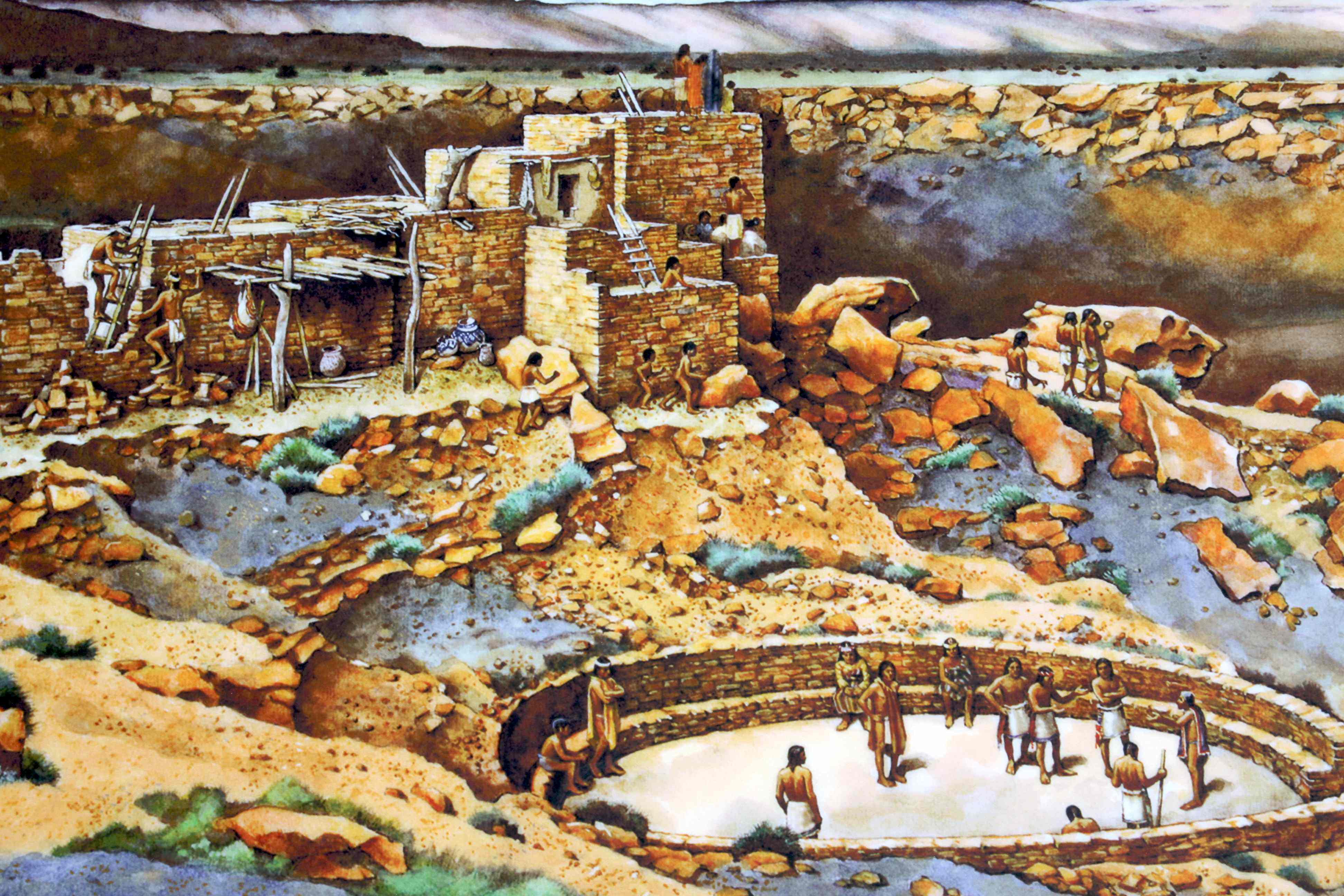 In an effort to effectively preserve Citadel and Wupatki pueblos, President Calvin Coolidge worked alongside Harold S. Colton and Samuel A. Barrett to establish the Wupatki National Monument on December 9th, 1924. Although the boundaries of the monument have changed throughout the years and archaeological expeditions still discover new aspects of the life and culture of early inhabitants, visitors and history buffs can still walk through the grounds to explore five of the historic pueblos.1

Navigating the Parks
Day trips throughout the pueblos should take about 2 hours, but if visitors have less time, they are advised to allow at least 30 minutes to explore the Wupatki Pueblo, which is located on a self-guided trail beginning behind the visitor center. This pueblo has at least 20 points of interest ideal for a comprehensive tour, and some of these important features include a community room, a mason ballpark, and a natural geologic blowhole.

In terms of getting around, visitors can grab a detailed map from the Visitors Center as well. The Wupatki Pueblo is the closest to the Visitors Center, as it is located on a 0.5-mile loop trail. Trips to the Box Canyon Dwellings, Nalakihu Pueblos, and the Citadel Pueblo also require about a 0.5-mile round trip. There are ample picnic spaces near the Painted Desert Overlook, the Visitor Center, and the Lomaki Pueblo parking area, and camping enthusiasts can discover Coconino National Forest campgrounds near the Wupatki and Sunset Crater National Monuments.2

Because the Wupatki National Monument covers a massive and panoramic landscape, it is important to only stay on the designated paths when exploring the various sites. Straying from the self-guided paths or vandalism the sites (such as by climbing on the walls) is prohibited. However, getting around the park is not especially difficult.

Visitors should also consider grabbing a Discovery Pack from the Visitors Center before heading off on the trails. These packs include binoculars to better see faraway vistas, field guides describing the history and ecosystem surrounding the pueblos, drawing paper, and a field journal for recording the experience.3

Scenic drive, trails, and most pueblos are open all year, from sunrise to sunset. The Visitor Center is open daily from 9:00 AM - 5:00 PM