Located on an entire city block in downtown St. Louis, the Old Post Office (sometimes known as the United States Customhouse and Post Office), dedicated in 1884, was one of five grand Federal buildings ordered constructed in the aftermath of the Civil War. (The other four buildings were located in New York, Boston, Philadelphia and Cincinnati – none of them are still standing.) The St. Louis building was designed by architect Alfred B. Mullet in the Second Empire Style (the same style as that of the Louvre in Paris), and is one of the few remaining buildings in that style. It housed not only the Post Office and the Custom House, but a wide array of government offices. In 1957, the building was declared surplus property by the Federal government. Threatened with demolition, it was saved by a public-private partnership established near the end of the 20th Century. The Old Post Office eventually became a mixed-use facility (which it remains today), in which governmental organizations and private enterprises share use of the building. It was entered in the National Register of Historic Places in 1970. 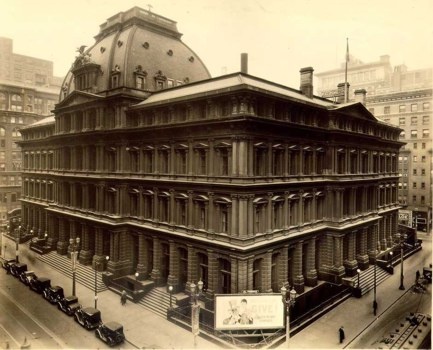 The exterior of the Old Post Office as it stands today 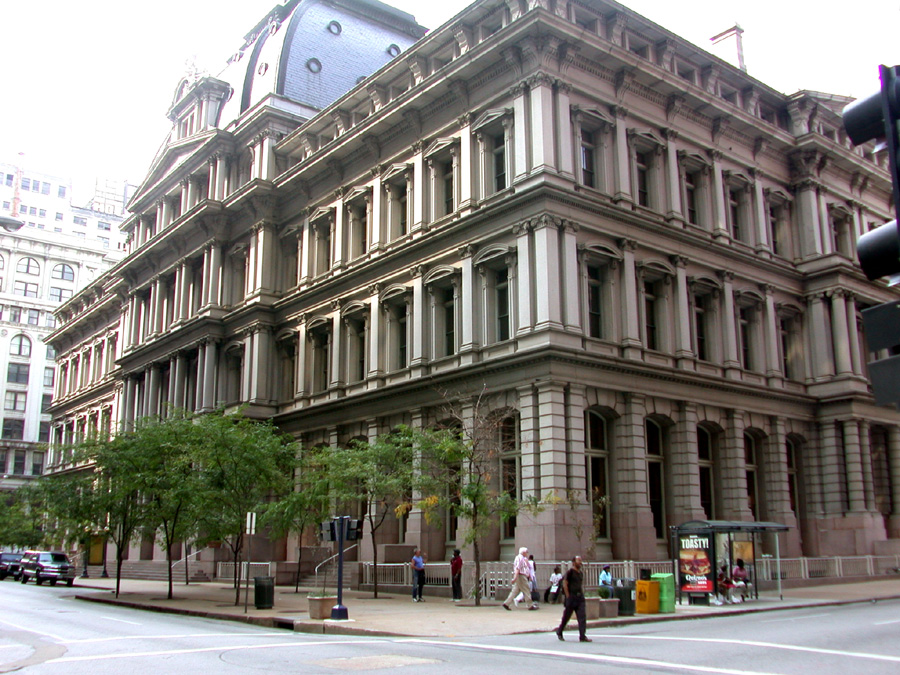 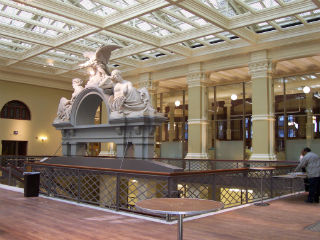 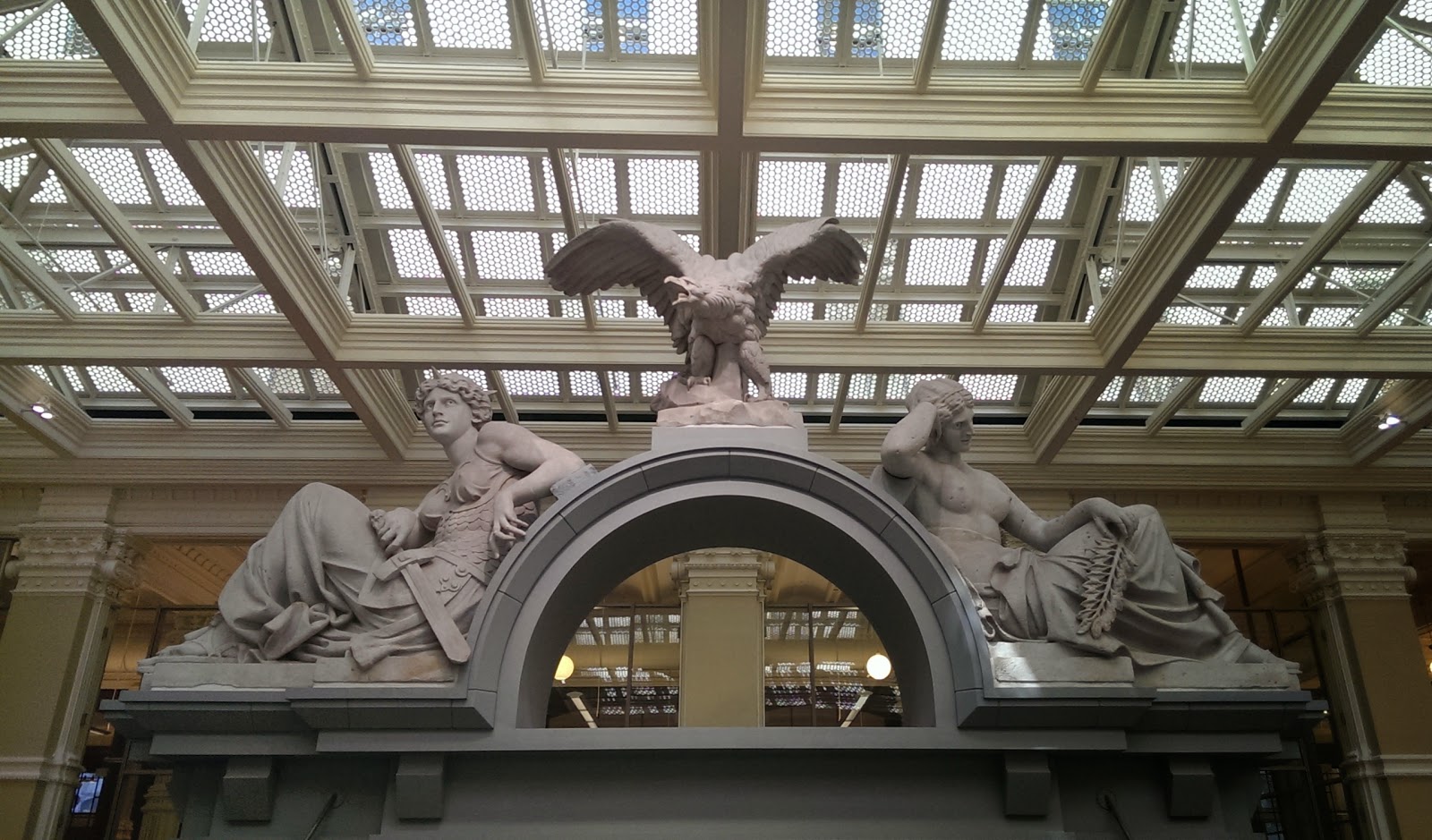 In the 1880s, five Federal buildings were created within the fastest-growing cities in America, in order to handle the official duties of the Federal government during the Reconstruction Era and to symbolize the power of the U.S. government in those cities. Alfred B. Mullet designed the St. Louis building in 1872, assisted by William C. Potter and James G. Hill, who redesigned the building's cupola and added the moat that surrounds it. Because of the then-recent horrific Chicago fire, great care was taken to make the building fireproof through the extensive use of wrought iron, cast iron and brick, rather than employing flammable materials. The use of iron also allowed for elaborate ornamentation, which would have been prohibitively expensive if hand-carved materials, such as wood, had been used. Overall, the building represented the most up-to-date technology of the day.

The Second Empire style that the architects employed was so common to Federal buildings of that era that it became known as "General Grant architecture." Indeed, none other than Gen. William Tecumseh Sherman spoke at the Old Post Office's dedication, describing it as "... a symbol not only of the business sense of the republic, but an emblem of power, an evidence of the kindness of the government of the United States." A noteworthy feature of the Old Post Office was a sculpture in front of the cupola by Daniel Chester French, future creator of the massive statue of Lincoln at the Lincoln Memorial, called "Peace and Vigilance" (now located in the atrium).

Many government offices over the years operated here. According to the building's website, the St. Louis Post Office at that time was the "main conduit for commerce and correspondence to and from all points west." It was also home to the 8th Circuit Court, which became the largest circuit court in America, covering ten states and four territories. Other U.S. offices included the U.S. Courthouse and Subtreasury, the Steamboat, Lighthouse and Post Office Inspection Offices, a branch of the IRS, the U.S. Corps of Engineers and even congressmen's offices.

By the 1980s, there were few tenants remaining and the building itself was in severe disrepair. A renovation attempt in the 1990s failed. In the final years of the 20th Century, a public-private partnership was created. A free transfer of the building was carried out from the U.S. General Services Administration (GSA) to the Missouri Development Finance Board (MDFB), in effect turning the Old Post Office into a state government building for the first time. Innovative sources of financing were found, and by the time of the rededication ceremony in 2006 (one hundred twenty-two years after the first dedication), the building was 100 percent leased. Current tenants include Webster University, the Missouri Court of Appeals, the St. Louis Public Library, the Missouri Attorney General's and Secretary of State's offices, and Teach for America.