This parking lot was the site of Broome County's historic Alms House. The Gothic/Second Empire structure was built in 1870 and demolished in 2010. 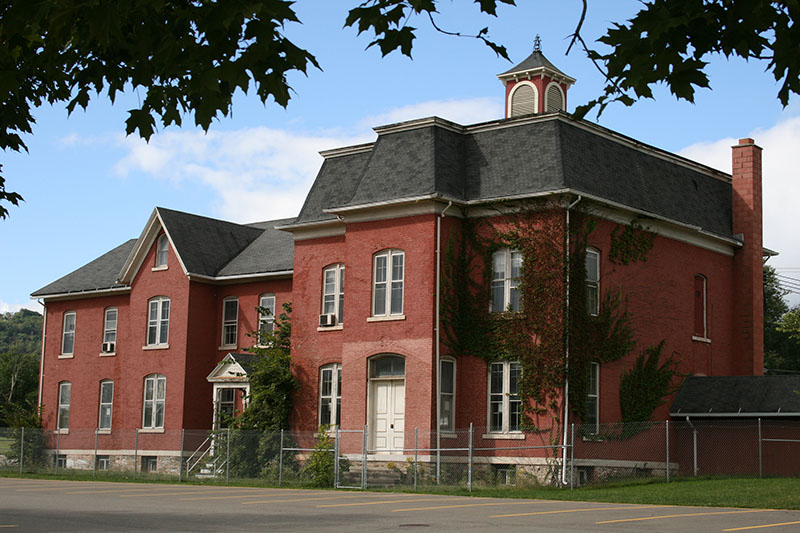 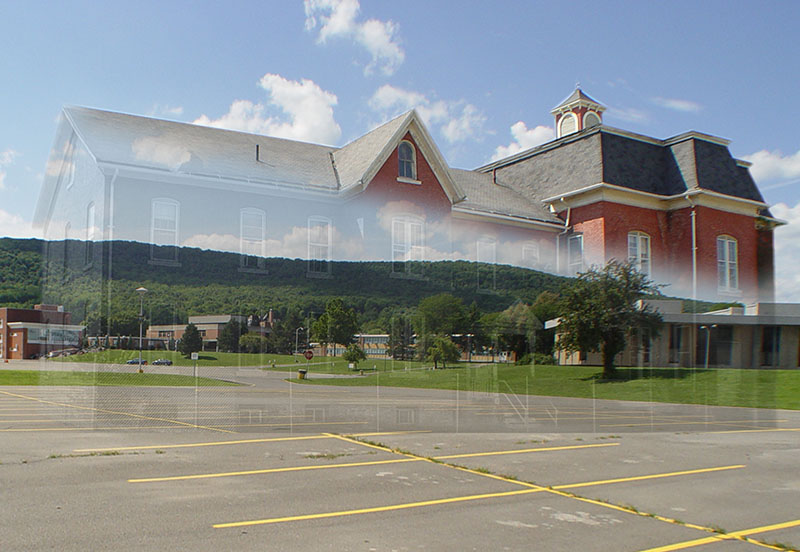 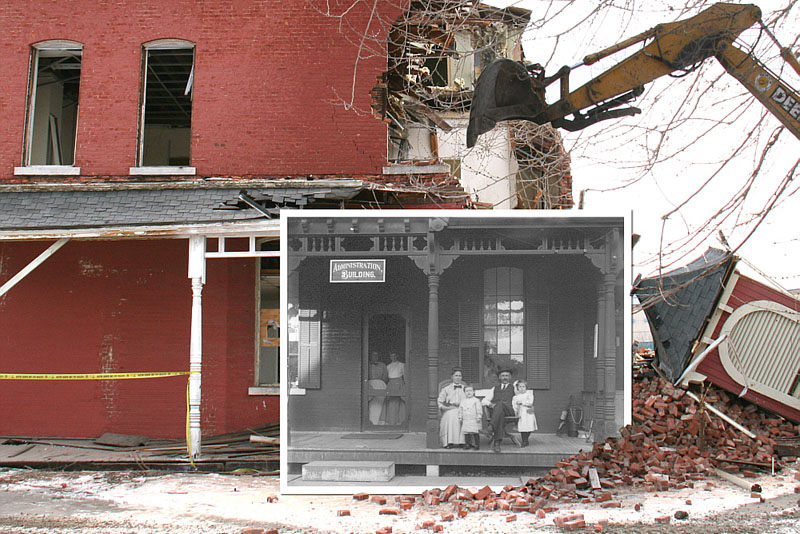 Built in 1870, what became known as the Alms House was the administration building of Broome County's Poor Farm, an institution established in 1830 to house the indigent, handicapped, aged, widows, orphans, unwed mothers, "illegitimate" children, and pauper immigrants of our community. It was built at a time when attitudes toward the less fortunate were changing… a time of humanitarian reform that would also establish asylums to care for the mentally ill and, of historical significance to this area, the inebriates of our society. Built on 130 acres of land, the Poor Farm would expand into a complex of seventeen buildings. By 1868 the patient population would exceed 1500 and it would continue to grow. In the 1930s, as social attitudes and policies changed, population at the farm started to decline. The 1950s brought the addition of a county jail to the campus, and by the late 1960s, due to a combination of dwindling population and expansion requirements by Broome Community College (now known as SUNY Broome,) the Poor Farm was closed.

Starting in 1978 the college made repeated attempts to demolish the building. In each case, the building was saved by public concern for preserving the historic structure. Finally, on February 5, 2010, the Alms House was demolished.