The General Textile Strike of 1934 swept across the nation in the height of the Great Depression straining relations between workers, management, and mill owners. In September, 1934 the General Textile Strike grew to the largest labor strike in American history. Honea Path, South Carolina marked a violent nadir of the ongoing strikes. Textile workers circled the Chiquola Mill in protest of low wages and unsafe work environments. On September 6, 1934, seven people were shot to death, with 30 other protesters wounded at the Chiquola Mill strike in Honea Path, South Carolina. The shootings at the Chiquola Mill drastically changed the small town for two generations. The origins of the shootings remained a mystery until 1995 when The Uprising of 34, a documentary, uncovered the conspiracy that silenced a community for 60 years. The killings at Chiquola Mill were effectively covered up by fear tactics prompting residents of Honea Path to enter a pact of silence to protect themselves. 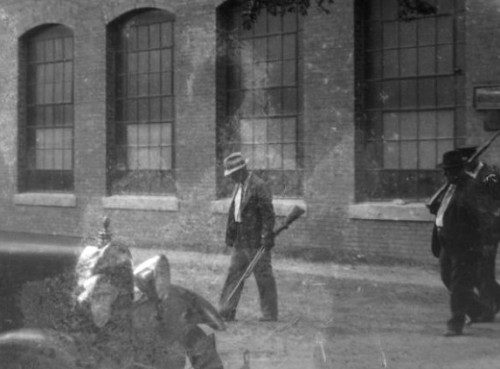 Funeral for victims of the Chiquola Mill shooting. 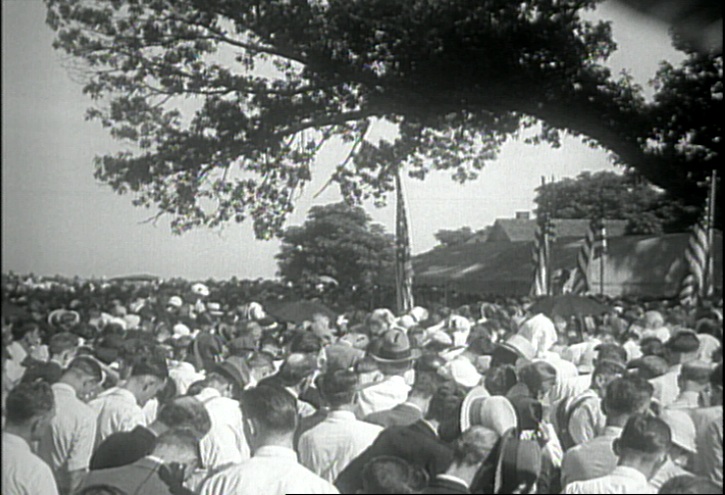 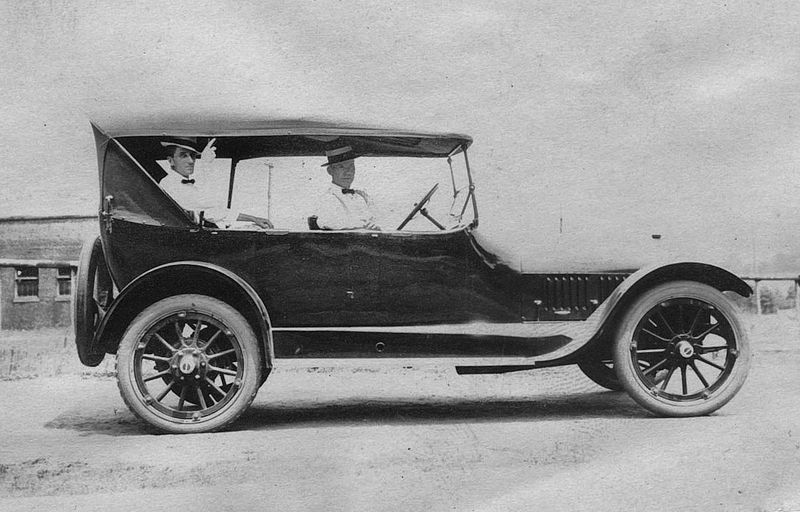 Following the Civil War, Southern labor demands increased with the emancipation of slaves. Contracted labor replaced the former slave-based agriculture region. Eventually sharecropping spread through parts of the South to fulfill agricultural labor demands. Cotton remained the staple cash crop of the South despite a decline in value. However, sharecropping represented a better method of fulfilling labor shortages than contracted labor that heavily resembled slavery. Sharecropping provided some means social upward mobility and autonomy compared to contract labor. Between the 1870s and 1880s lumber businesses entered the South clearcutting tremendous amounts of forest. Railroads quickly followed lumber companies clear-cut paths throughout the south. Sharecropping remained prominent in agriculture, but people soon flocked to work for lumber companies and the railroads. Now that the South had better transportation via railroads, Southerners looked to promote the New South, especially trying to attract other industrial jobs.

Textile factories in England and the North-eastern United States served as the springboard of industrialization. Proponents of the New South looked to revitalize the geographic region by emulating the success textile factories brought England and the Northern United States. Southern businessmen and entrepreneurs looked to diversify the South taking advantage of economically depressed farmers, cheap labor, and new technology. The foothills of Appalachia from South Carolina northward to the Piedmont region of Virginia witnessed a tremendous increase of textile mills from the 1880s to the 1920s. Mill villages popped up around these areas creating communities of textile workers. Fathers, mothers, and children typically worked in the mills together. However, issues of child labor spread across the country creating many problems for mill owners. By the 1920s, Southern textile factories surpassed the production of textile factories in New England. The Southern textile industry drew the attention of unionists who naturally headed south attempting to unionize mill workers.

The Carolinas during the Depression experienced numerous labor strikes deriving from unsafe work conditions and low wages. The General Textile Strike of 1934 set in motion several labor strikes in the Carolinas. Greenville, SC experienced a labor strike where squads of World War I veterans were employed by local politicians and law enforcement to help deal with strikers. The labor strike in Greenville did not culminate in violence but the small neighboring town of Honea Path experienced a smaller strike that did erupt in violence. In 1934, Honea Path’s population was barely over 2,700 people, and socioeconomic class factors divided the small community. Dan Beacham the Chiquola Mill owner, was also Mayor of Honea Path. Beacham’s position as mill owner and mayor illustrate common themes in southern textile history. Just as coal companies constructed coal towns owning the housing, company stores, and schools, mill villages operated in nearly identical fashion. Beacham ordered 100 policeman and deputized many citizens to deal with the strikers.

On September 06, 1934, roughly 300 strikers surrounded the Chiquola Mill protesting low wages and unsafe working conditions. Dan Beacham ordered law enforcement officers and deputized citizens to handle the strike. As the strikers protested, someone shot their gun, causing several minutes of gunfire. Seven people died from gunshots and numerous people were injured. Contradictory accounts of who fired first, strikers or law enforcement, added confusion to an already difficult situation. The Anderson Independent printed an article the next day stating, non-union workers and deputized citizens shot first. The tragic events of the Chiquola Mill compounded when local elites used fear tactics to keep people from openly talking about the shooting. Honea Path residents remained silent about the event despite their alignment with strikers or anti-unionists.

Some good derived from the tragic events at Chiquola Mill. In 1935, President Roosevelt signed into law the National Labor Relations Act, allowing for workers to more freely unionize, collectively bargain, and strike if necessary. Overall the General Textile Strike of 1934 failed on a national scale. Workers gained virtually no benefits and returned to the mills to support their families. The shooting at Chiquola Mill helped influence FDR and his New Deal labor programs but unionizing in the South remained low. The labor conflict in Honea Path fall in line with American labor history, however, the Chiquola Mill shooting illustrates a more peculiar case in labor conflict.

Following the shooting at Chiquola Mill, residents refrained from talking about the event out of fear, regardless of socioeconomic status. Furthermore, mill superintendents, George Lollis and R.L. Calvert were elected mayor .Two generations of Honea Path residents did not know about the events at Chiquola Mill. However, in the mid-1990s George Stoney and independent filmmakers Judith Helfand and Susanne Rostock began production on the Uprising of 34’ a documentary focusing on the forgotten General Textile Strike of 1934. Uprising of 34’ takes special interest in the Chiquola Mill shooting, showing oral history interviews of mill workers who went on strike and other town residents. South Carolina television refused to broadcast the documentary but eventually gave in from continued pressure. Furthermore, Journalist, Frank Beacham the grandson of mill owner and mayor, Dan Beacham discovered his family secret after the Uprising of 34’ premiered. Frank Beacham investigated his family and other residents involved with the strike. He came to find out that his grandfather was the person who ordered police and deputized citizens to fire on the strikers. Angered by his family’s dark past, Beacham set out to discover the truth about the shootings, and his grandfather’s involvement. Beacham helped implement a monument to the seven strikers who died on September 06, 1934. Beacham is in the process of writing a book about the Chiquola Mill shooting and the affect it had on town residents. He currently writes a daily blog ranging from labor issues, music, technology, and history.