Foster Hall (originally named Melodeon Hall) was built by Josiah K. Lilly, Sr., the former president of the major pharmaceuticals company Eli Lilly, on the grounds of an apple orchard he owned, in order to house a custom-built organ he had constructed. The building, which had seven gables, was designed by prominent local architect Robert Frost Daggett in the Tudor Revival style. In the early 1930s, Lilly, a lover of the music of famous American songwriter Stephen Foster, began using the house to collect materials relating to Foster's life and work, eventually totaling over 10,000 separate items. In the mid-1960s, the land containing the orchard as well as the hall were donated to the Park School for Boys, which moved to the area as its new campus. In 1970, the Park School merged with a girl's school to form the Park Tudor School, which now owns Foster Hall and rents part of it as a conference and meeting hall. In 2005, Foster Hall was included in the National Register of Historic Places.

Foster Hall from the side 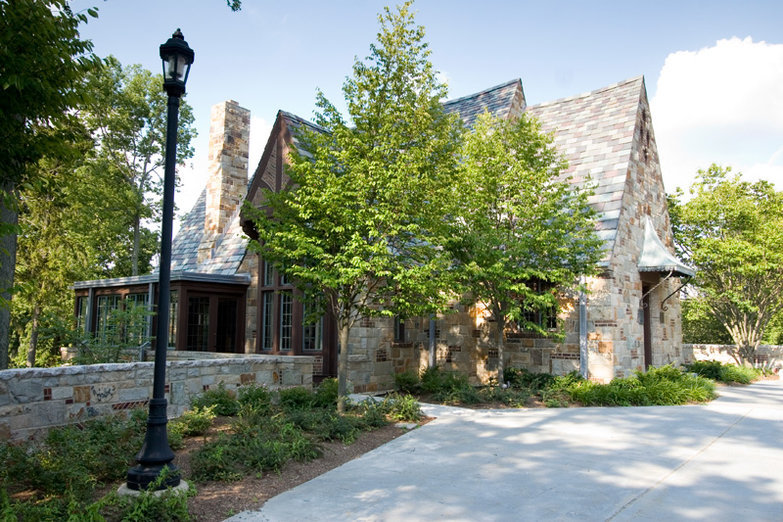 Foster Hall from another angle 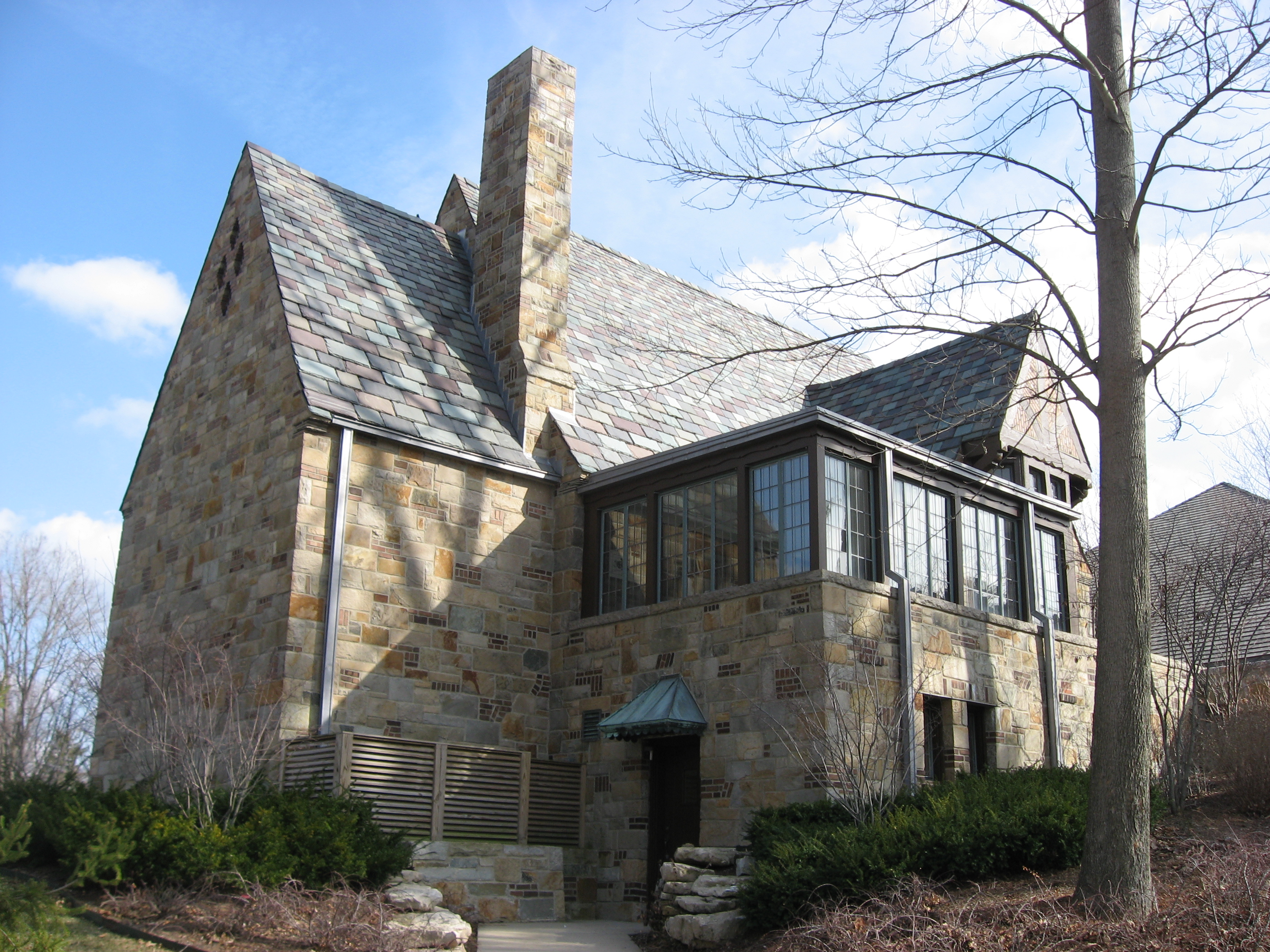 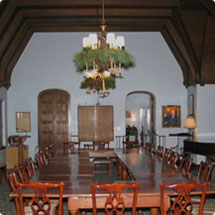 In 1896, Josiah Kirby Lilly, Sr., the son of Colonel Eli Lilly, founder of the major pharmaceutical manufacturer Eli Lilly, purchased a large chicken ranch outside what was then the city limits of Indianapolis, and another adjacent 15 acres from a second landowner. J.K. Lilly soon turned the area into an apple orchard, which he and his sons frequented for parties and picnics. He wished to purchase a pipe organ but, having no room for it in his own home, decided to build a home for the instrument within his orchard. In 1926, he contracted an organ manufacturer to design a custom-built organ with 26 sets of pipes and hired Indianapolis architect Robert Frost Daggett to construct the house. Daggett designed it in the Tudor Revival style, containing seven gables with the main entrance centered under the front gable, several alcoves to the south, an inglenook to the east, a bay window and a sunroom to the west, and at the north end, the organ alcove. The inglenook had a stone fireplace and wooden paneling whose joints were in the "mortise and tenon" style, a typical design of Tudor Revival buildings. Musical recitals were frequently held in this new house. A plaque over the entrance read: "Dedicated to Harmony. Let no Discordant Note Enter Here."

After retirement, J.K. Lilly pursued his interest in the music of his favorite composer, Stephen Foster, for whose work he had felt a strong attachment since childhood. From 1931 on, Lilly began to collect recordings, sheet music and all manner of artifacts relating to the life and career of Foster, totaling eventually over 10,000 items, and stored them in the house, which he renamed Foster Hall. Lilly eventually hired a staff to manage the collection and admitted interested visitors free of charge. (This collection was eventually donated to the University of Pittsburgh's Stephen Foster Memorial Museum.)

After J.K. Lilly's death in 1948, his sons managed the orchard until 1967, when they donated the property, including Foster Hall, to the Park School for Boys, founded in 1914. In 1970, the Park School merged with the Tudor Hall School for Girls (founded in 1902), to become the Park Tudor School, which now occupies the campus that formerly held the apple orchard. In 1976, Foster Hall was renovated as a conference center by Indianapolis architect H. Roll McLaughlin in a 1920s style. Though additional restorations were made in the early 1990s, the structure of the building remains essentially unchanged.