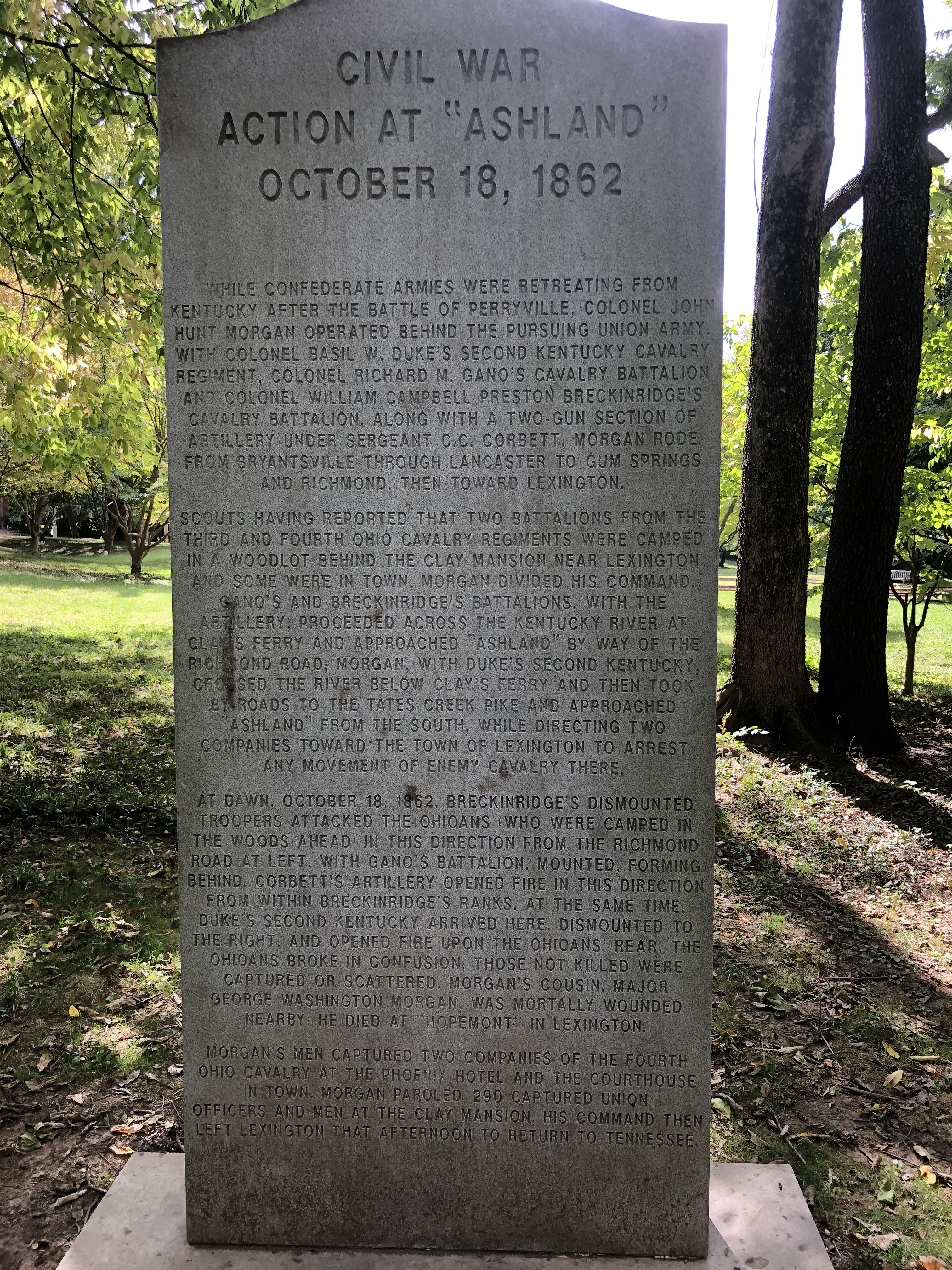 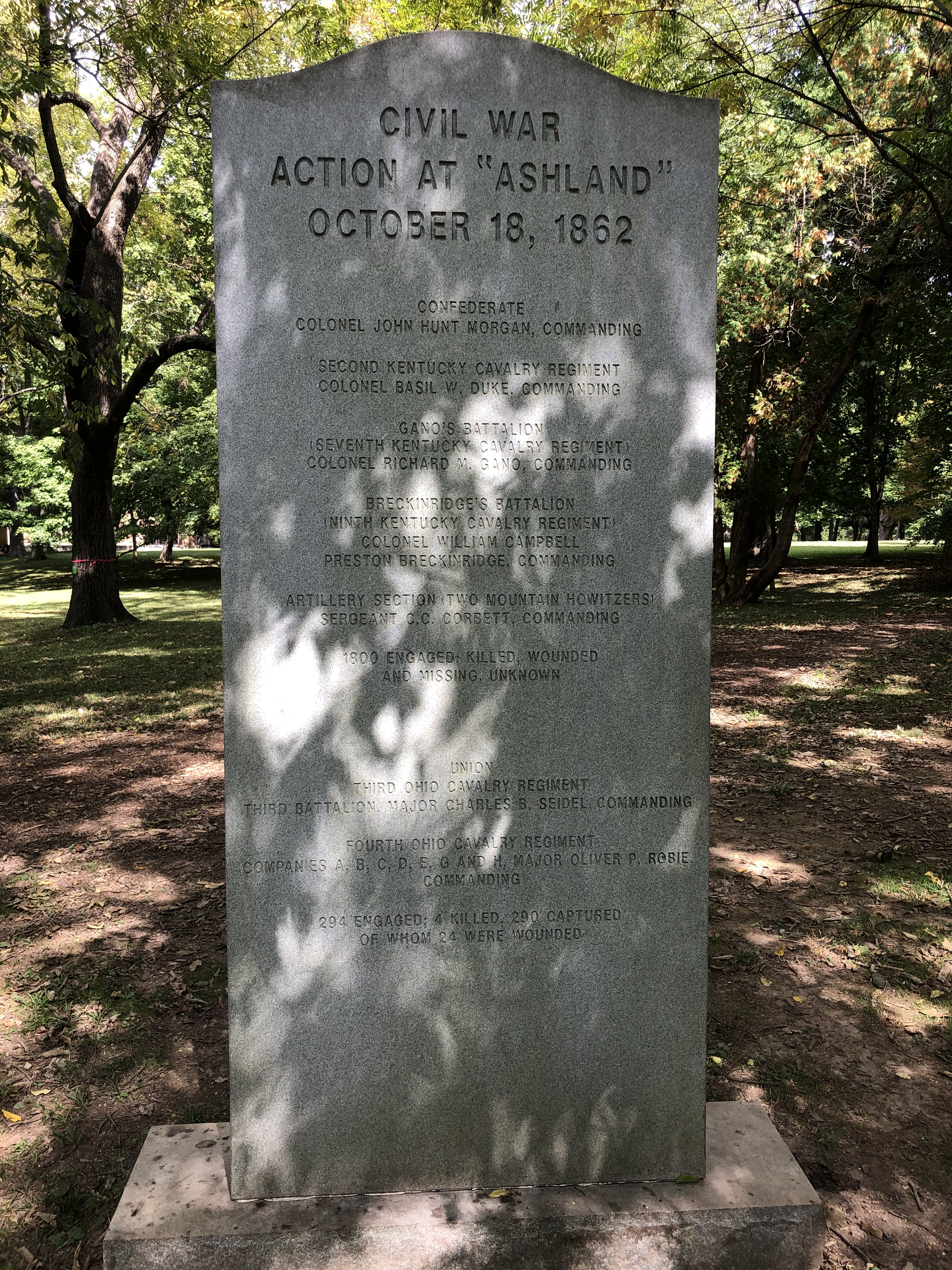 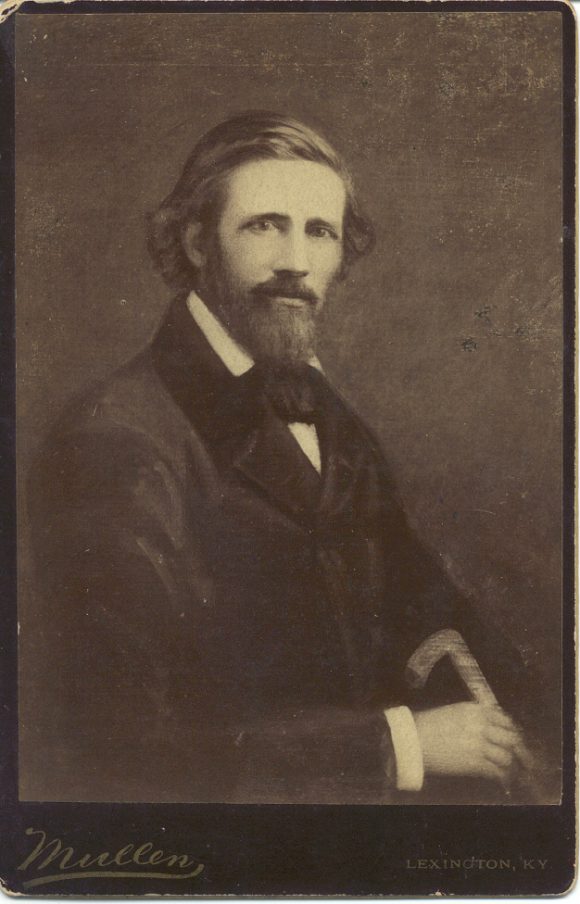 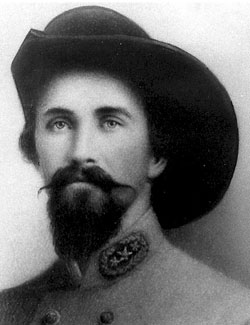 When the Civil War began in 1861, the Ashland Estate was the home of Henry Clay’s son, James B. Clay. Clay was a Transylvania University graduate and had finished a term in the House of Representatives for the state of Kentucky just two years prior. He had been appointed to attend the 1861 peace conference in Washington D.C. but felt that the efforts to prevent war were pointless. When the war officially began later that year, Clay aligned himself with the Confederate cause despite the largely Union sympathies in Lexington and the commonwealth’s initial attempts to remain neutral.

Clay’s beliefs put him at odds with many in the Lexington area. Fearing for the safety of himself and his family, Clay attempted to flee the commonwealth but was captured and imprisoned at Camp Dick Robinson. Eventually, Clay was allowed to return to Ashland. During the summer of 1862, Lexington was under Confederate control after attacks led by Major General William Nelson, and Clay became more outspoken in his support of the Confederate states.

Yet, when Confederate troops led by General Braxton Bragg were defeated by Union General Don Carlos Buell at the Battle of Perryville, the Confederacy began to retreat from the region. After the battle, Union troops were occupying the Ashland Estate. Confederate General John Hunt Morgan led an ambush against the small Union troops stationed at Ashland. The Union forces were overwhelmed and defeated in less than 15 minutes due to the surprise nature of Morgan’s attack and the fact that they were vastly outnumbered. Just four Union soldiers were killed while the remaining 290 men were held briefly as prisoners while the Confederates raided their supplies before releasing them and continuing their retreat.

After the Confederates pulled out of the city, Clay fled fearing prosecution for his role in supporting the Confederates. He fled to Cuba in 1862 where he remained until the following year when he joined a number of Confederate sympathizers in Montreal. Clay never returned to Kentucky as he became very ill with tuberculosis in Montreal where he died of the illness in 1864.

This monument on the grounds of Ashland stands in honor of the battle. It gives a brief account of the battle and stands just near the gardens of the estate.