Located near the banks of the Tennessee River, the Florence Indian Mound is the Tennessee Valley's largest domiciliary mound. It is a typical example of the work of the early Native Americans who lived in Alabama.The 42 foot high quadrilateral mound has a summit measuring 145 x 94 feet. Early settlers in the region found steps on the east side and evidence that the mound had been enclosed by a semi-circular earthen wall. The museum contains Native American artifacts dating back over 10,000 years, arranged in chronological order from Paleo to Historic periods. 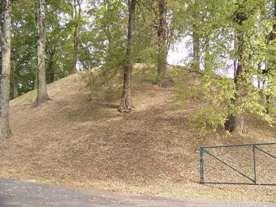 This 43 foot mound is adjacent to a small museum that offers the largest cache of ancient pottery, tools, and jewelry ever found in the state of Alabama 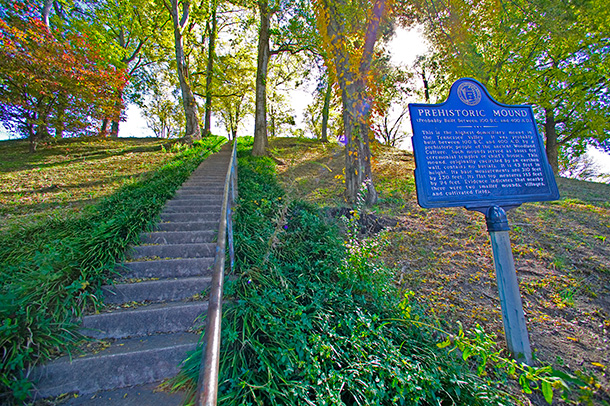 The mound is known as "Wawmanona" and was built about 500 A.D. in a rectangular, flat-topped shape. The mound is 42 feet high, with the summit measuring 145 feet by 94 feet. Historians say the Indian Mound was used for ceremonies and other tribal activities such as promoting peace and solidarity, commemorating the passing of time and encouraging trade.

Archaeologists rave about the preservation of the mound and the numerous artifacts that can be found in the educational museum at the mound’s base. The museum houses a large collection of Native American relics found in area, with chronological displays and explanations of artifacts from Paleo to Historic periods. Many of the artifacts, including dozens of arrowheads, are believed to be several thousands of years old.

Steps lead to the top of the mound so you can experience what many before us experienced.