The South Philadelphia Sports Complex is a multi-acre complex located in South Philadelphia, PA. The complex first housed Sesquicentennial Stadium (also known as Municipal Stadium) in 1926 for the Sesquicentennial Exposition. In 1964 the stadiums name was changed to John F. Kennedy Stadium to honor the fallen President. Past stadiums in this complex include; JFK Stadium, Veterans Stadium, and The Spectrum. Current stadiums in this complex include Lincoln Financial Field, Citizens Bank Park, and The Wells Fargo Center.

The Sesquicentennial Exposition of 1926 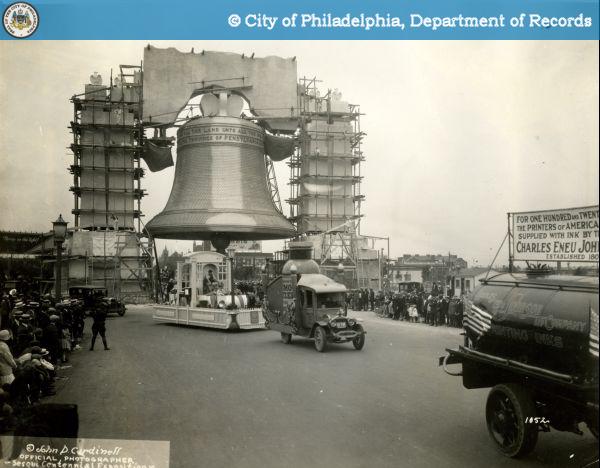 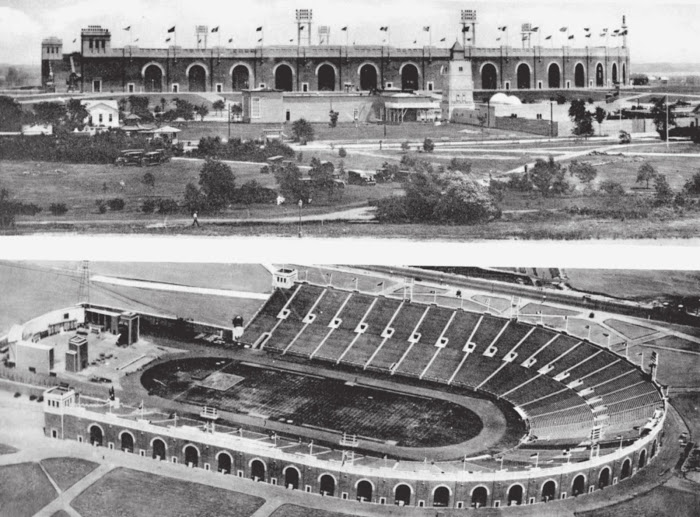 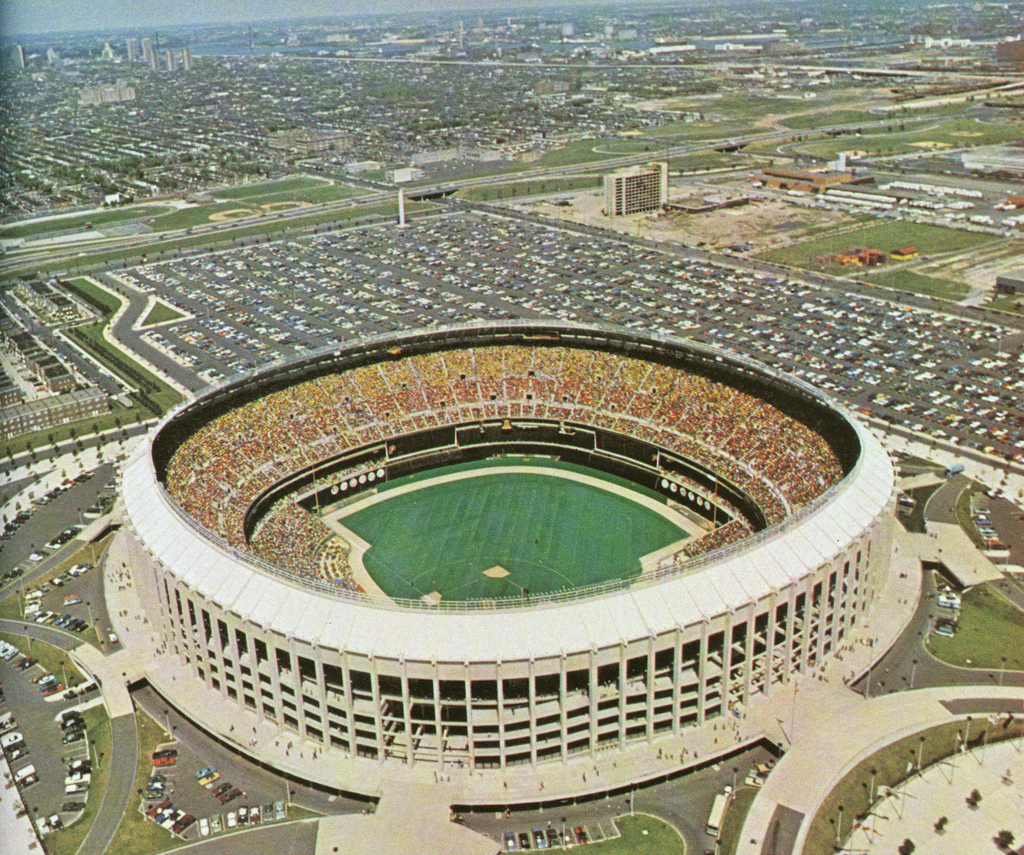 John F. Kennedy Stadium in 1971 with The Spectrum and Veterans Stadium in the background. 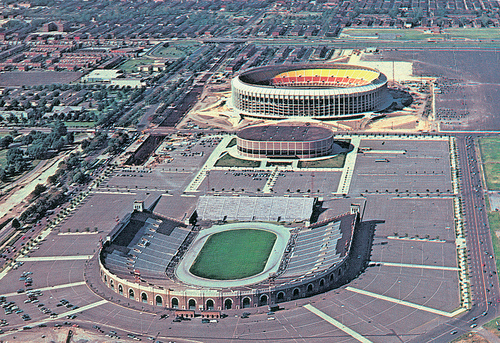 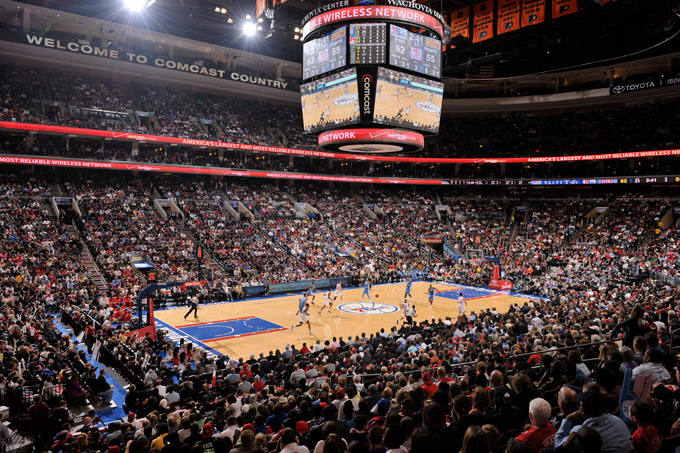 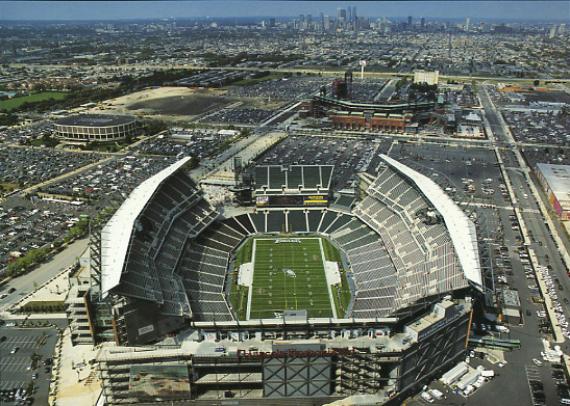 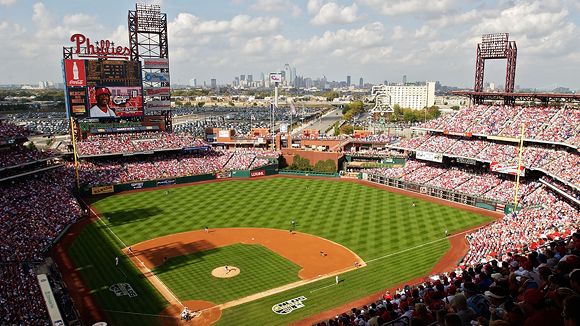 The area in South Philadelphia now used to house multiple stadiums and arenas first began in 1926 with the Sesquicentennial Exposition in Philadelphia. The Sesquicentennial International Exposition was a World’s Fair to celebrate the 150th anniversary of the signing of the Declaration of Independence. In conjunction with the fair a large stadium was built. After the exposition all that remained was the stadium, now renamed Municipal Stadium. In 1964 the stadium was renamed again to honor President John F. Kennedy. During its run JFK Stadium hosted the Philadelphia Quakers who were part of the first American Football League, the Philadelphia Eagles, and numerous Army-Navy games. The stadium was demolished in 1992.1,2

In 1967 The Spectrum arena was opened and hosted teams such as the Philadelphia 76ers (NBA) and the Philadelphia Flyers (NHL). The Spectrum hosted numerous Stanley Cup Finals, NBA finals, and a few All-Star games for both the NHL and NBA. There were dozens of concerts held at the arena including; Aerosmith, Genesis, Pink Floyd, The Who, The Doors, and many more. Before its closing in October 2009 rock group Pearl Jam performed The Spectrums last concert. By April 2011 demolition of The Spectrum was complete and the area now consists of a parking lot. Plans to open a 300-room hotel on this site are underway.3

Fans would go on to name Veterans Stadium “The Vet” and no one particularly liked the stadium. From the nosebleed seats in the 700 level to the cold mushy hot dogs, fans and visitors alike were hardly impressed. The players also held a deep dislike for “The Vet” because of the hard surface under the artificial turf. Visiting players not only had to deal with the hard turf but also notoriously rowdy Phillies and Eagles fans. Visiting players referred to “The Vet” as a “hellhole”. “In a 1989 game against the Dallas Cowboys, rowdy fans tossed snowballs at visiting players, coaches and officials; even then Mayor Ed Rendell got into the act–to his later embarrassment and chagrin–betting a fan that one of his missiles couldn't reach the field. Eight years later, the Eagles became the first team in sports to set up an on-site courtroom to handle the gamut of game-day infractions from public drunkenness, to fist-fights, to harassing visiting rooters. To help maintain decorum, the police department even dispatched officers dressed in opposition jerseys to sit in the Vet's upper 700-level (Explore PA History).” Unfortunately "The Vet" was becoming too costly to maintain so the decision was made to demolish it and build two new stadiums. The Eagles would play their final game at "The Vet" in 2002 while the Phillies played their last game a year later. Before demolition began rock group Bon Jovi performed the very last concert at Veterans Stadium to a sold out crowd. On March 21, 2004 Veterans Stadium was imploded in only 62 seconds and replaced by a parking lot for two new stadiums, Lincoln Financial Field and Citizens Bank Park.6

Hours depend on what game or event is currently going on in the complex.