The Read’s Drug Store sit-ins represent the first use of use of sustained direct action against segregation beyond the protests that occurred in places such as Wichita and a number of Northern college towns in the 1940s and early 1950s. Throughout 1955, protesters occupied members of the Read’s Drug Store chain throughout the city of Baltimore. The sit-ins were conducted by students of Morgan State College, along with members of the Baltimore chapter of the Committee of Racial Equality (CORE) who believed that by desegregating the drug store chain, they would be making a powerful statement about the dignity of people of color and the economic power of a united Black community. The main sit-in occurred at Read’s flagship store on January 20, 1955. Protested also organized several other demonstrations, including those that occurred at other franchise locations. The wave of sit-in protests may have been short-lived, but historians have shown that they inspired future direct action protests in other "Border Cities" from Missouri to Kentucky. In 1960, a similar protest in North Carolina led to a wave of protests throughout the Border South that even spread into a number of communities in the Deep South. 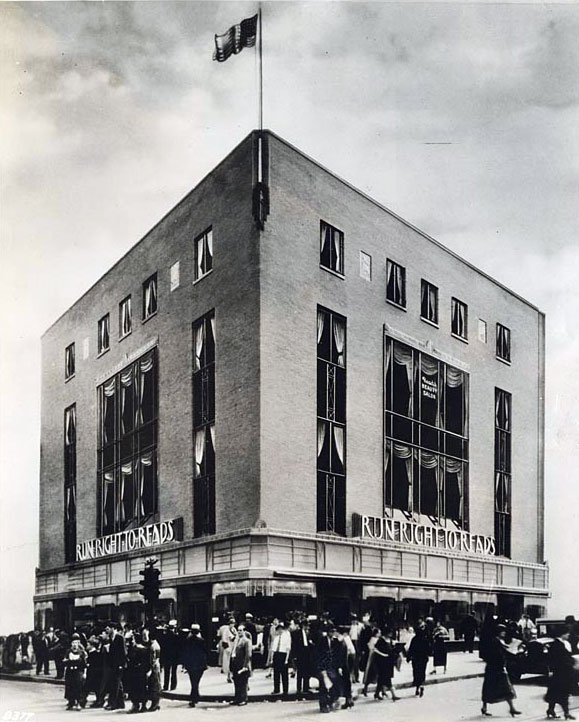 Read’s Drug Store opened in 1934, and had a policy of racial segregation in the 1950s, along with most other places in Baltimore. In 1955, students at Morgan State College in Baltimore, which was a primarily Black college, decided that they were going to begin to take action against racial segregation among businesses in Baltimore. After Morgan State students were denied service at Read’s drugstore, they decided to work together with faculty, along with the Baltimore chapter of CORE in order to work towards racial equality and desegregation of the drug store chain.

CORE was an organization of civil rights activists who were led by Ben Everinghim, who had previously been a high school history teacher.  CORE had many successes prior to the Read’s Drug Store success, and provided the students with guidance in conducting their sit-in. On January 20, 1955 CORE members and Morgan State students staged a short sit-in at the Read’s Drug Store flagship store, along with another sit-in which lasted for a week. The sit-in was led by CORE leader Ben Everinghim along with Dean McQuay Kiah, and Dr. Helena Hicks both of Morgan State.

The sit-in at the flagship store lasted for less than a half an hour, it was non-violent, and no one was arrested.  The participants were denied service however, and this sit-in sparked many other protests at other local Read’s. As a result of the sit-in protests of Read’s Drugstores, they lost business, and the owner announced that they would begin serving all customers at all locations. The results of this sit-in were quick, and led to integration at other businesses around Baltimore. The methods used during this sit-in also provided a model for future sit-in protests during the Civil Rights Movement.