Long Beach Marine Stadium was the first manmade rowing course in the United States. It was built in 1932 for the Summer Olympics of that year which held rowing events. Because of the width of the course, four teams were able to race at the same time “eliminating additional heats and allowing oarsmen to enter the finals at the peak of their form.” (1) In 1968 and 1976, the U.S. men’s Olympic rowing trials were held here as well as the women’s Olympic rowing trials in 1984. The site remains open today and still serves National and Olympic teams. 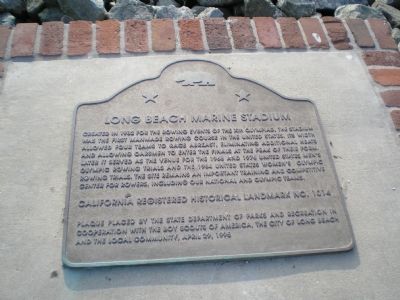 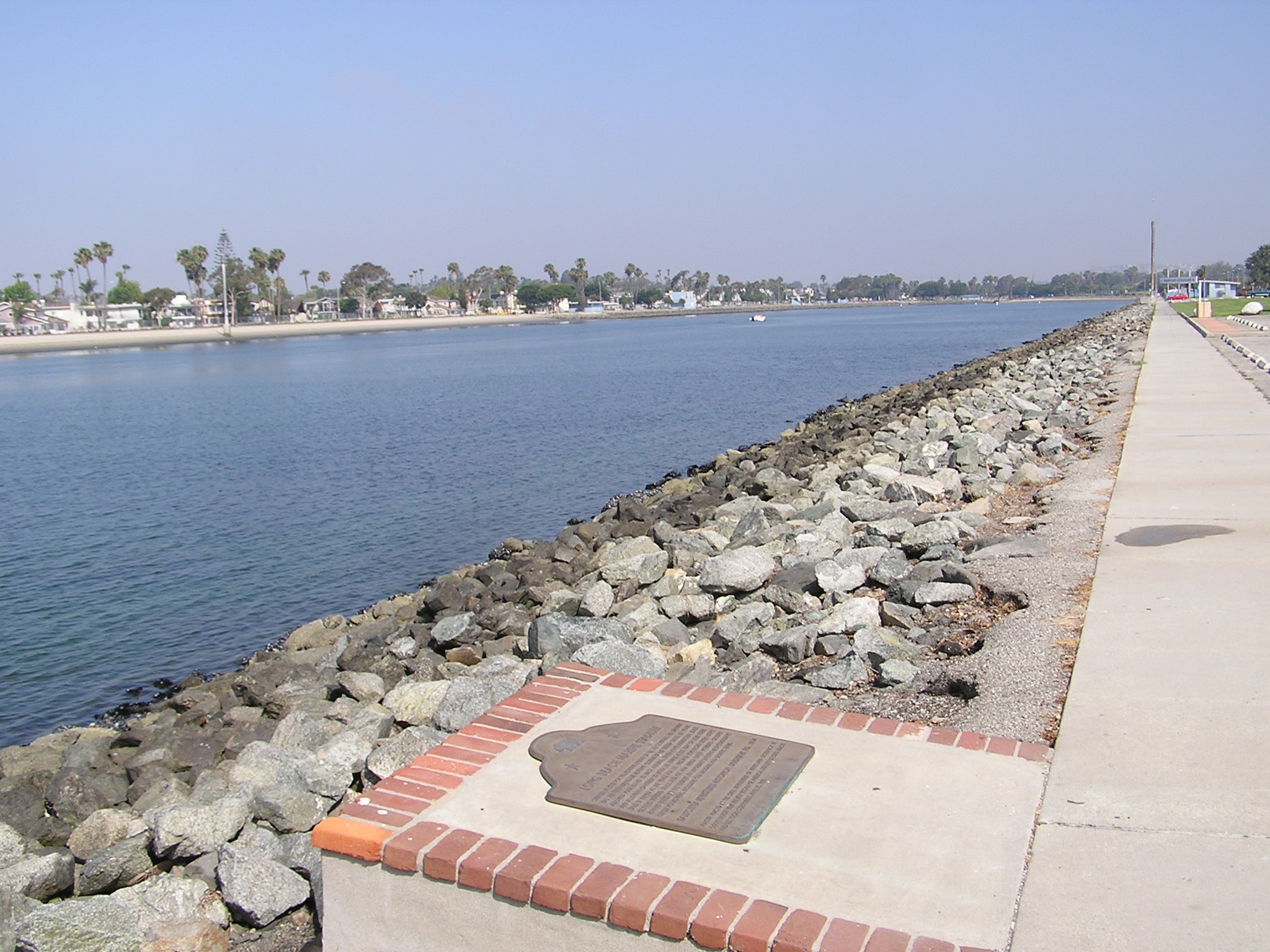 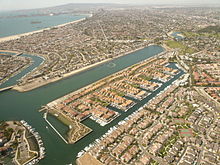 Located in Long Beach, California at Alamitos Bay, the Long Beach Marine Stadium was created for the rowing events of the 1932 Summer Olympics.  The site was purchased in 1923 and was expanded over a mile in length by the time of the Olympics. 2  The width of the course allowed for four rowing teams to race at the same time.  This elminated “additional heats and allowed oarsmen to enter the finals at the peak of their form”. 1

In March of 1907, the San Diego and Stanford University rowing clubs competed in the first rowing event in Long Beach, “and the first four-oared race on the Pacific Coast”. 3  In the 1920’s, a group of developers known as the Channel Club formed a recreational boating lagoon at the site by dredging more than “seven million cubic yards of sand, silt and mud” of the Alamitos Bay.3  The Marine Stadium was created shortly after because the site grabbed the attention of the Los Angeles Local Orgnizing Committee for the Xth Olympic Games as a perfect place for the rowing events.

In 1997, the temporary grandstands at Long Beach Marine Stadium were replaced with turf.  In 1998, “the venue expanded to accommodate new teen and disabled rowing programs.” 3.  The site is still important to our National and Olympic teams as a competitive and training center.  The marker was erected in 1995 by State department of Parks & Recreation, Boy Scouts of America, and the City of Long Beach & local Community. 1  It is designated as an official state historic site. 2