This calm beach, in San Francisco, is named for the Chinese fishermen who habitually camped on the beach in the late 19th-century. Their diligence and industry helped create and develop one of San Francisco’s most lucrative and important markets. Today, China Beach remains one of the cleanest beaches in the region and serves as an interesting note in the history of the area.

A view of the beach with the Golden Gate Bridge visible in the distance. (Photo courtesy of Wikimedia Commons.) 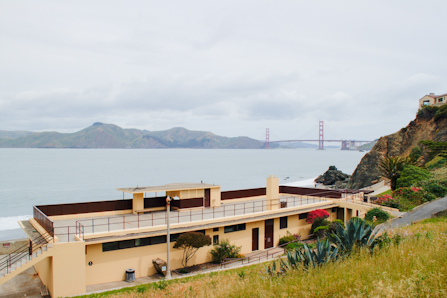 Seagulls on the beach. (Photo Courtesy of City Data.) 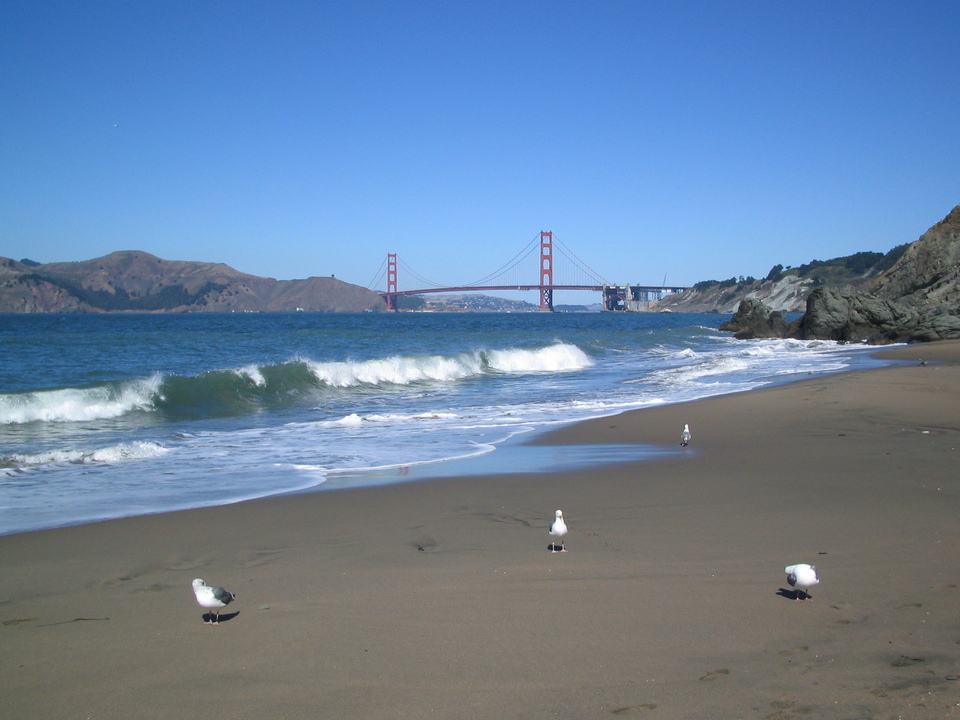 Located in the tiny Sea Cliff neighborhood, China Beach is a small cove that lies between Land’s End and Barker Beach, alongside the seashore of the Golden Gate National Recreation Area.  Previously known as the James D. Phelan State Beach Park, this tiny gem is one of the cleanest beaches in the state. Beach visitors enjoy sunbathing, picnics, and occasionally swimming, as this is the only beach in city limits that is considered safe for swimming. Sunrise and sunset at the beach are truly spectacular and more than a little romantic, especially when the dolphins swim far enough inland to jump and play in the waves. Intrepid beach-goers like to hike along the seashore from China Beach to Barker Beach during low tide, collecting seashells, mussels, and starfish along the way. In all but the foggiest weather, the beach affords breathtaking views of the Golden Gate Bridge and the Marin headlands.

The name, “China Beach”, is a small testament to the powerful influence that the Chinese-American community has had in building San Francisco. Many people do not realize that San Francisco is home to the largest Chinese community outside of Asia. There are three major “Chinatowns” stretching across the city. The oldest and largest is located at the Grant Avenue/Stockton Street junction and was settled by the Cantonese in 1848 during the California Gold Rush. The Irving Street Chinatown in the Sunset District bloomed during the early 1960’s when waves of Chinese immigrants were escaping Maoist China. The Clement Street Chinatown in the central Richmond district was settled by increasingly affluent Chinese-American families in the 1970’s. China Beach is in the Richmond district.

The fishing industry was a mainstay of Chinese-American livelihood in San Francisco well into the 20th century, and the Chinese Fishermen Community Association is still actively involved in Chinese-American affairs both in San Francisco and in the global seafood industry. The Chinese community in San Francisco has always been close-knit, creative, and industrious. Family togetherness and children’s education have always been and continue to be very important. The community has also supported numerous dances, literature, theater, music, and fine arts groups over the years, and frequently sponsors readings, exhibitions, and performances. Being fully aware of Westerners’ curiosity about their culture, the Chinese community has managed to strike a balance between welcoming outsiders to the shops, restaurants, and religious centers, and preventing too much Western infiltration into the Chinese culture, by forming strong cultural associations and benevolent societies for Chinese-focused events.

Never were those benevolent associations more important than the years following the 1906 earthquake. The San Francisco city leaders claimed that Chinatown was an eyesore and a health hazard located on what would otherwise be a prime area of civic real estate. They sought to remove the Chinese from the district and disperse the community to the outskirts of the Richmond district. Instead, the Chinese community worked through their Caucasian attorney to convince the city to help rebuild Chinatown. The Chinese suggested using distinctive Asian aesthetics and architecture to rebuild the district, which would, in turn, draw major tourism to the city. The resulting district was so outrageously successful that it became the model upon which every major Chinatown in the urban West was patterned. It would take another 60-70 years before Chinese residents established their vibrant community in Richmond.

China Beach is located on 28th Ave and Seacliff. Along Camino del Mar there are small brown signs that read “Public Beach,” which you can follow to the entrance. There are fewer than 40 parking spots in the small lot at China Beach. If you prefer to take public transportation, take the #29 to Lincoln/Camino del Mar of the #1 to California and 30th Ave. Each stop is about five blocks from the beach.