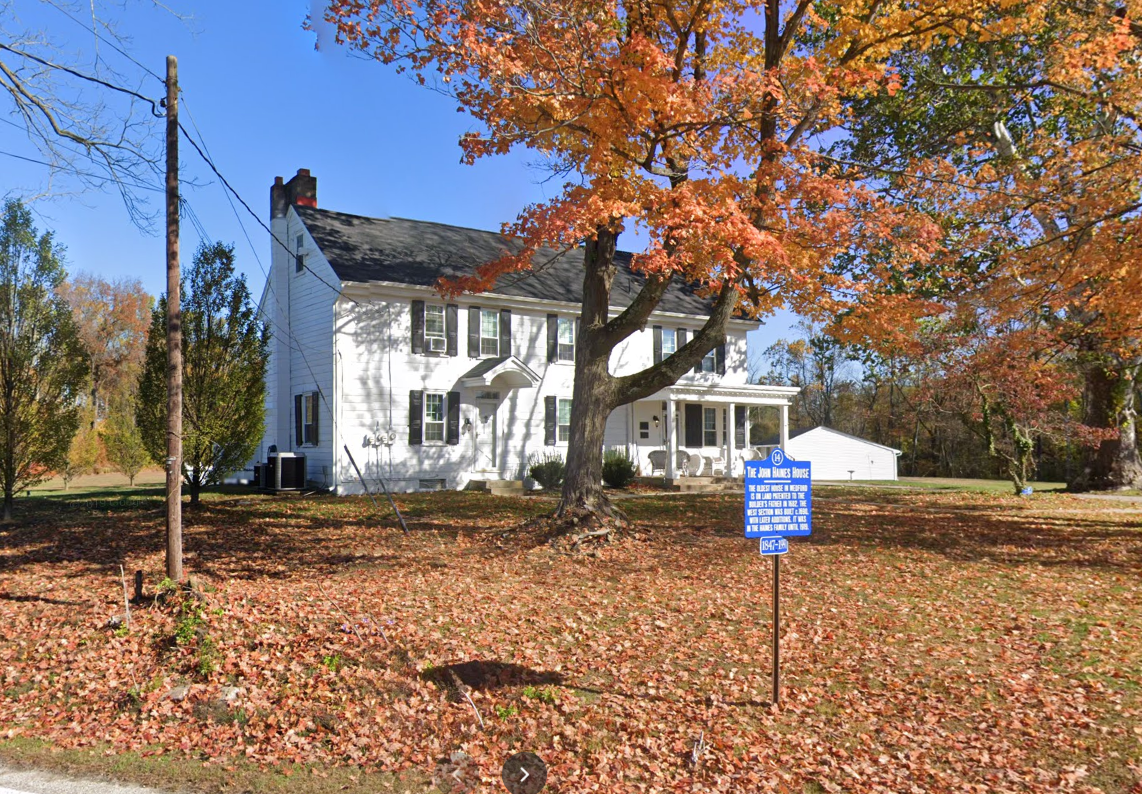 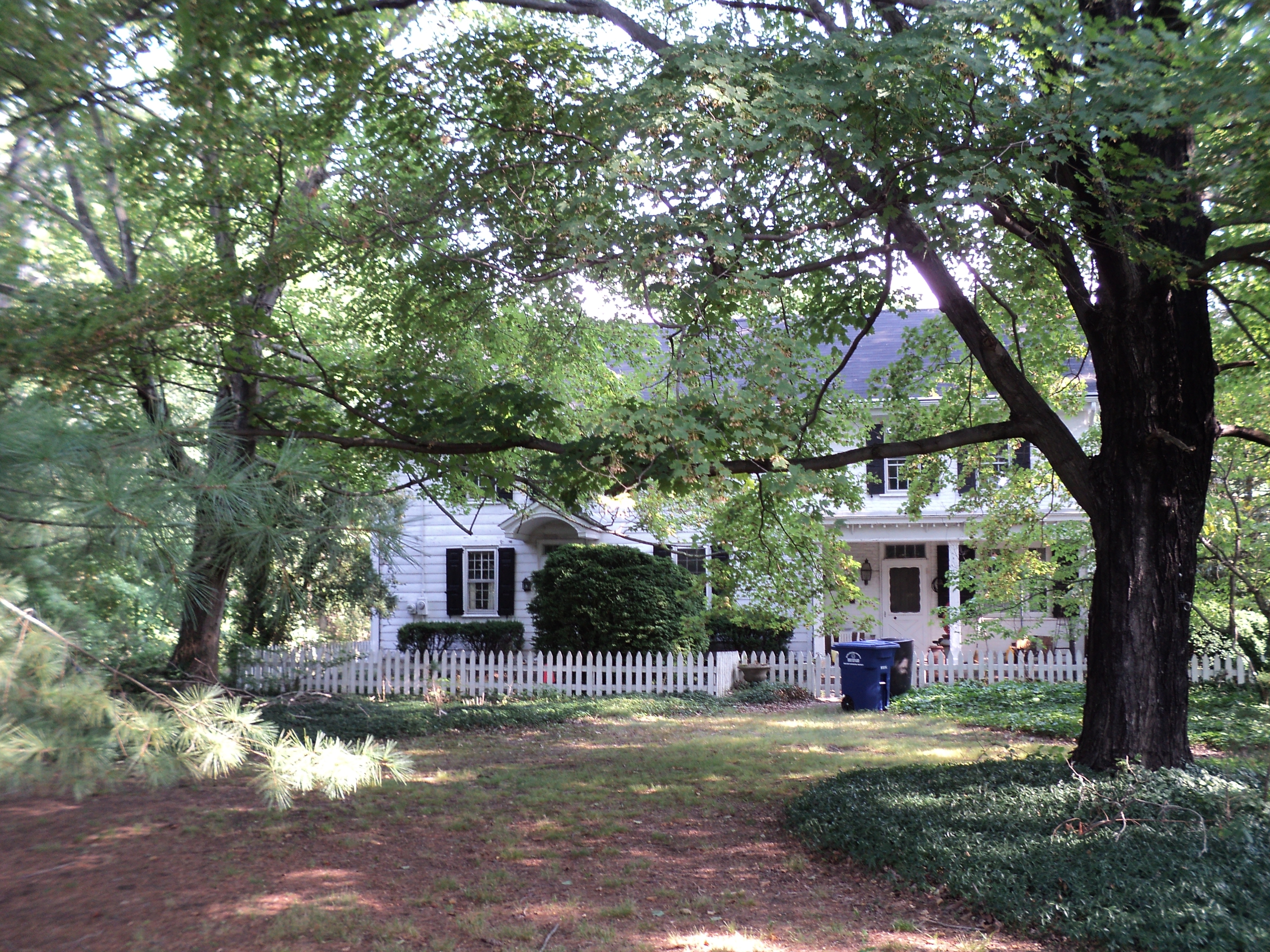 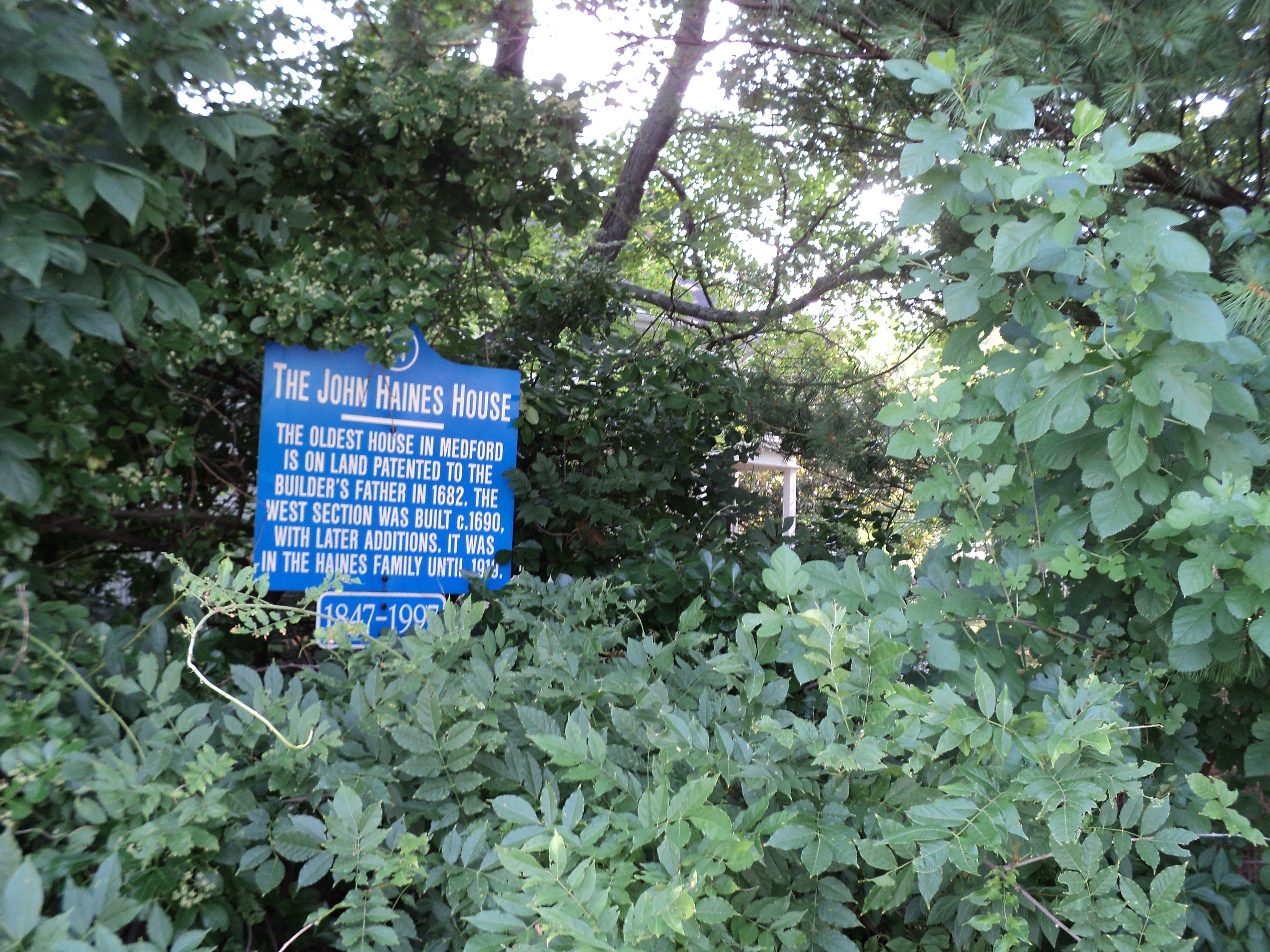 Note: The John Haines House (26 Fostertown Rd) is not the same structure as the Jonathan Haines House (51 Union Street), erected in 1760. The Haines family built several historical structures in the area.

Constructed from roughly 1688 to 1690, the John Haines House is one of the oldest houses in the area. Although, the Haines owned the land even longer than that, as the home sits on land patented in 1682 to John's father, Richard Haines, by the Duke of York (later King James II). John built the first part (west side) of the home that stayed in the Haines family for several generations. The family added to the house several times from 1690 to the 1850s. The house, along with a few outbuildings, constitute an old Quaker farm complex. Additionally, the property is a lasting reminder of the family's enormous impact on the area's local history, from milling and farming to community and environmental influence. The house remained in the Haines family for 239 years; they sold it in 1919.

By arriving early and gaining ownership of the woodlands and watersheds, The Haines Family exhibited inordinate influence in Burlington County. As a young adult in the 1680s, John Haines (1664 -1728) initially took up residence in a cave (a fairly common practice at the time) he found in the bank of the Rancocas Creek near Lumberton, New Jersey. He lived there with his wife, Esther Borton, daughter of John Borton with whom John had sailed from England.

While John and his wife lived in the cave, he cleared part of the 200 acres of land he acquired in 1683, the year before he married. On the cleared land, he constructed the home somewhere between 1688 and 1690. By 1711, John and Esther had thirteen children and doubled the size of their land. Years later, John, his second son Jonathan, his brothers, and his father-in-law owned 2240 acres of land known as "Friendship Tract," hence why some refer to the Haines property as "Friendship Farm."

When John died in 1728, he left his eldest son, John, 365 acres of land in Chester County, Pennsylvania (in 1702, he purchased 965 acres of land from the estate of Pennsylvania Governor Thomas Lloyd). Meanwhile, his second son, Jonathan, took over the historic home. In 1720 Jonathan added a two-story brick structure to the home. Jonathan's second son, also named Jonathan, built another historic house on 51 Union Street, located about two-and-a-half miles south of John Haines Home. Jonathan's son, Issac (John's great-grandson) developed Haines 1 Mill, a hydro-powered saw and grist mill that operated from 1778 until 1961. When it converted to electric power in 1961, it stood as the last water-powered mill that had been operating in the State of New Jersey. (The family sold the mill in 1866 to the Kirby Family, and today the mill is listed as Kirby's Mill by the National Register of Historic Places). The mill's success only furthered the influence and wealth of the Haines family throughout the nineteenth century.

To see the home today is to see land first granted to Richard Haines by the Duke of York (later King James II) in the 1680s and held by the family shortly before World War I. The Haines Family began as settlers and farmers but evolved into large landowners and business people, ranging from ag-business and the millwork to medicine and various other trades. The family also wielded influence in local politics, education, and Quaker Society. Indeed, Jonathan and Nehemiah Haines served as original members of the Evesham Monthly Meeting in 1782 and served as trustees for the Medford Friends School during the 1880s. Above all else, because they controlled much of the local waterways and woodlands, they left a substantial environmental mark on the area.