The First United Methodist Church is an historic church located in Des Moines, Iowa. It was built in 1908 and was the fourth church of the congregation. It was named to the National Register of Historic Places in 1984. The architect company Proudfoot and Bird designed the church in the Classical Revival style. According to the church's national register nomination form, the proportions of the church are said to match closely those of the Roman Pantheon in Rome, Italy. 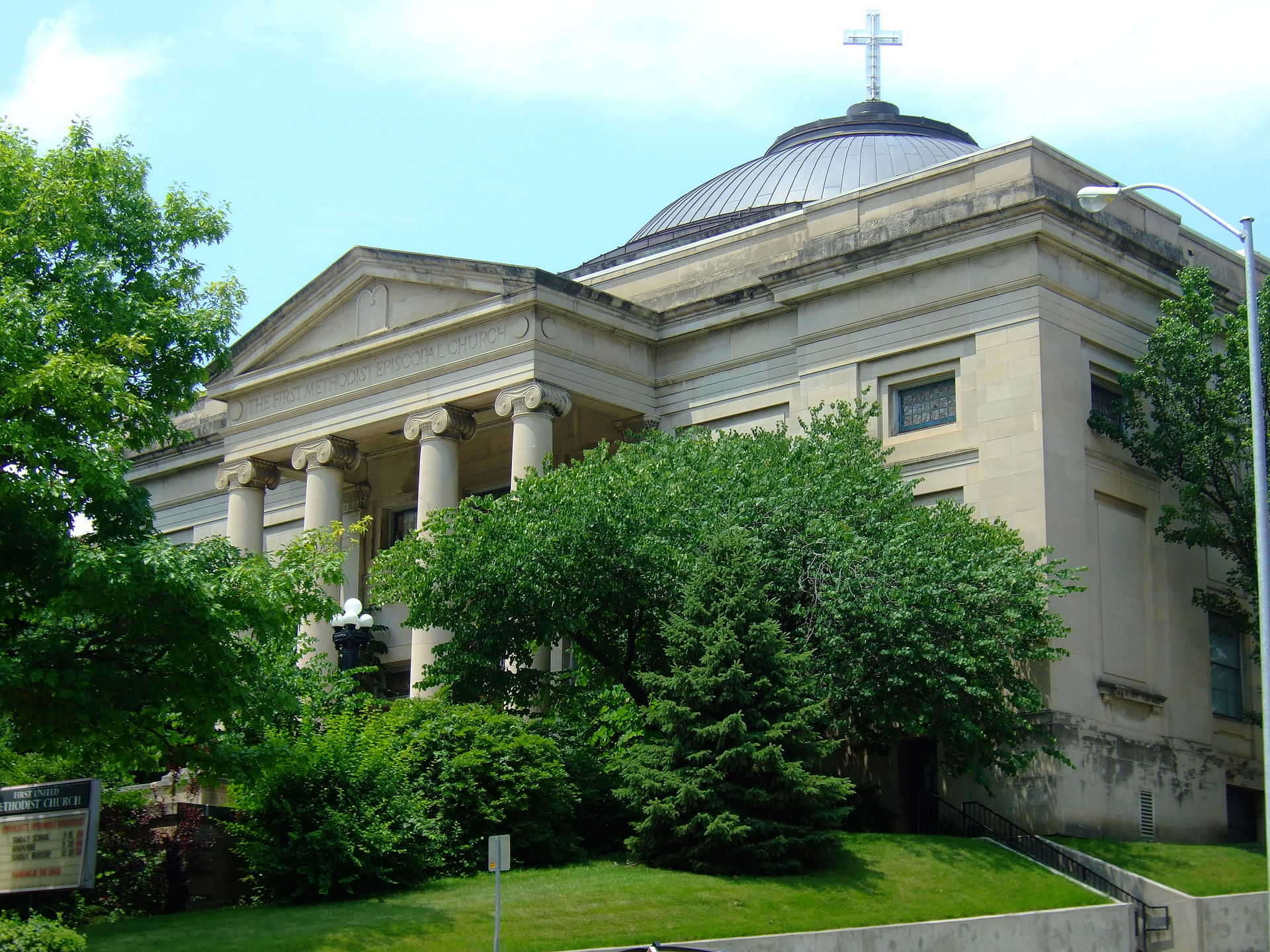 Older photo of the church

The church's history extends back to 1845, when methodists in Des Moines gathered at a home for bible study. Eventually, the community grew and sometime after 1848 a church was built. As it was the largest public building at the time, it became a public hall, court room, and general auditorium. Membership grew further and by 1880 reached 1,000. A a plot land was purchased a block away and construction of the current church began in 1906 and was completed in 1908. An addition was added in 1954 and over the decades restoration efforts repaired various parts of the building. The last renovation dome and sanctuary were renovated in 2007.