1. The University of Georgia Arch

In 1828, four men, Augustin S. Clayton, Abram Walker, John Nesbitt, and William Dearing, drew up a charter for the Athens Manufacturing Company. This site, the Cedar Shoals area of the North Oconee, was chosen as the area for the new mill which subsequently expanded across the river over the next 100 years. In that period, this was referred to as the “Lower Mill” and what is now the University of Georgia's Chicopee Buildings, previously the Cooke & Brother Armory, was referred to as the “Upper Mill.” Eventually, Athens Manufacturing was purchased by Johnson & Johnson and renamed the Chicopee Manufacturing company in 1950. Here, workers specialized in manufacturing cotton and woolen yarns, helping the business remain profitable for over 100 years. In the antebellum period, work was split between slaves and white employees. However, because of the demand for labor in the fields, slaves were often confined to work there while poor white workers were the predominant labor force inside of the mills. Though the majority of workers were women, at one point in time Athens Manufacturing Company, like many textile mills, also employed children. Work for all people in mills such as this one was difficult and sometimes dangerous, the hazards of the workplace were equally, if not more, pronounced for children. This mill was one small part of the country’s difficult history of child labor. 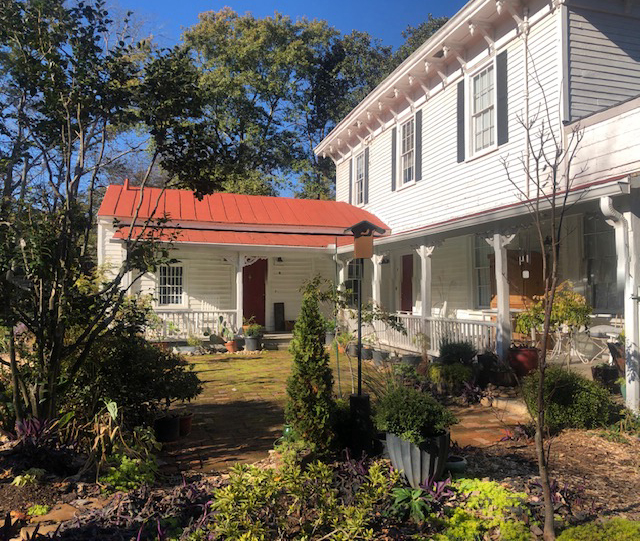 For thirty five years, Robert L. Bloomfield was the agent and controlling stockholder of the Athens Manufacturing Co., Athens’ oldest textile company. Opened in 1833, and running with enslaved black and free white labor, the Athens Cotton and Wool Factory (also known as Athens Manufacturing or the Athens Factory), was the first textile mill in Athens proper. It operated for 115 years, making it Athen's longest running mill too. It also had lots of bad luck. It burned twice and flooded once in the first half of the nineteenth century, at a time when you couldn't buy insurance for buildings. Rebuilt out of brick after the 1857 fire, the mill building is now part of the University of Georgia School of Social Work complex. Robert Bloomfield wasn't there at the building's start but he was arguably its most important manager. Arriving in Athens from New Jersey in 1849, Bloomfield sold ready-made clothes. In 1863, he bought out one of the mill’s investors and became its agent. Under his direction, Athens Manufacturing expanded, helping to make Georgia the third most important producer of cotton cloth in the nation after Massachusetts and New Hampshire. As a transplanted northerner, Bloomfield was not permitted to serve in the Confederacy, but the mill sold cloth to the Confederacy, flannel for underwear, wool fabric for uniforms, and cotton "duck" for tents. Business boomed. In 1870, five years after the war ended, Athens Manufacturing purchased the Cook & Brother Confederate Armory and turned it into a second textile mill. Having made a name for himself as a businessman, Bloomfield got involved in developing Athens itself. That didn't go so well. Bloomfield used company funds to finance a city electrification scheme, which drove the company into receivership in the 1890s. In 1897 Bloomfield retired. Bloomfield’s house can be seen here at 365 Church Street. West of Church Street and east of Milledge Avenue, one can also find Bloomfield Street, named after the man himself. 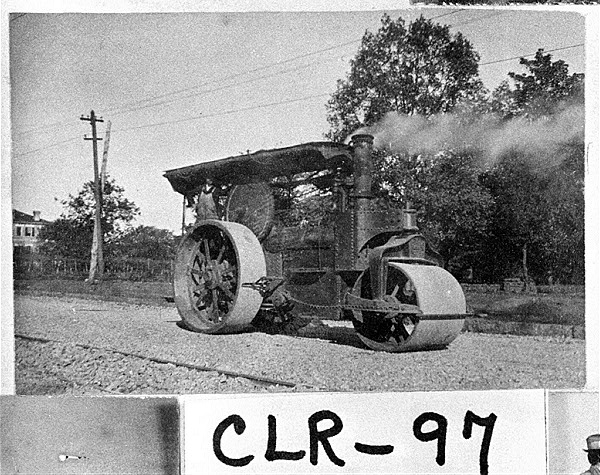 The Waddell street quarry site represents the history of urban development and the convict lease system in Athens, Georgia. Here at the intersection of Waddell Street and South Newton Street, the land slopes downward on either side. This large depression in the ground marks the approximate location of the Waddell Quarry, which first opened in 1899. A quarry is an excavation or a pit in the ground from which building materials are obtained by cutting or blasting stone from the ground. This particular quarry was used to obtain the building material for the first paved roads in Athens. The city engineer at the time, J.W. Barnett, likely leased convict laborers from the notorious Colonel James Smith of Smithonia to build these roads. Convict labor was a labor system in which the state sold the work of convicted criminals to landowners and local governments to work agriculture and build infrastructure. The first convict labor transaction occurred in 1868 and the system lasted until 1908 when progressive legislation outlawed the practice because of inhumane treatment. 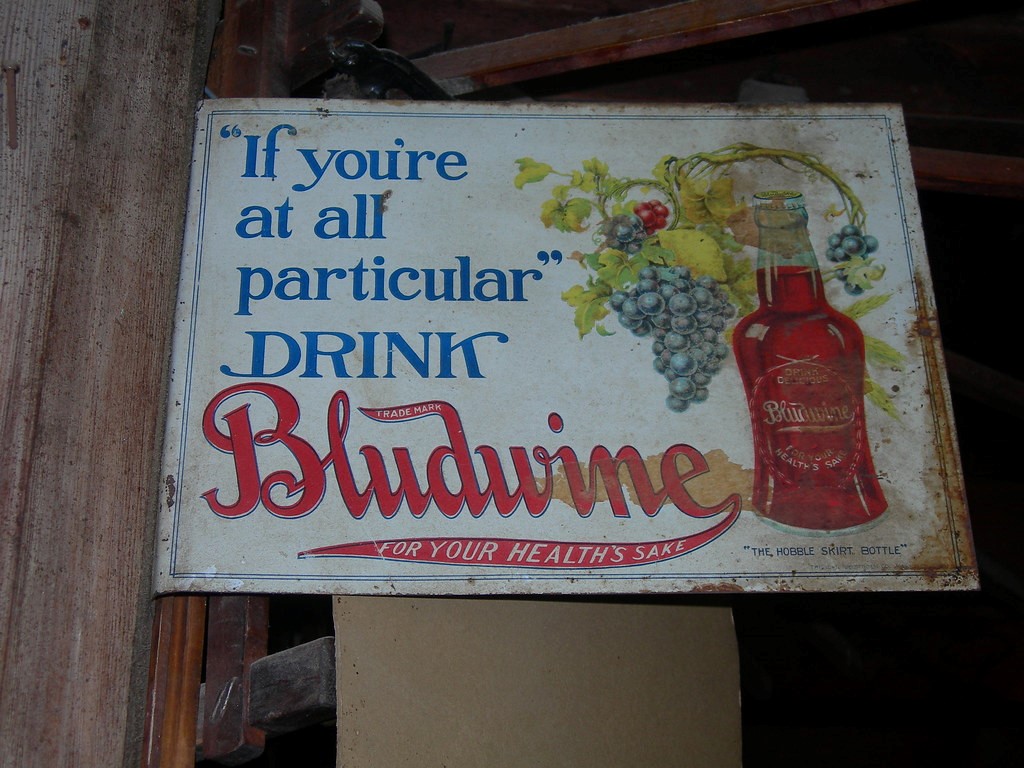 Bludwine, an Athens based soft drink similar to Cheerwine, was invented and bottled here in Athens. This location (277 Oconee Street) was where it was bottled. It was invented in 1906 by H. C. Anderson. A teetotaler, Anderson created Bludwine as a way to provide people with an alternative to alcohol. Georgia had just gone dry, which means drinking or selling alcoholic beverages was illegal. Athens and Clarke County, however, had been completely dry for over a decade. At its peak, the original company Bludwine grew to a size that rivaled both Coke and Pepsi with a hundred bottling plants across the United States as far flung as California. It produced 16,000 gallons of syrup a day. In 1921, the FDA sued Bludwine to force them to change their company name as doctors began prescribing it as a blood tonic. This caused the soda brand to assume its more commonly known name of Budwine. (SSUSH16 18th Amendment)

Throughout the industrial history of the United States, strikes have been a key tactic used by labor unions to attempt to improve working conditions and wages. Athens, home to the Athens Manufacturing Company was no exception during the 20th century. The General Textile Strike of 1934 was a major textile strike organized by the Textile Workers Union of America (TWUA) to enforce the new regulations implemented by the National Industrial Recovery Act. With around 170,000 workers in the south and 400,000 workers participating, this strike was the largest labor protest in the South’s history, and one of the largest organized strikes in US history. Lasting just under one month, this strike involved walkouts, the use of “flying squadrons” to drive in supplies and workers from other towns to support the strikers. Many Georgian workers participated in this strike, though as of now, there are no sources showing the contribution of Athenian workers. Then after the Second World War, Athenian mill workers of the Athens Manufacturing Company, with support from the TWUA, began the longest strike in American history lasting from August 29, 1945, to March 11, 1947. This strike eventually became part of a larger Southern union movement called Operation Dixie, which aimed to, “Transform the region’s political climate,” and maintain the gains made for union organization before and during the war and received support from returning veterans. The TWUA called off in March of 1947 due to the company’s refusal to negotiate.

Athens, GA, is famous as a college town but almost from the very beginning it was an industrial town too. Early water-powered mills produced thread and cloth out of the cotton grown on nearby plantations, but they also made metal tools, weapons, fertilizer, clothing, clay pipes, soda, and even baseball bats. Even today, there are factories around us producing building supplies, biodegradable eating utensils, and hair combs. Many Athens residents--black, white, and recently Latinx--worked and still work in these industries. Many mill owners were leading figures in Athens history. The Industrial Athens Digital Story Map--which is a work in progress--is an effort to tell the history of the places and people that made Athens an industrial town.