The B'nai Abraham Synagogue, now the B'nai Abraham Museum and Cultural Center, was a Jewish synagogue located in Virginia, Minnesota. Built in 1909, it is a red-brick building constructed in the Romanesque style. It is a prominent structure in the neighborhood and was one of four synagogues in northeastern Minnesota. It was an important place for the Jewish community in Virginia and the surrounding area for decades, hosting Bar Mitzvhas, weddings, birthday celebrations, and other events. It was named to the National Register of Historic Places in 1980, the first synagogue in Minnesota to be listed in the registry. 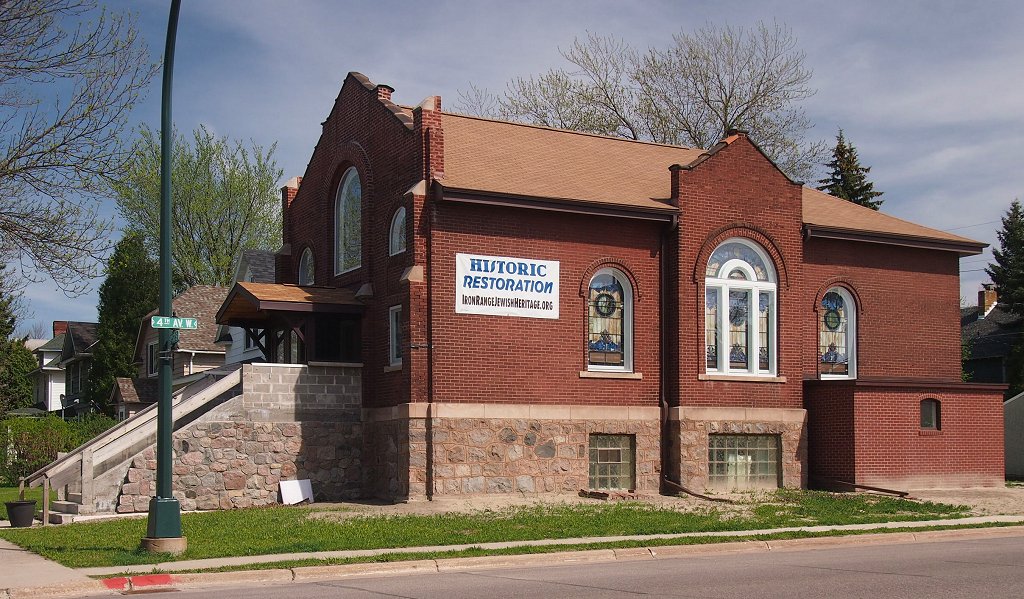 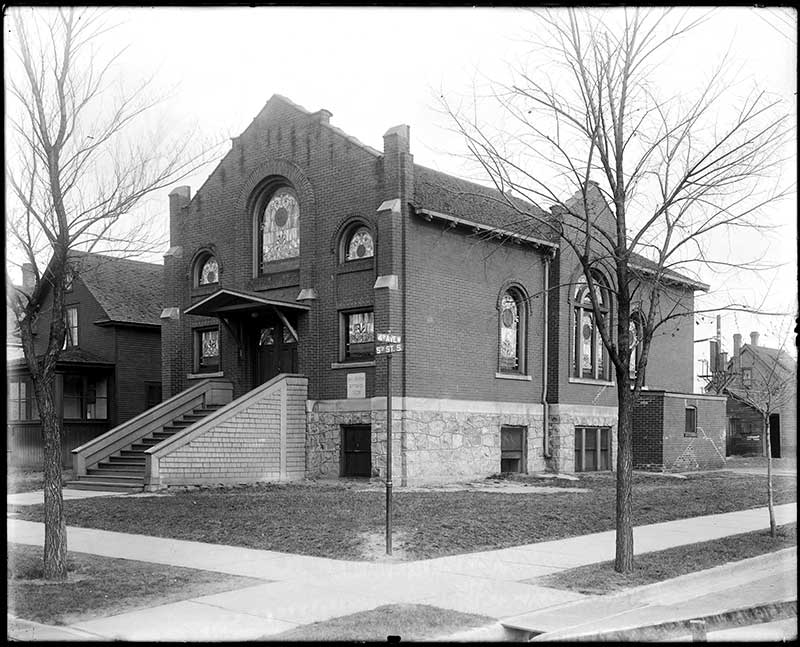 Front view of the synagogue, with restoration of the vestibule underway. 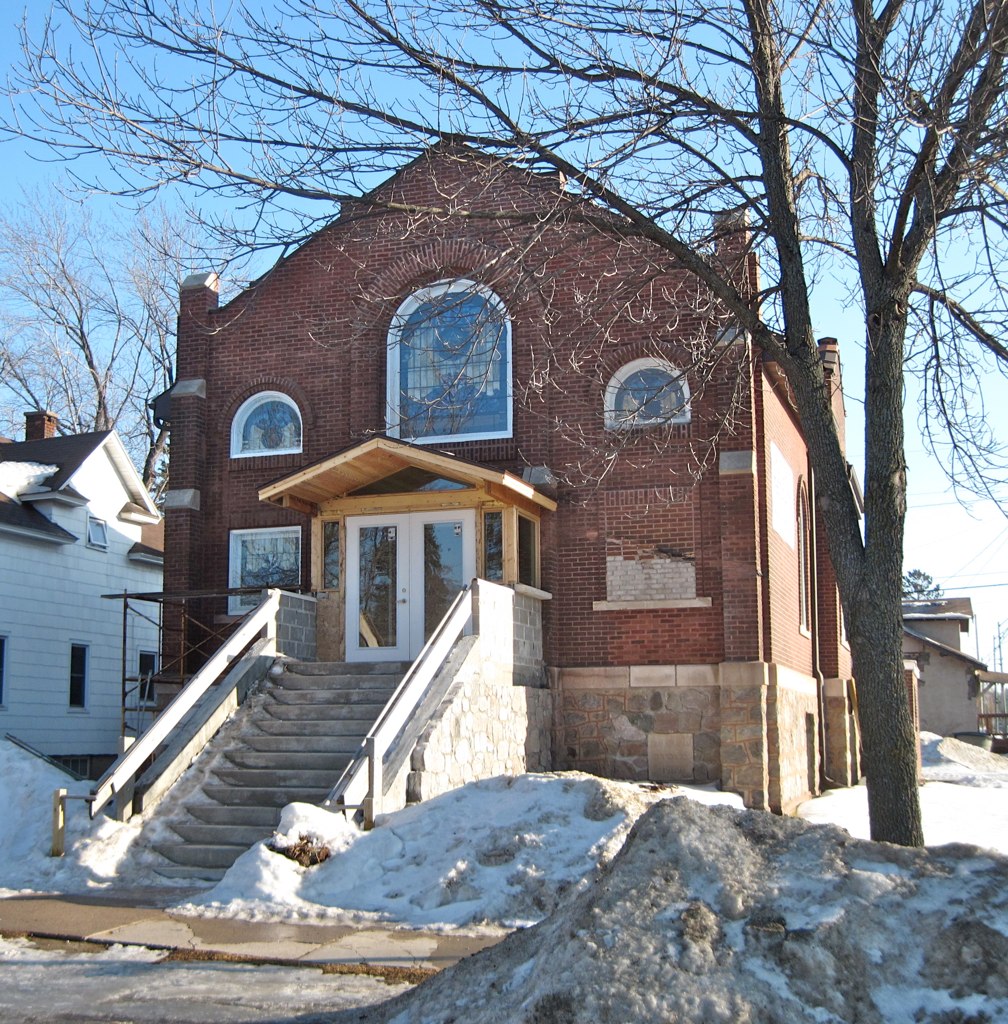 Northeastern Minnesota, often referred to as the Iron Range due to its abundance of iron deposits, saw the development in the lumber and mining industries in the latter half of the 1800s. Jews came to the region in search of jobs and they worked as merchants and clerks in these industries. Most of them came from present-day Lithuania, which at the time was part of the Russian Empire. Eventually, as their population grew, they formed congregations; the Virginia congregation formed in 1905.

Women in the congregation created a group called the B'nai Abraham Ladies' Society in 1908 in order to raise funds for the new synagogue, which was finished a year later. It was the only synagogue in Minnesota that was built; the others were converted from churches. Notable features included the thirteen stained glass windows its red-brick facade.

The latter half of the 1900s saw a gradual decline in membership. By the mid-1990s the synagogue was forced to close. In 2004, the organization Friends of the B'nai Abraham was formed to gather funds to restore the synagogue, which is still ongoing. It reopened in 2008 as a museum and cultural center. The Friends and the Virginia Area Historical Society manage the center together.

Call to arrange a tour. Please note that the number is for The Virginia Area Historical Society, which is a partner of the center.