This historic marker commemorates one of the largest and most historically significant slave rebellions in American history. Nat Turner was able to lead a group of around 40 to 50 slaves on a massacre, killing any white person they encountered. By the end of the rebellion, they had killed 55 white men, women, and children. 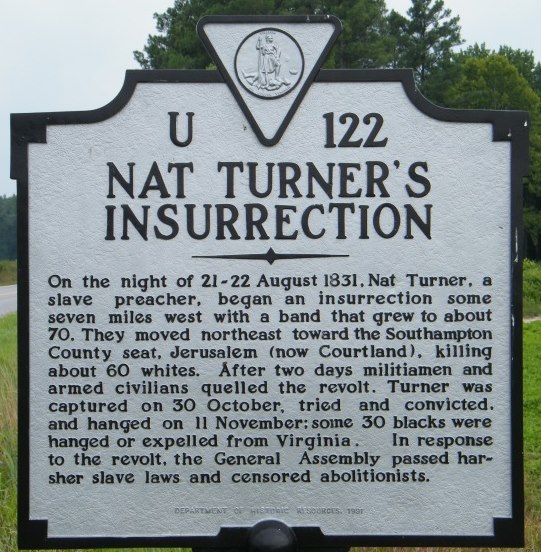 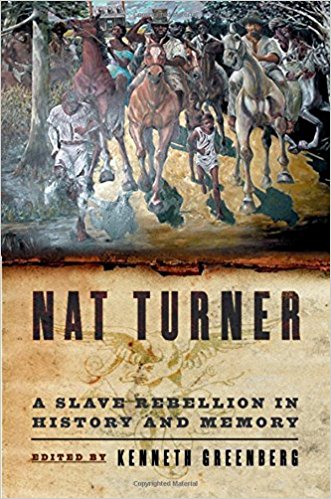 Nat Turner was born into slavery on October 2, 1800 in Southampton County Virginia. Many of his friends and family believed he was destined for a noble purpose as Turner demonstrated leadership and great intelligence, and even taught himself to read and write.

Turner was deeply religious and became a preacher to his fellow bondsmen. Over time, Turner came to believe that God spoke directly to him and wanted him to lead a battle against slave owners and whites who supported the system of slavery. In February of 1831, Turner saw an eclipse he interpreted as a divine signal that it was time to plan his rebellion. He and his followers spent the next months planning a violent rebellion against slavery. They planned their attack for July 4th when many whites would be celebrating the holiday with whiskey. However, when Turner grew ill they decided to postpone their rebellion.

The rebellion started on August 15th, 1831. Turner and his band of followers had sharpened pieces of metal into swords and used these to slaughter a white family who owned a general store in their sleep. The rebels then raided the store for weapons and supplies and began raiding and liberating slaves at area plantations and attacking any white people who attempted to stop them. Although the rebellion was quickly quelled by area militia, Turner and his men were able to hide for six weeks. After his capture, Turner and his supporters were tortured and executed.

Turner's Rebellion is significant both as an act of resistance to slavery and as an event that inspired so much fear in the hearts of slaveholders that the Virginia legislature debated the abolition of slavery. Instead of ending slavery, the state devoted taxpayer money to fund militias and slave patrols and enacted harsher laws aimed at controlling slaves and preventing future rebellions.