Few stadiums have a much history behind them as the Louisiana Superdome. From the construction and design, to the events held there, to the shelter it offered during Hurricane Katrina, there is so much history in the Superdome. During Hurricane Katrina, the Louisiana Superdome helped thousands of victims that lost their homes find temporary shelter. Located in New Orleans, Louisiana, the Superdome is one of the top tourist attractions in southern America.

This photo shows the amount of people that were sheltered in the Superdome during Hurricane Katrina. 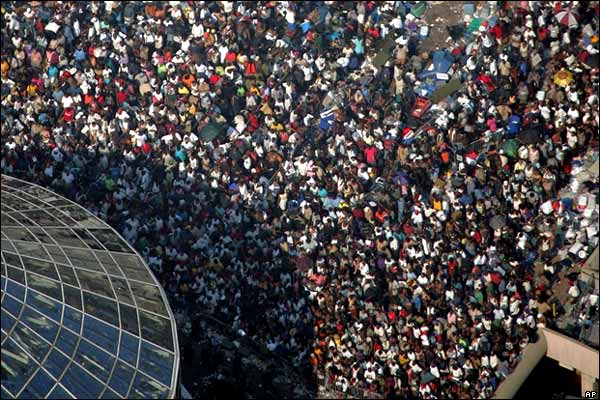 This photo is a picture of the inside of the Superdome. Here is the field where the New Orleans Saints play their home games. 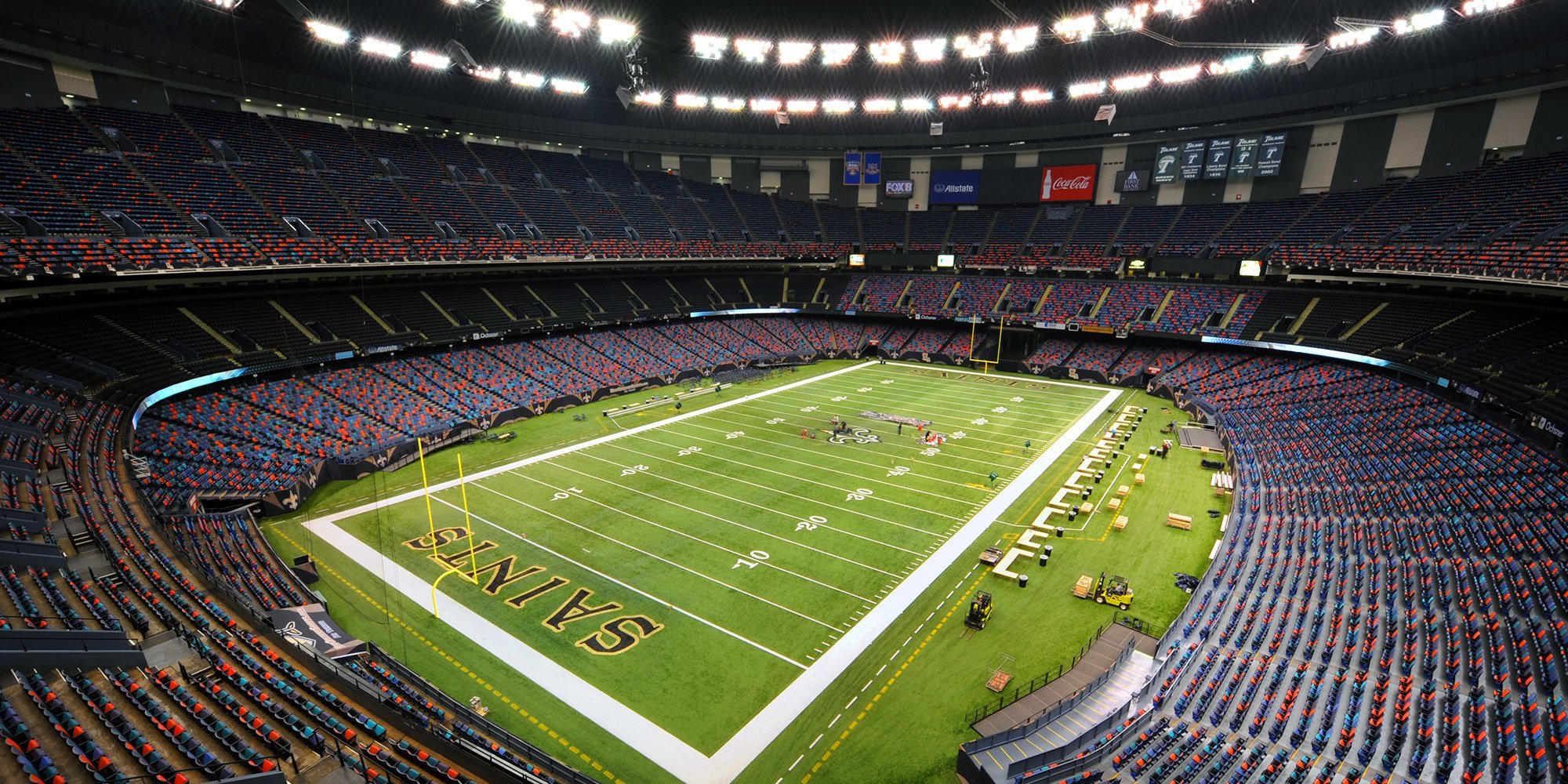 Throughout the 1960’s, David Dixon pushed for the NFL to expand and have a franchise in New Orleans. The NFL was open to the idea and decided to have some exhibition games at Tulane University. Those games were disrupted by thunderstorms and miserable weather, so the NFL told Dixon that there would never be a team in New Orleans without a domed stadium. David Dixon took that as his responsibility to make sure that happened. Shortly after, Dixon toured the Astrodome in Houston and got the Governor of Louisiana to support him. After seeing the Astrodome, the Governor said that he wanted a stadium like it, but bigger. New Orleans announced the construction would begin for the Superdome in November of 1966. Shortly after that, the NFL announced that they were indeed going to expand and bring a franchise to New Orleans. The construction was expected to be finished in time for the NFL season in 1972, but due to political issues, the construction didn’t even begin until 1971. In 1975, the Superdome was completed and the final cost for the stadium was $165 million.

The main events hosted in the Superdome are the home games for the New Orleans Saints. The Saints played their first game in the dome during the 1975 NFL season. Also, from 1975 until 2013, Tulane University played home games at the Superdome. Other sports events played in the Superdome include the BCS National Championship and Playoffs every four years, the Sugar Bowl, and the New Orleans Bowl. Also, the New Orleans Jazz of the NBA played their home games there until the completion of their own arena in 1999. The NCAA Men’s Final Four has also been played at the stadium five times. The Superdome has also hosted other events such as concerts by Whitney Houston, Prince, KISS, Beyoncé, JAY-Z, and more.

In 2005, Hurricane Katrina was about to hit New Orleans. Before the storm, around 9,000 people sheltered in the Louisiana Superdome. Throughout the storm, the roof of the dome was damaged and the field was flooded. After the storm, thousands were left without shelter, food, water, and other supplies. The decision was to house those people in the Superdome, so at one point, there was anywhere from 15,000 to 20,000 people sheltering in the stadium with limited resources, poor sanitary conditions, and nowhere to go. Due to multiple reasons, there were three reported deaths in the Superdome while people were being sheltered there. There was also reports of rape, vandalism, drug use, gang activity, and a National Guardsman was shot in the dark. After the storm, some proposed the stadium to be torn down due to the damage caused and horrific events inside, but the final decision was to repair it and it opened back up in 2006. During this time, the Saints were forced to use several other stadiums for the entire football season, including the Tiger Stadium and the Alamodome in San Antonio. The Superdome was reopened as the Mercedes-Benz Arena.