Dugway Proving Ground in Tooele, Utah, takes up the largest military space in the United States, with nearly 300 miles of roads restricted, and hundreds of acres. The name "Dugway" comes from a technique of digging a trench into a hillside to create a flat surface along which a wagon can travel. 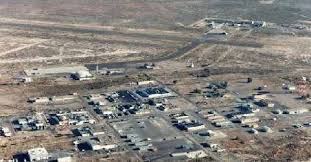 Dugway Proving Ground in Tooele, Utah, opened in 1942, as a chemical warfare testing facility. The site was funded after US Army Chemical Warfare sat with officials and expressed their discontent of no room of the expanding branch. Here, they tested various chemicals for war, like bombs, antidotes for deadly chemicals, sprays, and other biological weapons. In 1985, Dugway Proving Ground housed a Desert Training facility, teaching survival skills needed in case of a desert war.

The facility was closed in the early 1990s. Now, most of the base is secret and even part of the Lincoln Highway is closed for military use. Some conspiracy theories exist because the base is so top secret. Among those theories are the belief that the Dugway Proving Ground hides extraterrestrials, and have knowledge of a fossil fuel independent world that could exist.

The military maintains this place is top secret because of the deadly biological weapons that are tested. In 2010, a lock down occurred because a top secret chemical agent came up missing after someone misplaced it. The lock down wasn't lifted until the small vial was found.