Society Hill is an affluent neighborhood in the Center City section of Philadelphia. The area’s name dates back to 1683, when William Penn gave the land to the Free Society of Traders, a London trading company that wanted the location for its waterfront access, and thus, the area came to be known as ‘the Society’s Hill. The neighborhood contains the largest concentration of original 18th- and early 19th-century architecture of any place in the United States. Much like Beacon Hill in Boston, Society Hill is noted as a charming district with cobblestone streets bordered by brick row houses in Federal and Georgian style.

"Powel House", a historic mansion/museum. Built in 1756, it has been called "the finest Georgian row house in the city." Photo by Beyond My Ken. Licensed under GFDL via Wikimedia Commons. 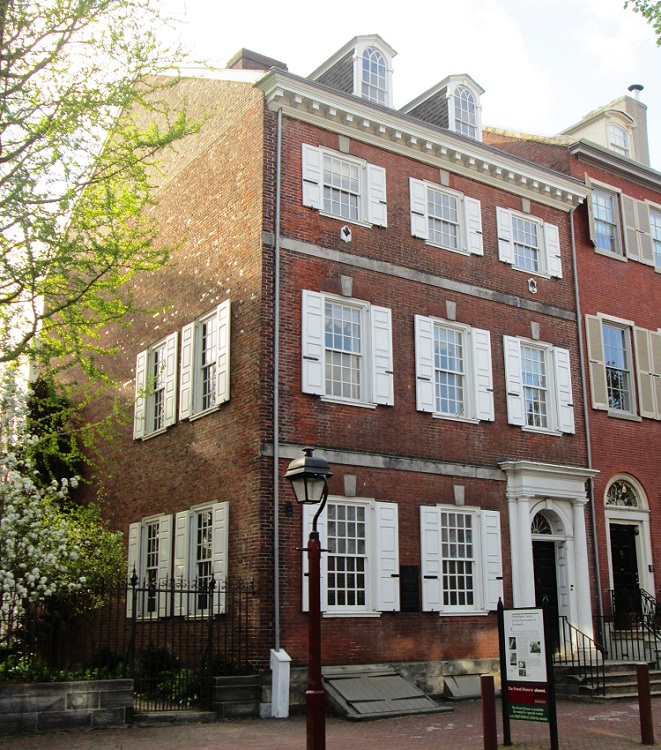 "Hill-Physick-Keith House", home of Philip Syng Physick (1768-1837), who has been called "the father of American surgery". Photo by Beyond My Ken. Licensed under GFDL via Wikimedia Commons. 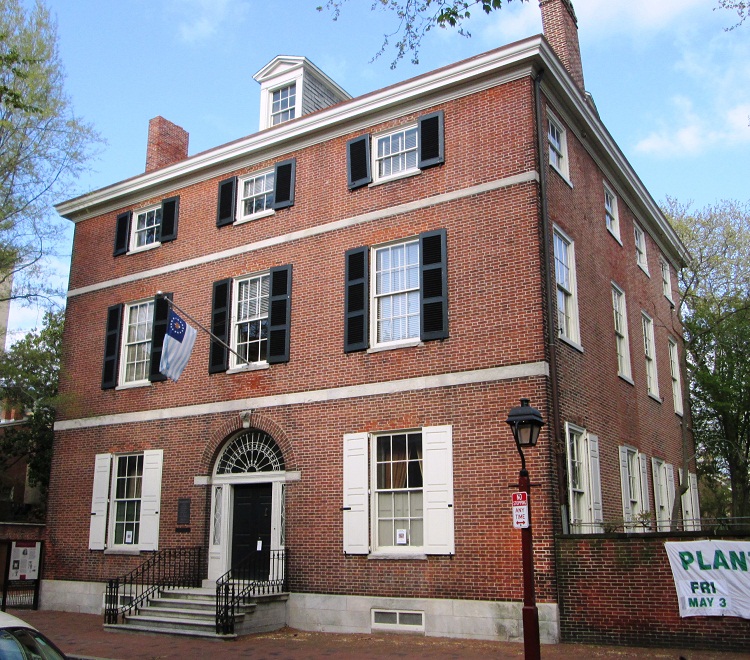 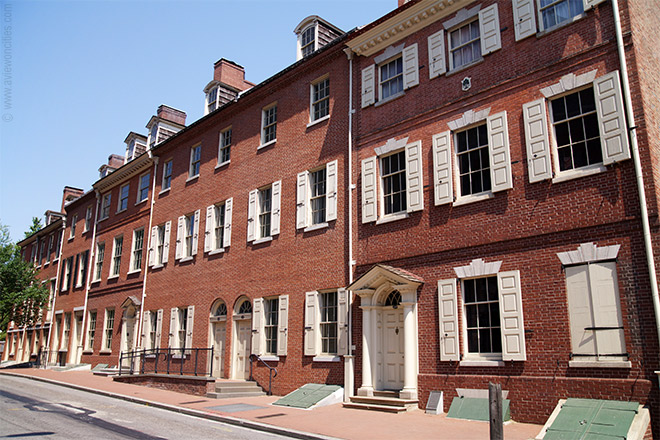 "Society Hill Synagogue", built in 1829 as a Baptist church by Philadelphia architect Thomas U. Walter, one of the architects of the United States Capitol in Washington, DC. 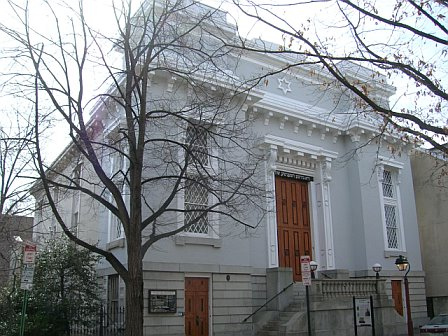 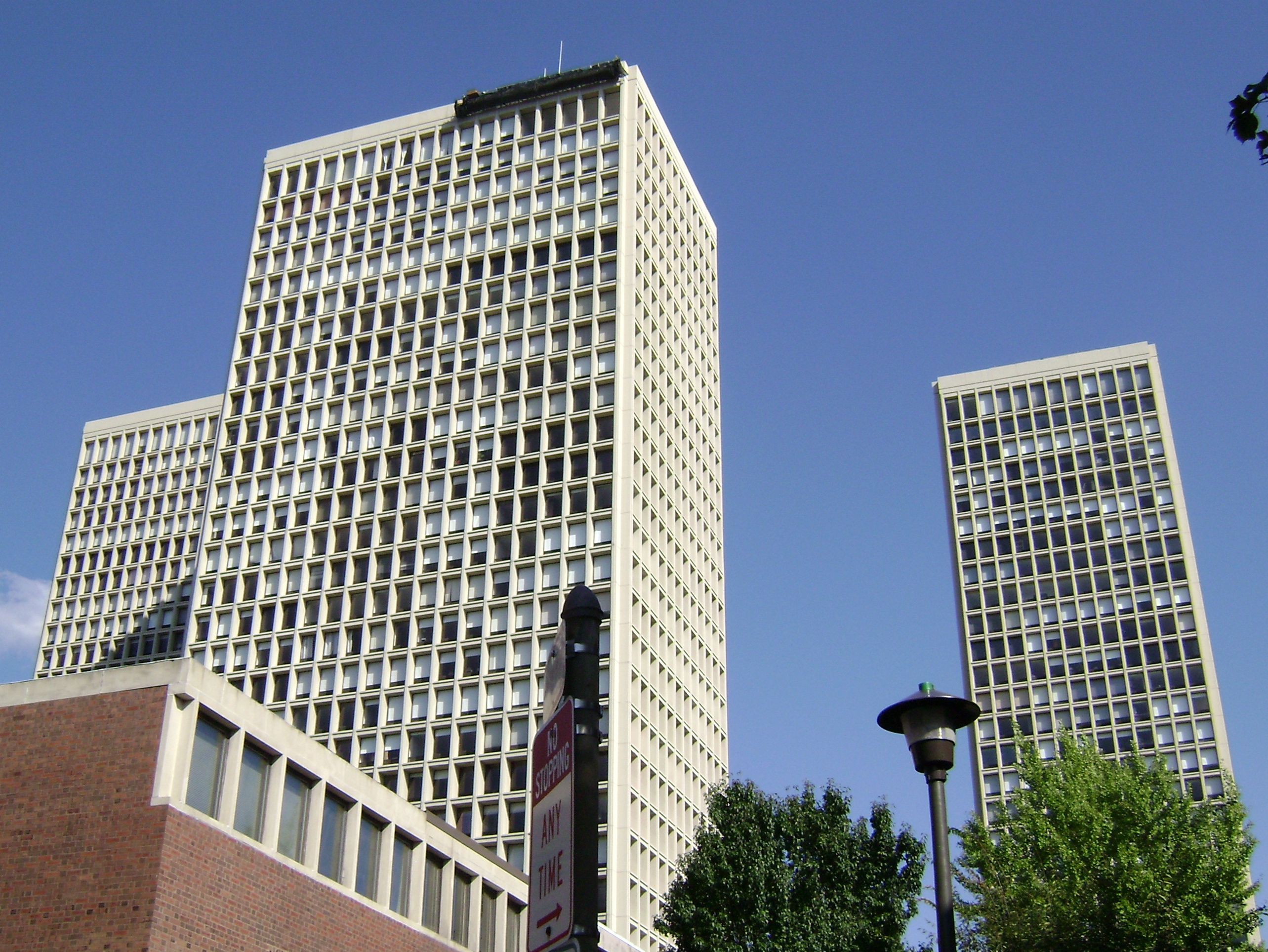 One of Philadelphia's oldest neighborhoods, Society Hill is near the downtown business district and adjacent to Independence National Historical Park, where Independence Hall, the Liberty Bell, and other colonial-era attractions are located. The name Society Hill reflects the community's history, not its current appearance or status. A hill once existed at the area's eastern border, on the bank of the Delaware River. As commerce grew and docks and warehouses multiplied, the hill was gradually flattened. The word "society" comes from the Free Society of Traders in Pennsylvania, a late-17th-century land-investment company founded by William Penn.

Society Hill became home to many leaders of post-colonial America, particularly between 1790 and 1800, when Philadelphia was the nation's capital. Society Hill today extends roughly from Front to 8th streets and from Walnut to Lombard streets. Society Hill contains the largest concentration of 18th-century architecture in the United States. As part of a post-World War II redevelopment plan, more than 800 houses in the area were restored during a two-decade period, beginning in the mid-1950s. Although most of these properties are private, single-family homes, two house museums are open to the public: the Hill-Physick-Keith House (1786) at 321 South Fourth Street and the Powel House (1765) at 244 South 3rd Street. Built in 1765, the Powel House was owned by the last mayor of Philadelphia while it was still under the rule of the crown, and consequently, the first mayor after it became the new Republic. Dr. Philip Syng Physick, known as the Father of American Surgery, inhabited the Physick House from 1815 to 1837. If you're looking for historical facts about other buildings in Society Hill, just keep your eyes open for the navy blue signs giving the details of historic sites.

One of America's most walkable neighborhoods, Society Hill is laid out in a grid of tree-lined streets with brick pavements and a network of pedestrian alleys interspersed with small parks. Public transportation, tourist attractions, and downtown shopping are all readily accessible. The lively restaurants and night spots of the South Street area are one block from Society Hill's southern edge. The art galleries and cultural attractions of the Old City area lie a few blocks from the northern edge. Penn's Landing (a portion of the Delaware River waterfront) is just east of Society Hill. Its riverside walkway leads to restaurants, a Hyatt Hotel, and the River Link Ferry.