Middle Georgia Raceway held nine NASCAR Sprint Cup Series (then NASCAR Grand National) races from 1966-1971. While the racetrack had a short life within professional racing, the land where the track was located holds many stories. For instance, in 1967 authorities found a moonshine distillery located buried in a chamber under the track. The Second Annual International Pop Festival was also located on the Middle Georgia Raceway in 1970. Even after the raceway was closed down, it gained notoriety after Dodge used this location to film a commercial in 2011.

Middle Georgia Raceway hosted NASCAR races between 1966 and 1971. The very first of these races was won by NASCAR legend Richard Petty. 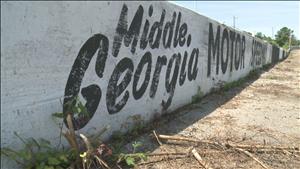 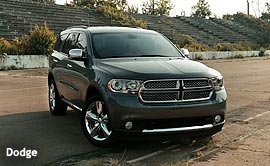 The first NASCAR race at the Middle Georgia Raceway was called The Speedy Morelock 200. The race was 200 laps with the winner being Richard Petty by 19 seconds from Tom Pistone. Within the next few years the race at Middle Georgia would be called the Macon 300, Middle Georgia 500 and finally the Georgia 500. Out of the nine races at the racetrack, Richard Petty won four of the races and Bobby Allison won three. The attendance varied each year from 6,000 to 10,000 and the prize money also went up from one thousand in 1966 to three thousand three hundred in just two years.1

The Middle Georgia Raceway not only attracted professional racers and their fans but also those looking for moonshine. Within a bunker under turn three, federal agents discovered a moonshine distillery capable of producing 80 gallons of moonshine a day. One federal agent claimed it was one of the most elaborate and clever operations he had ever seen. According to a former racer, moonshine was never sold during the races. A team from Miami would come to Byron for a race and then fill a car hauler with large amounts of moonshine. Lamar Brown Jr, the track owner at the time, was arrested and tried in court. One controversial piece of evidence was an invoice signed by Brown for the purchase of 24 pounds of yeast, which could be used for fermentation of alcohol. This amount of yeast could have fed the city of Atlanta for a week. However, the jury found him not guilty.2

Another historical point to mention about the Middle Georgia Raceway is the International Pop Festival. The Second Atlanta International Pop Festival occurred on July 3rd -5th, 1970. Over 30 musical acts performed including Jimi Hendrix, B.B. King and even the Georgia natives Allman Brothers Band. This festival was one of the last shows Jimi Hendrix performed at due to his death three months later.3

The Doge Durango television ad brought the Middle Georgia Raceway back to life. The commercial shows the raceway in its natural state, beat down and decaying. From watching the commercial, you would not be able to recognize the racetrack due to Dodge changing the name to “Brixton Motor Speedway on the retaining wall. The company spent eleven days filming and supposedly spent 2 million dollars as well.4