Although its futuristic design was controversial when the building was completed in 1962, the U.S. Air Force Academy Cadet Chapel is now the most-visited man-made landmark in Colorado. The seventeen spires of this aluminum, glass, and steel building are now widely regarded as exemplars of modern architecture and in 2004 the building was added to the select list of sites that are recognized as national landmarks. The chapel is the central feature of the the United States Air Force Academy (USAFA) a the military academy for officer candidates of the U.S. Air Force and was established on 1 April, 1954. Like the branch of service it represents, this military academy is the youngest academy of all of the branches in the U.S. military. For many officers, this is the point of entry for men and women who aspire to be leaders and officers in the Air Force.

Cadets stand in formation next to the Cadet Chapel, which is one of most visited sites in Colorado. 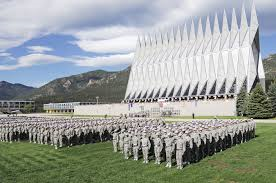 Cadet Chapel was built in 1962 and was added to the National Register of Historic Places in 2004. 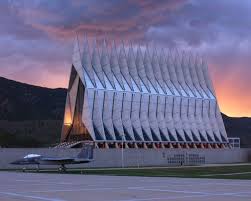 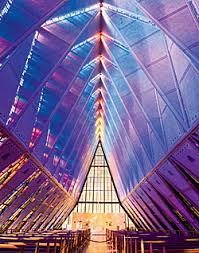 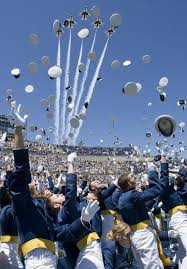 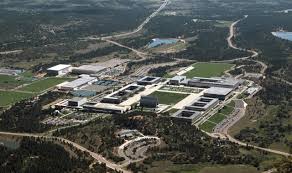 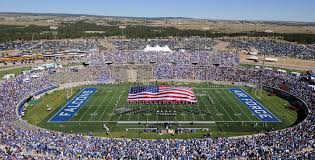 With a staff of 550 people, 70 percent of whom being military personnel, and 4,413 cadets, the academy is one of the hardest military institutions in the world to graduate from. Each year the academy has approximately 1,200 cadets enroll, of whom only around 1,000 will go on to graduate and enter the ranks of the officers. The 4 year graduates earn a Bachelor of Science degree and are commissioned as second lieutenants in the U.S. Air Force when entering into their respective career fields.

Before being accepted into the Air Force Academy, each candidate is judged on his or her academic achievements, leadership abilities, athleticism and overall personality types. Each candidate has to pass the initial PT exam based on a set of guidelines of physical fitness that is standard across the Air Force. They also have to undergo a medical exam, and receive a nomination from a member of Congress in the candidate’s home district.

The U.S. Air Force Academy focuses on training cadets to be successful by embracing all aspects of airman leadership qualities while they study in a wide variety of majors, ranging from behavioral studies to astronautical engineering. Like many large universities in the U.S., the academy has intercollegiate athletics programs such as baseball, football, basketball, wrestling, cross country, track, tennis, rifle, and many more.

Although the history of the Air Force Academy may appear to be relatively brief, it is quite extensive. In 1918, Lieutenant Colonel A.J. Hanlon wrote “As the Military and Naval Academies are the backbone of the Army and Navy, so must the Aeronautical Academy be the backbone of the Air Service.”  After many years of debating and countless proposals to establish the Academy, the U.S. Air Force began to take shape in the 1940s. On September 18th, 1947, the Air Force was born and as its own branch, and nearly 7 years later the Air Force Academy was born.

At the Air Force Academy, you can find the beautiful Cadet Chapel, Aeronautics Research Center, commemorative displays honoring heroes of the U.S. aviation history, and much more. Many people travel to the Air Force academy each year to witness their loved ones and relatives graduate from the most prestigious institution in the U.S. Air Force while other visit to explore the historic grounds that some of the Air Force’s greatest warriors learned what it means to be an Airman on.