The original stadium was built in 1926 and was a double tiered stadium that would seat 17,000. The original stadium as demolished in 2005 and a new one reopened in 2006. The Pittsburgh Crawfords and the Homestead Grays of the Negro National League both called this stadium home in the 1930s. Stars of this league such as Josh Gibson played here. In the barnstorming tour of the Negro League in 1945 Jackie Robinson and Satchel Paige were both at the stadium. In 1944 the upper grandstand was closed due to safety concerns. The 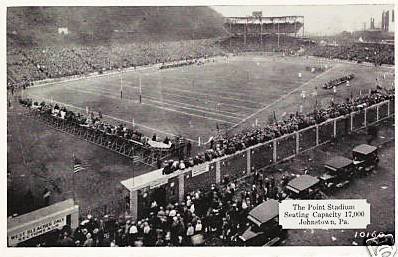 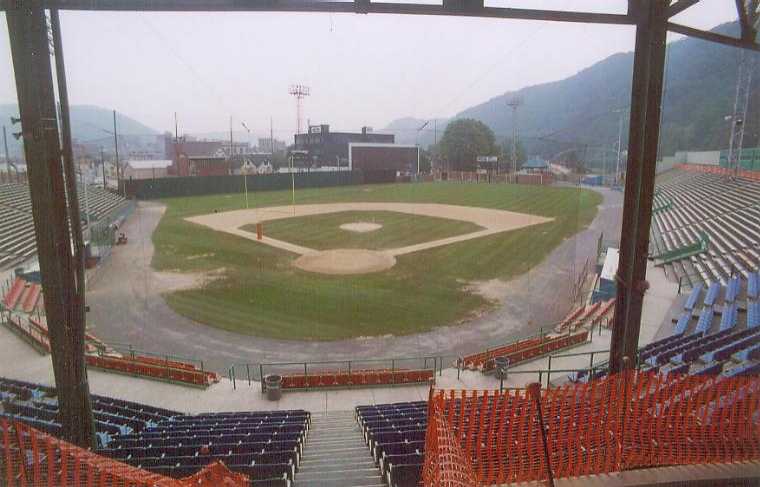 Professional baseball in Johnstown dates back to the 1880s, this stadium was built in 1826. At the time it was built it was the most innovative and unique stadiums in the country. It was a 17,000 double tiered stadium boasting an impressive grand stand behind home plate. 1 In 1944 the upper deck was closed due to safety concerns.
The Greater Johnstown High School would sell out the stadium for the games in which it played its rivals and the football movie starring Tom Cruise "All the Right Moves" filmed here as well. It was also the home of many minor league baseball teams and the All-American Amateur Baseball Association (AAABA) World Series Baseball Tournament. 2

The Point was also the home of the second time ever to have baseball played under the lights. It has also been the home of the Pittsburgh Crawfords and the Homestead Grays Negro National League teams in the 1930s. Legendary stars such as Josh Gibson played there and in 1945 during the Negro League barnstorming tour, Jackie Robinson and Satchel Paige would make an appearance. 3

In 1927 the legendary 1927 Yankees  including Babe Ruth and Lou Gehrig were at the Point for an exhibition game. Many minor leage teams dating back to the late 1920s called the Point home as did Hall of Famer Joe Cronin (1925), Charles "Chief" Bender (1927-28, Manager) and Babe Adams (1928, Manager) once suited up for the Johnnies of the Mid-Atlantic League. the Point was last used for professional baseball from 1995 - 2002 by the Johnstown Steal and Johnstown Johnnies of the Frontier League4.

The stadium even saw a presidential speech from President Truman in October of 1948. 5