Swift & Company Meat Packer established the Frenchglen Hotel in 1916 and constructed this building seven years later. For the first two decades, most of the guests were individuals associated with the vast P Ranch and the cattle or meat packing business. In 1934, these lands along with the hotel became part of the Malheur Wildlife Refuge. The Civilian Conservation Corps expanded the hotel and added indoor restrooms and a gas-powered electrical system. The Oregon Parks and Recreation Department took possession of the property in 1973 and the site was added to the National Register of Historic Places in 1984. 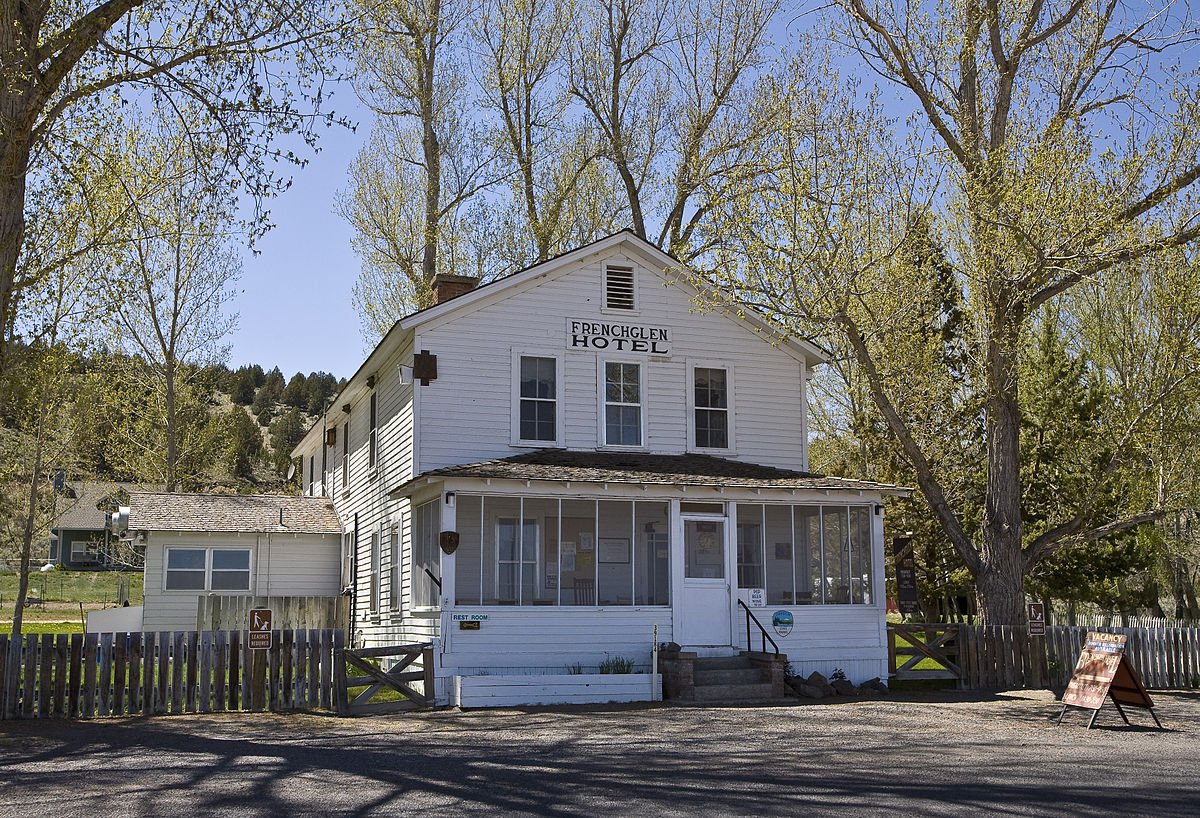