Constructed in 1781, the John Cabot House is now the headquarters of the Beverly Historical Society. The Cabot family were among the first merchant families in the region, settling in Massachusetts in the 17th century. John Cabot was the son of Joseph and Elizabeth Cabot and his mother moved to Beverly after she became a widow and built a home at Central and Cabot. This stately home was built for the family of her son John in 1781 and was the very first brick mansion in Beverly. The home contains two floors of exhibits related to local and regional history, as well as the Beverly Historical Society's Research Library. Both are open to the public.

This historic mansion was built in the midst of the American Revolution and was willed to the Beverly Historic Society in 1891. 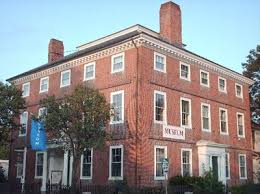 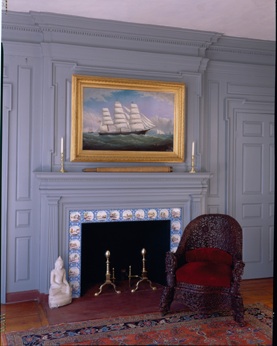 Beverly Historical Society maintains several house museums, in addition to their research library which boasts a collection of more than 750,000 historic objects and documents. The majority of items in the collection relate to local and regional history, including rare documents related to the American Revolution and early maritime history. The Historical Society also maintains exhibits of original and historic art from the 18th and 19th centuries, as well as historic furniture, weapons, and textiles. The collection also includes the Walker Transportation Collection, the largest collection of documents related to the history of transportation in New England.

At the start of the 17th century, the land that became Beverly was part of Naumkeag within the territory of the Agawam Indians. Colonists first arrived in what would become Salem in 1628 and began building homes. By 1635, colonists were building homes in the community that would eventually separate from Salem to become the community of Beverly. The harbor brought merchants to the community and during the Revolution, many of the most influential merchants and privateers who supplied the rebel American army were located in this region of Massachusetts. Beverly was the home of the first ship commissioned by General George Washington. In 1775, it was also the site of a small battle between naval forces and local militia.