For more than three decades Veterans Stadium (AKA "The Vet") was home to Major League Baseball's Philadelphia Phillies and The National Football League's Philadelphia Eagles. Primarily known for two things, its rowdy fans and terrible playing field, Veterans Stadium hosted some iconic personalities and historic events between it's opening day on April 10th, 1971 and it's last game on September 28th, 2003.

Home plate at Veterans Stadium, home to the Philadelphia Phillies for thirty-three seasons, is remembered with this granite and bronze marker in the parking lot near Citizens Bank Park. 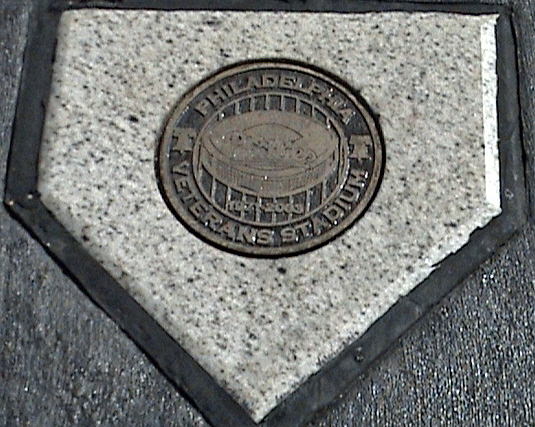 Veterans Stadium's goalpost, used by the Philadelphia Eagles for thirty-two seasons, is marked in the Citizens Bank Park parking lot 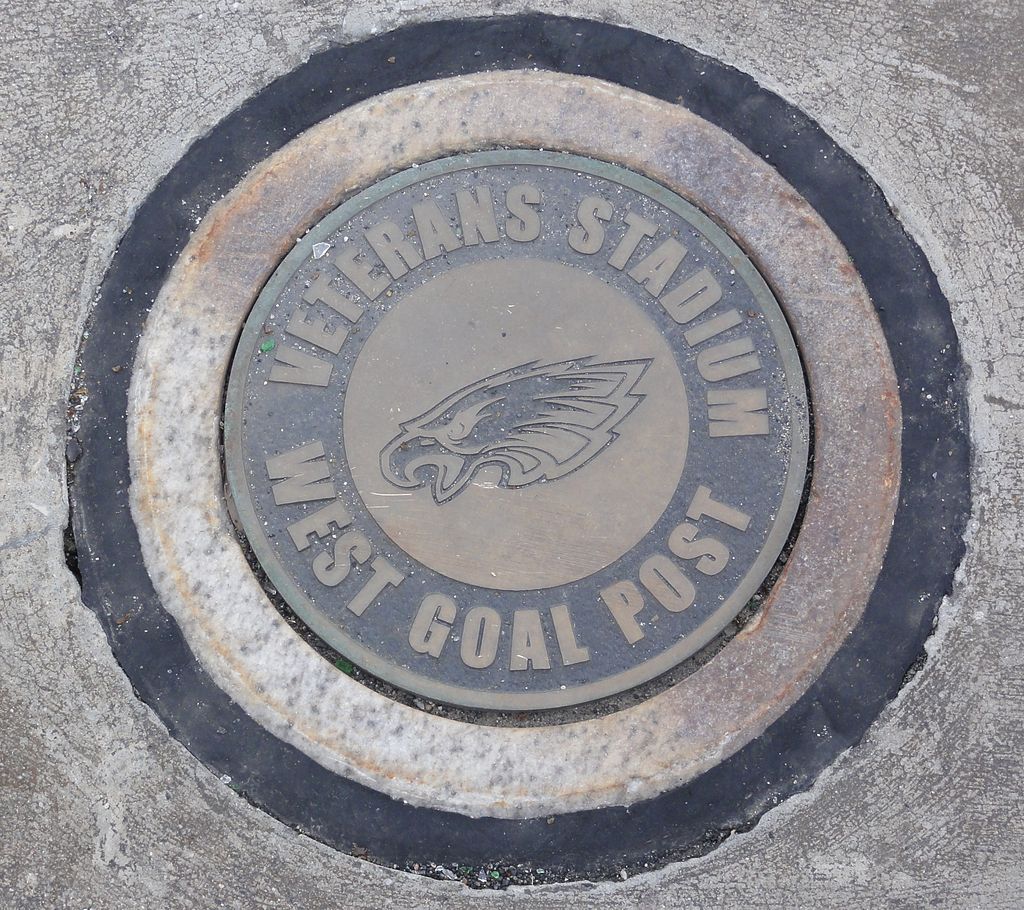 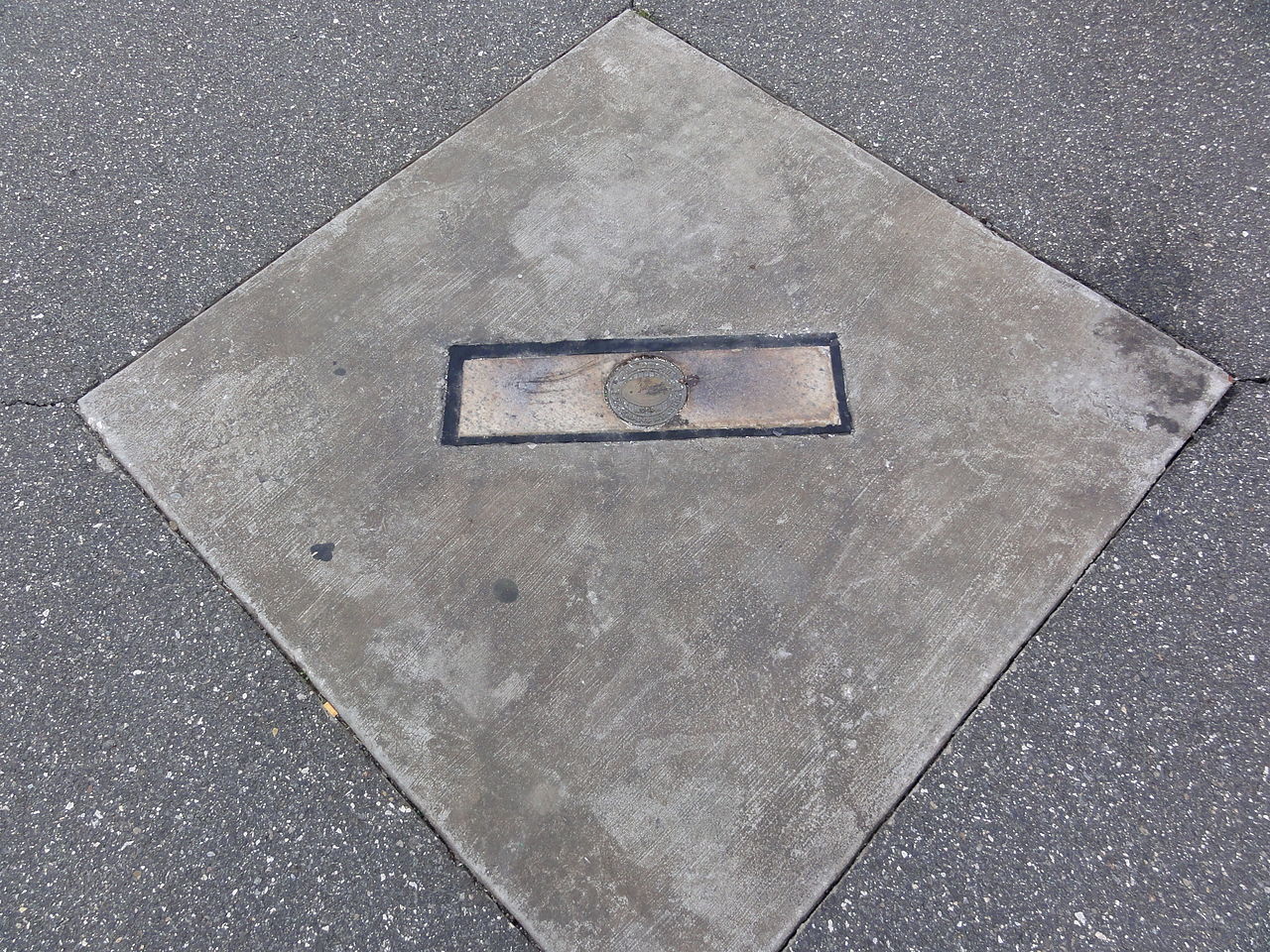 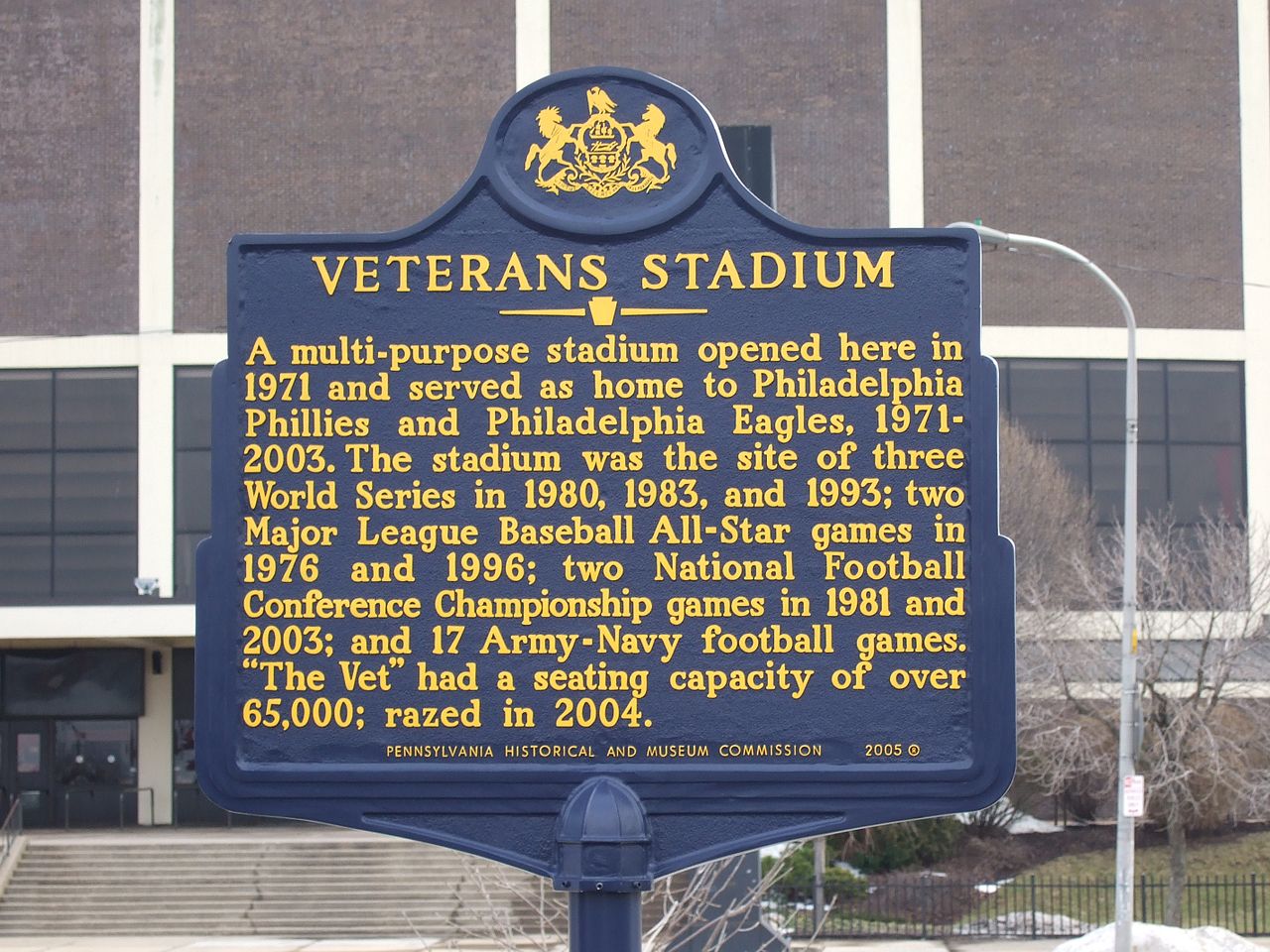 Panoramic View of the "The Vet" in its glory days.

Early photo of Veterans Stadium while under construction. 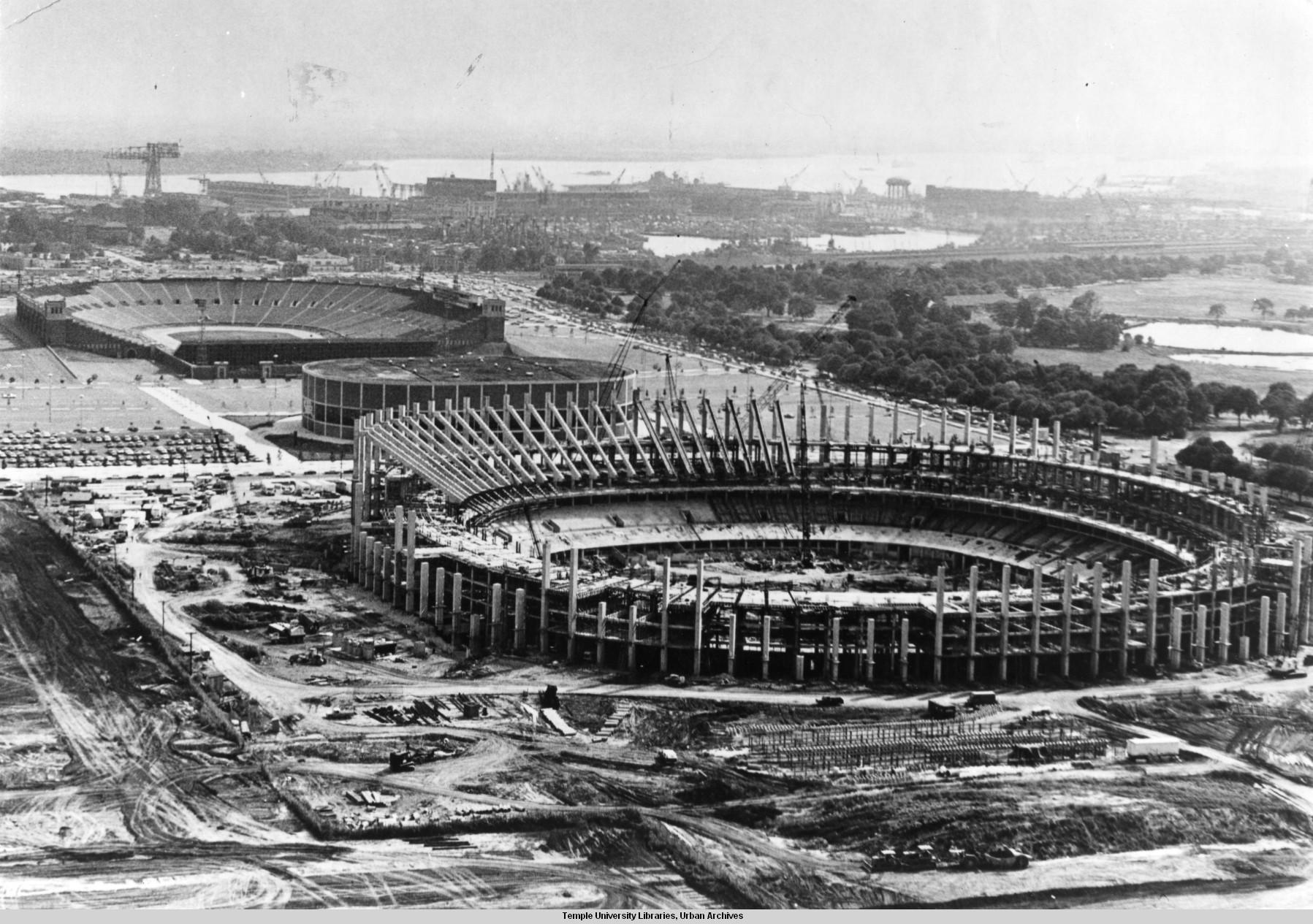 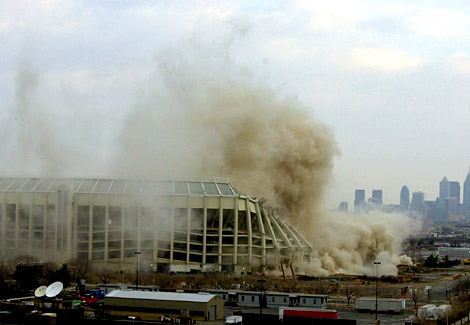 An estimated 500ft home run off the bat of Greg Luzinski.

Philadelphia Phillie MLB Hall of Famers who played in the VET:

Philadelphia Eagles NFL Hall of Famers who played in the Vet:

In 1952 a $7 million multipurpose stadium was proposed to be built for both the Phillies and Eagles on 72 acres in downtown Philadelphia. It took over 19 years for a new stadium to be constructed. A $25 million bond was approved by the voters in 1964 and a new location for the facility in South Philadelphia was chosen in 1966. On October 2, 1967 ground was broken for the new stadium, named Veterans Stadium paying homage to all veterans; past, present and future. Veterans Stadium was originally scheduled to open in the Spring of 1970 but was delayed primarily due to bad weather, labor union strikes and construction delays.

Veterans Stadium was located in a colossal sports complex. Highways and parking lots surrounded the massive structure. To enter the stadium, fans had to walk up long ramps in order to arrive at the entrance gates. Once inside this gigantic stadium, fans saw artificial turf and a sea of red, yellow and orange seats. The 100-300 level of seats were accessed from the main level upon entering Veterans Stadium. Patrons could also walk down ramps to access the 100 and 200 levels of seats.

When configured for baseball, The Vet held 62,362 fans. As seen in the accompanying pictures, the 100 and 200 levels of seats extended from the left field foul pole to home plate and around to the right field foul pole. The other levels of seats at the stadium circled the entire playing field. The press and club level seating was between the main and upper decks of the stadium.

In the 1970s, decorative fountains were located between the scoreboards and would spew at various times during the game. By the 1980s the fountains were removed and a new $4 million "Phanvision" video/scoreboard was added. In 1986 two new scoreboards were added at the top of the upper deck in the outfield and new luxury skyboxes were added below the stadium roof around the stadium. A replica of the Liberty Bell was located on the stadium roof in center field. The multicolored seats were replaced with blue seats after the 1994 season.

Throughout the long and illustrious history of the stadium it was notorious for having the worst playing surface in both the NFL and MLB. Over the course of its existence the playing surface was replaced six times in efforts to improve it. Even with the improvements the turf was considered to be a major contributing factor in many injuries.

On September 28, 2003 the last game was played at the stadium. The Phillies hosted the Atlanta Braves. On March 21, 2004, Veterans Stadium was demolished.  The Eagles took residence at Lincoln Financial Field in the Fall of 2003 and the Phillies moved across the street into Citizens Bank Park in the Spring of 2004.