Cole Field House opened in 1955 and served as the home gym for the University of Maryland's basketball teams for many decades. During this time, the facility hosted multiple NCAA men's basketball finals, as well as various concerts. The venue hosted its final intercollegiate game in 2002 and has been used as a practice facility. The university will renovate the historic gym and create a new facility for the University's athletic program. The facility will also hold the Center for Sports Medicine and the Academy for Innovation and Entrepreneurship. 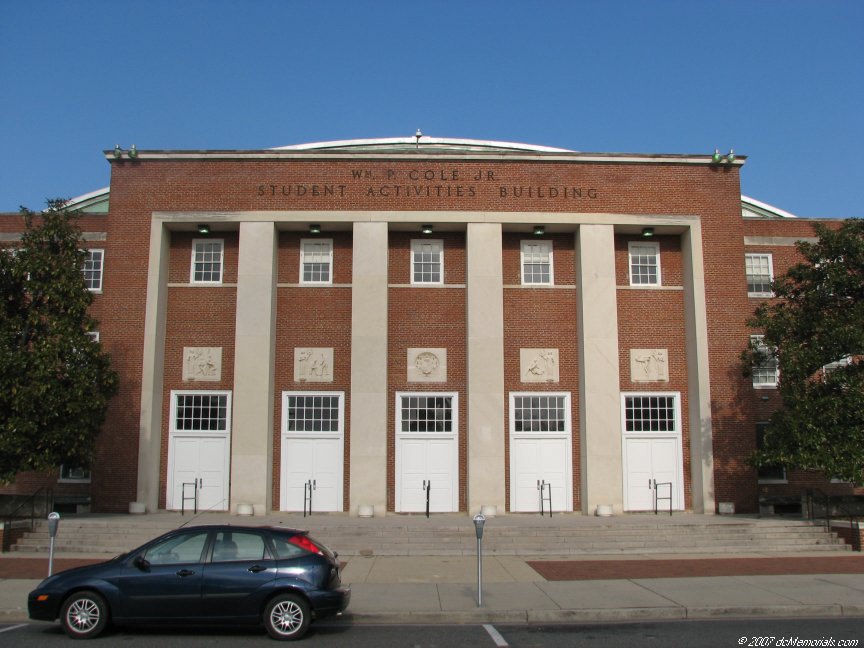 Named after Judge William P. Cole Jr,. who served as chairman of the board of Regents, Cole Field House was erected in 1955. This building housed the University of Maryland basketball teams, as well as offices, classrooms and training facilities. The building was also the site of various concerts and performances. Built with a capacity of 12,000, the addition of new bleachers pushed the current capacity to 14,596.

Cole Field House hosted multiple NCAA men's basketball tournaments. The first of these occurred in 1962 when New York University defeated St. John's by the score of 94-85. Perhaps, the most historic game in NCAA history occurred in 1966, when the first all African American starting five from Texas Western (now the University of Texas at El Paso) defeated the all-white team from the University of Kentucky. This 72-65 win at Cole Field House would later inspire the 2006 film Glory Road. Kentucky was the heavy favorite in this contest, so perhaps it is fitting that Cole Field House holds the record for most upsets of the top-ranked NCAA teams.

The University of Maryland played their final game in this historic venue on March 3rd, 2002 when they defeated the University of Virginia 112 to 92. The building currently serves as a practice facility, makeshift track area, houses classrooms, offices, military ROTC, department of intercollegiate athletics and hosts various events.

New renovations to the building are set to begin December 2015. When completed, the building will serve as the headquarters for the football program. The building will also hold the Terrapin Performance Center, an indoor practice field, a strength and training facility, locker rooms, meeting rooms, offices for coaching staff, a center for sports medicine, and the Academy for Innovation and Entrepreneurship.