This historic building on Gray Street in Portland, Maine houses the Maine Irish Heritage Center. The building originally served as the first Catholic parish in Portland. The St. Dominic’s Roman Catholic Church was established in 1830 to serve the growing Irish-American immigrant population. At the time it was built, the church dominated the city's skyline. Today, it has become a hub for Irish culture and entertainment as well as historical and genealogical research The purpose of the Maine Irish Heritage Center (“MIHC”) is to protect, preserve and restore the historic landmark that was formerly St. Dominic’s Church, to provide a meeting place for Maine’s diverse communities, and to promote Irish culture, history and heritage by telling the story of the Irish people and the state of Maine. The MIHC offers multicultural events at the Center and stands proud to represent all immigrants who came to America to make a better life for their families.

The MIHC, an amazing building which continues to dominate the Portland landscape with its beauty. 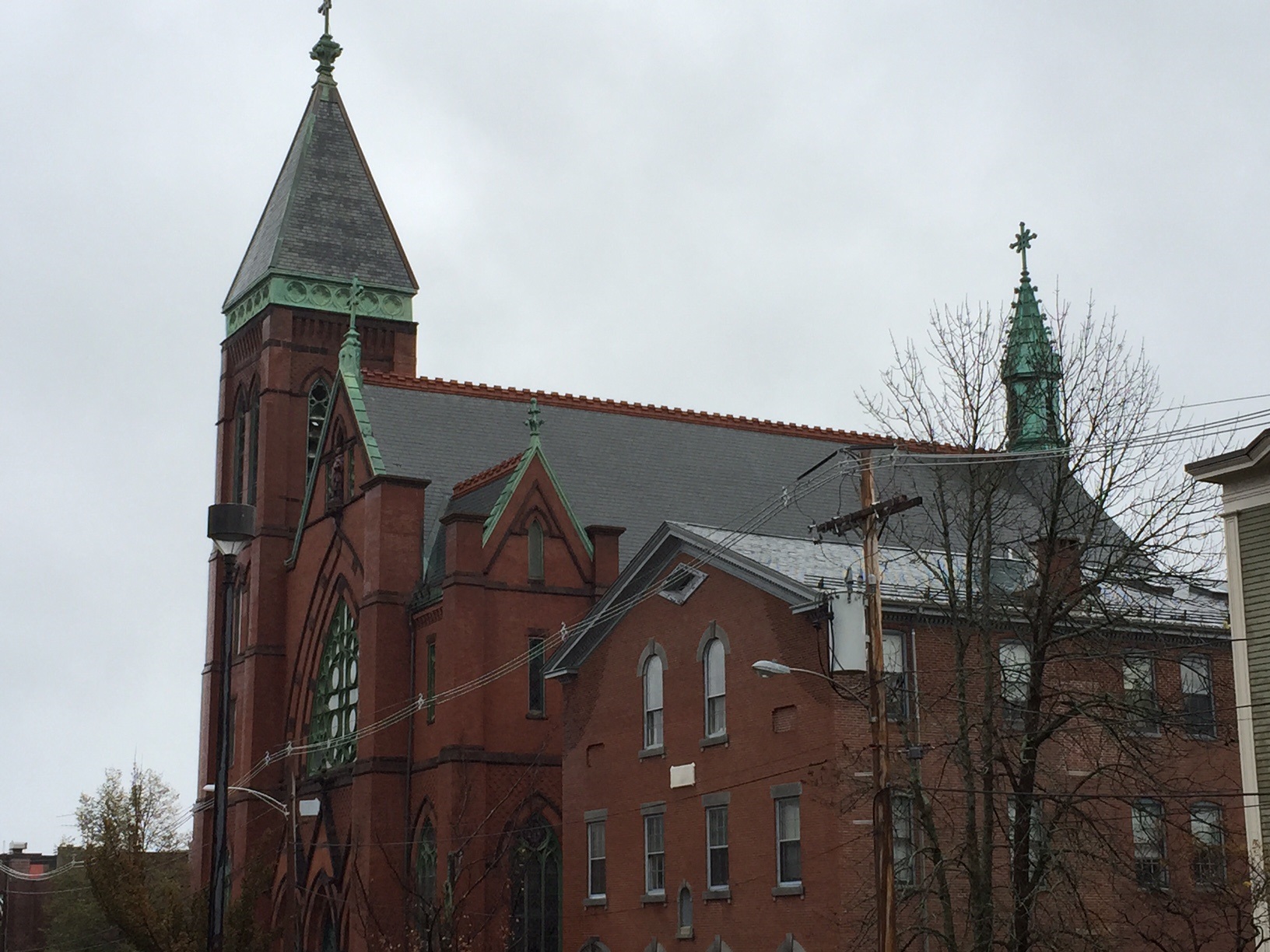 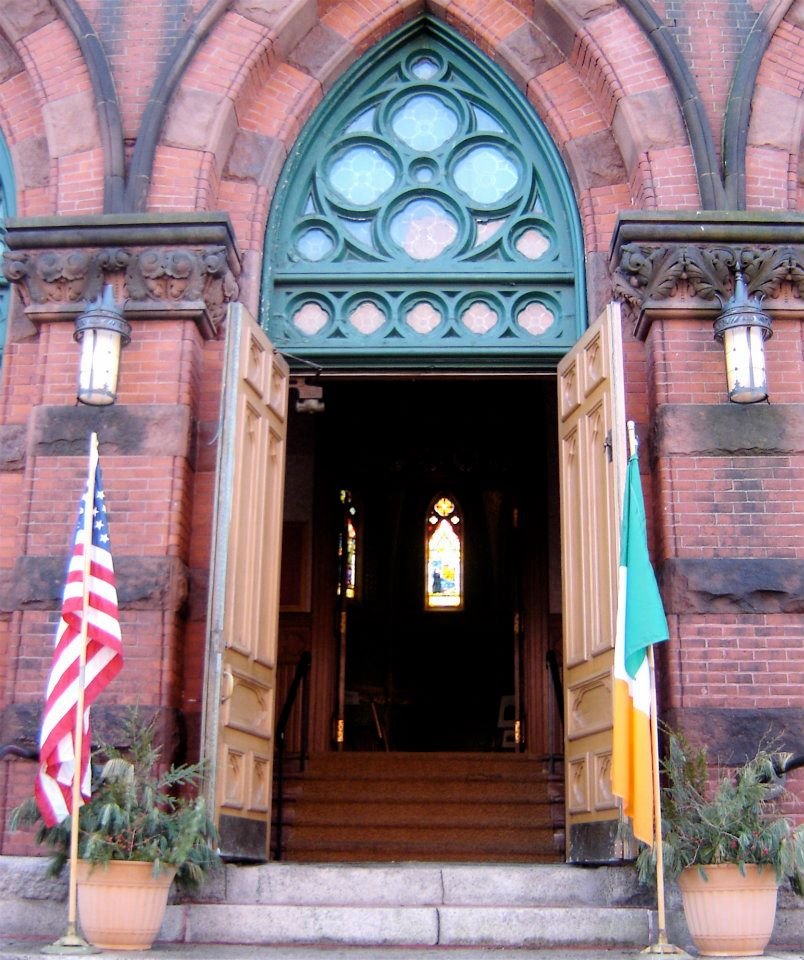 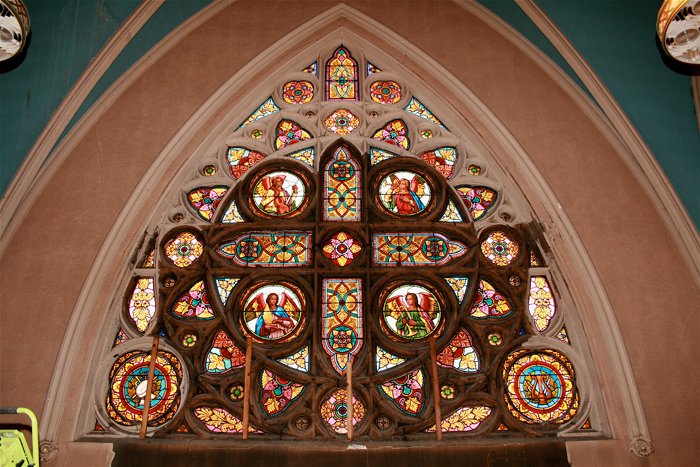 The MIHC is a multifacted organization.  It has a very active genealogy and DNA group which meets regularly.  The Maine Gaeltacht DNA project is gaining international attention with its focus on connecting (through DNA) the Galway Irish, Portland's major Irish immigrants, with the Maine Irish.

The building that is now the home of the Maine Irish Heritage Center was first established as the St. Dominic’s Roman Catholic Church around 1830. The church was closed by the Diocese in 1997 and fell into disrepair. However, a local group organized themselves and sought to save the building, as they felt it was historically significant to the Irish community in Portland.  The MIHC first opened to the public in 2002. Its goal was to preserve the building as well as the history and culture of the Irish in Maine, and also to provide a meeting place for the diverse communities living in Portland. Unfortunately, in 2006, a 4,100-pound church bell came loose and fell through two floors of the old building, causing significant damage. The accident was followed by a severe storm, which further injured the building.  It took two years to recover from the destruction, but the MIHC opened its doors again in 2008 and has been an essential part of the Irish community since.

The Maine Irish Heritage Center Library is part of the Interlibrary loan system. It contains over 2,000 volumes devoted to Irish history, art, literature and language. There are also many books, magazines, newspapers, DVDs and CDs. The library has a strong genealogy collection consisting of city directories, yearbooks, obituaries, St. Dominic’s school registers and on-line resources. The history of the Irish in Maine is further preserved through archival resources such as such as photographs, newspapers and family genealogies.

John Ford, a legendary Hollywood film director, attended church and school at St. Dominic’s Roman Catholic Church before it became the Maine Irish Heritage Center. The MIHC houses a collection of items memorializing the life and legacy of the famous Maine-Irish native.  Another interesting feature of the historic building is the hundreds of stained glass windows from the 1800s.  The Center’s library is only open for a few hours each week (Fridays from 10AM to 2PM); otherwise it is only open by appointment. Tours of the building are offered by appointment only.

Winter Library hours:Friday 10:00 am-2:00 pm and by appointment. Building tours and genealogy: By appointment.