The Stillman House Museum has been open since the 1960s as a historic house museum after restoration. The Heritage Museum next door opened in 2002 and offers photo displays, exhibits, and interactive displays; it also houses La Tienda Gift Shop and the administrative offices of the Brownsville Historical Association (BHA). The Greek Revival style Stillman House was built circa 1850 and is one of the oldest residences in Brownsville. It was built as the home of Charles Stillman, a wealthy businessman who was one of two owners of the original townsite of nearly 5,000 acres in 1848, along with Samuel A. Belden. The house was owned by the Trevino family from 1858 to 1958 and was home of the Mayor of Brownsville, Thomas Carson, in the 1890s.

Modern view of front (southeast side) of Stillman House 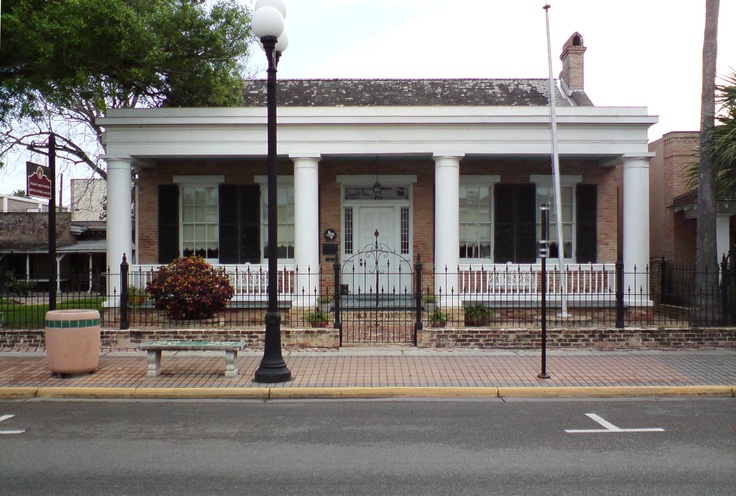 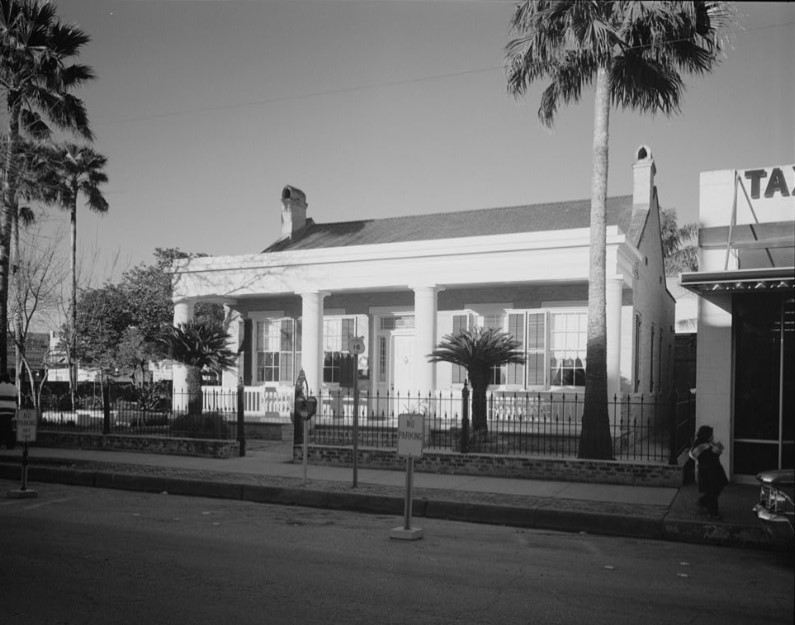 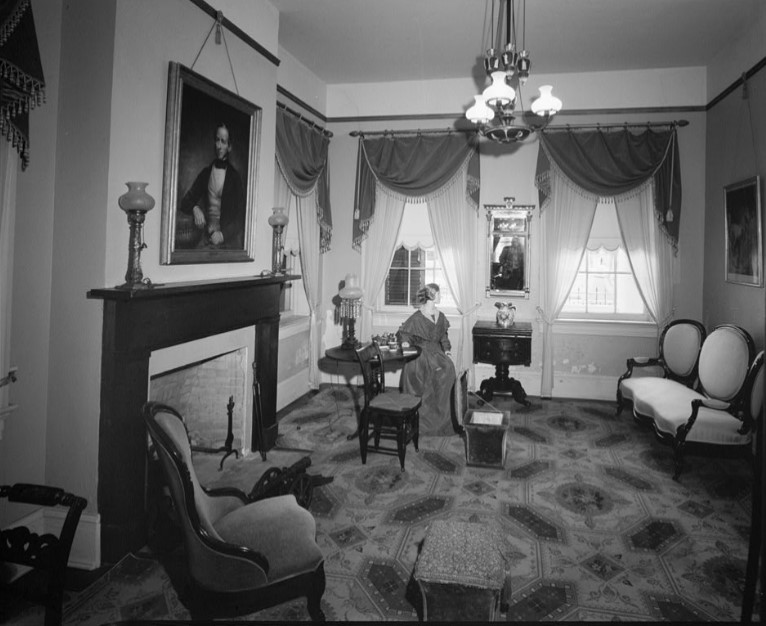 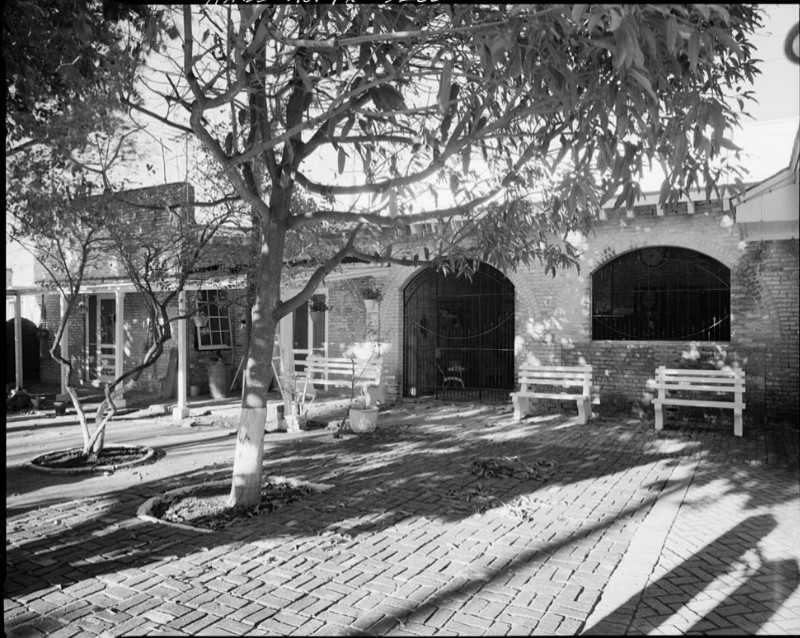 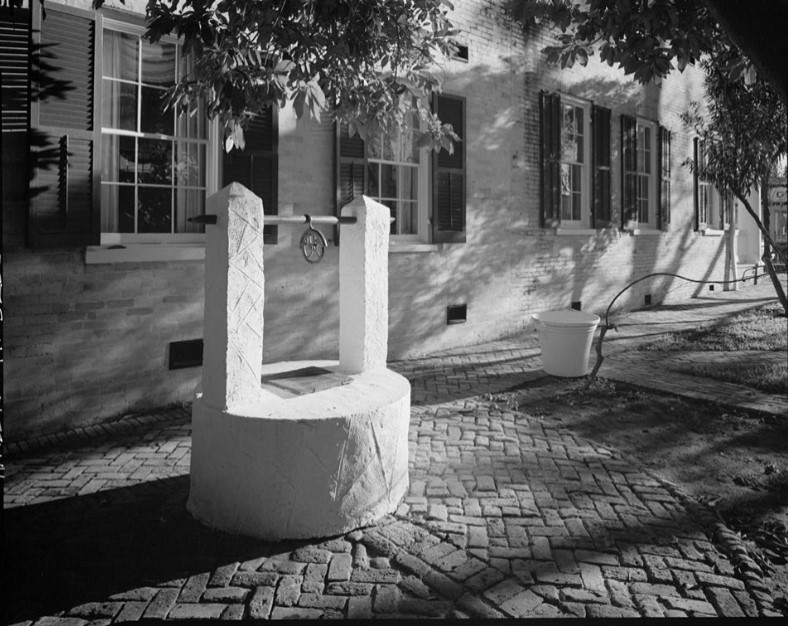 The Stillman House Museum and the Brownsville Heritage Museum on E. Washington Street make up the Brownsville Heritage Complex. Both have been renovated and offer visitors a glimpse into Brownsville’s past. One admission fee allows entry into both and costs $6 for adults, $4 for seniors, and $2 for students age 6 and up. The museums are members of the Blue Star program, offering free admission to active duty military members and their families from Memorial Day to Labor Day. A combined day pass to both museums plus the Historic Brownsville Museum/ Mary Yturria Education Center (641 E. Madison Street, a Clio entry) is available from the BHA for $10 for adults, $6 for seniors, and $3 for students. BHA also offers one-hour guided tours of each of these three museums as well as the Old City Cemetery (also a Clio entry).

When the Stillman House was documented by the Historic American Buildings Survey in 1979, the house was already an historic house museum operated by the BHA. The building was owned by the City of Brownsville and a caretaker, Kino Camarillo, lived in the associated carriage house beginning in the 1940s and was interviewed on the house's history.

The Stillman House was on two lots in the original townsite of Brownsville, owned by Charles Stillman and Samuel A. Belden. The house is said to have been built of locally made brick with slate shingles for the roof imported from New England. During restoration of the home, the inscription "John Richardson Curry 1850" was found beneath a panel molding for a doorway; he would have been the building's carpenter. Charles Stillman's son, James Jewett Stillman, was reportedly born in the house on June 9, 1850. The lots were bought and sold multiple times in the 1850s by attorneys associated with the Stillman businesses, until the house and lots were purchased in 1858 by Manuel Travino.

Travino paid $4,500 for the property and his family retained ownership for the next one hundred years, although he never occupied the house. Manuel Travino served as the Mexican consul in Brownsville in the 1860s, as did his son, Abelardo Trevino, in the 1920s. The house was the home of Abelardo Trevino, who lived there until his death in 1955. From the mid-1940s to mid-1950s, Kino Camarillo (the caretaker for decades) operated a second-hand clothing and shoe repair shop in the carriage house.

A Stillman descendant, Chauncey Stillman, purchased the property from the Travino family in 1958 for $50,000. The house was restored in the late 1950s by the Brownsville Historical Association and local and New York City architects at a cost of $85,000. The Stillman family donated furnishings and family items for the restoration. The kitchen, stable, and carriage house were deemed original to the house but the two rear rooms were likely added by the Trevino family in the 1910s and 1920s; one rear room connects to the kitchen. The brick walkway which originally connected the central hallway of the house to the detached kitchen outbuilding was found within the house during restoration. The property was deeded to the City of Brownsville in 1962.

This trail begins near the border with stops at the Neale House, Fort Brown, and the Brownsville Heritage Museum. The tour moves through the downtown area with Market Square, the Immaculate Conception Cathedral, several government buildings, and multiple historic homes and buildings before concluding at the city's museum district. There are numerous other Clio entries throughout the city that are a short drive from this tour.