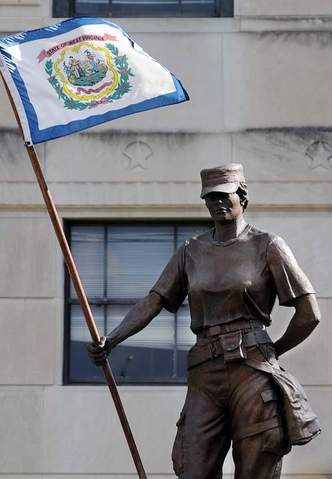 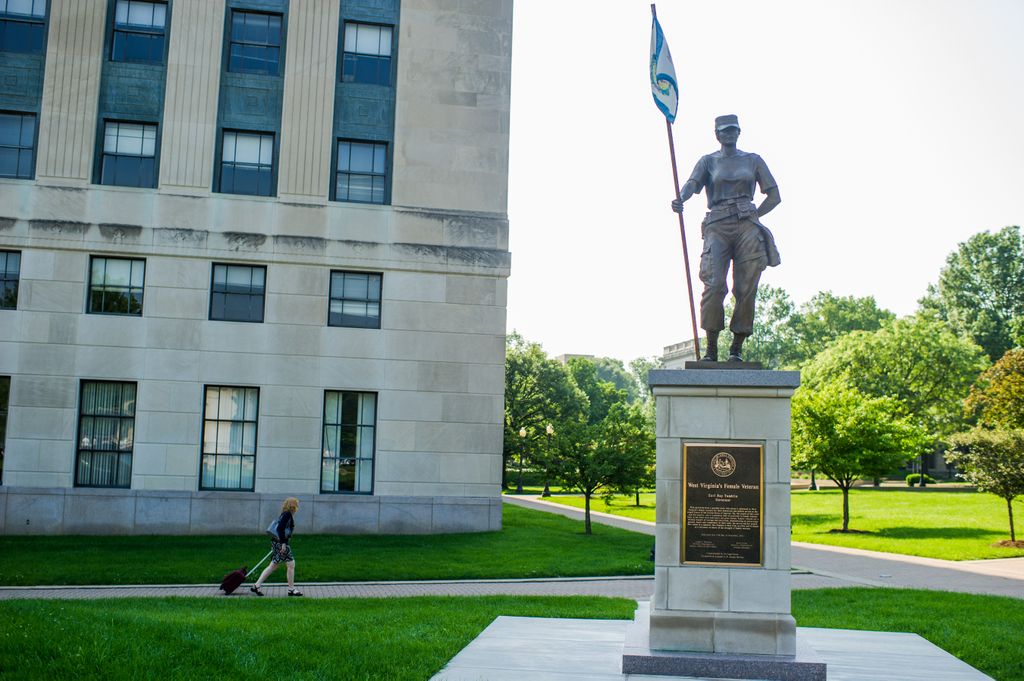 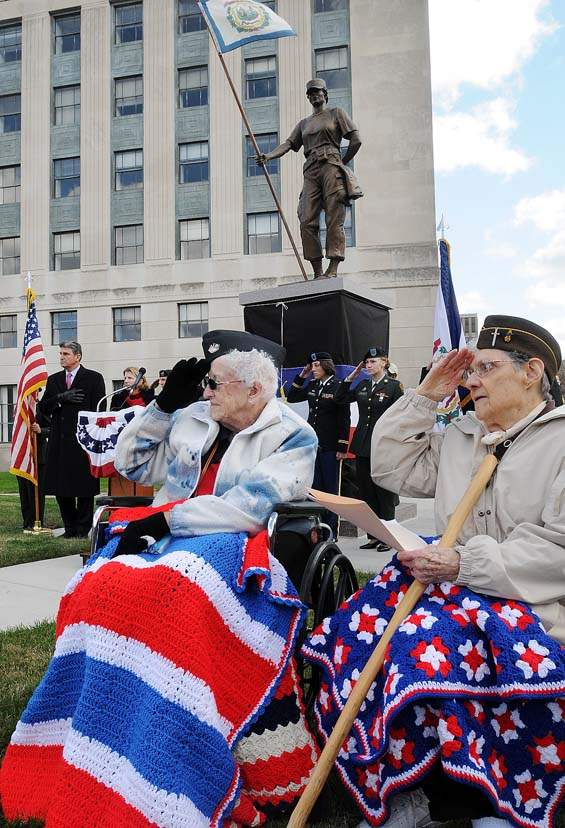 Funding to construct a memorial for West Virginia's female veterans was approved in 1998. This statue was the result of the funding and was dedicated in 2010. In addition to debates about the design of the sculpture, there were many discussions about the appropriate location. The decision was made to place the memorial next to the West Virginia Veterans Memorial and create an image of a soldier at work. Some veterans took issue with the design and argued the woman should be in dress uniform as opposed to military fatigues, while others approved of the design choice.

The statue carries a flagpole that bears the flag of various different branches of service on a rotating basis. The statue faces the West Virginia Veterans Memorial, and it is on a 9-foot base that makes it the same height of the four statues of servicemen at the memorial. Additionally, the base of the memorial has four bronze panels depicting women in the service from various wars. Sculptor Joe Mullins previously designed each of the four statues of servicemen within the adjacent West Virginia Veterans Memorial.

One of the most notable examples of women in the military was the establishment of women's auxiliary units in World War II. Over time, each of these auxiliaries became part of the Army, Navy, and Marine Corps. For example, the WAVES began as a separate part of the Navy and the acronym stood for Women Accepted for Volunteer Emergency Service. Over 27,000 American women served in the WAVES program during World War II. By 1948, women had gained permanent status in the armed services of the United States. Although women were fully integrated into the military by law, female sailors were informally known as "WAVES" for many decades that followed, a fact that demonstrates the long fight for equality that continues within the military today.