The newest additions to Four Mile Historic Park are two female kunekune pigs named Clover and Antigone, or Tig. Their pig pen was built in 2020. This breed was once only found in New Zealand, and was first imported to the United States in 1996. Obviously, this breed is not historically accurate, but they actually allow the Park to preserve its historic nature while providing another representation of farm life. Kunekune pigs were chosen due to their small size, gentle temperament and grass-based diet being the most suitable for the delicate environment of the Park. 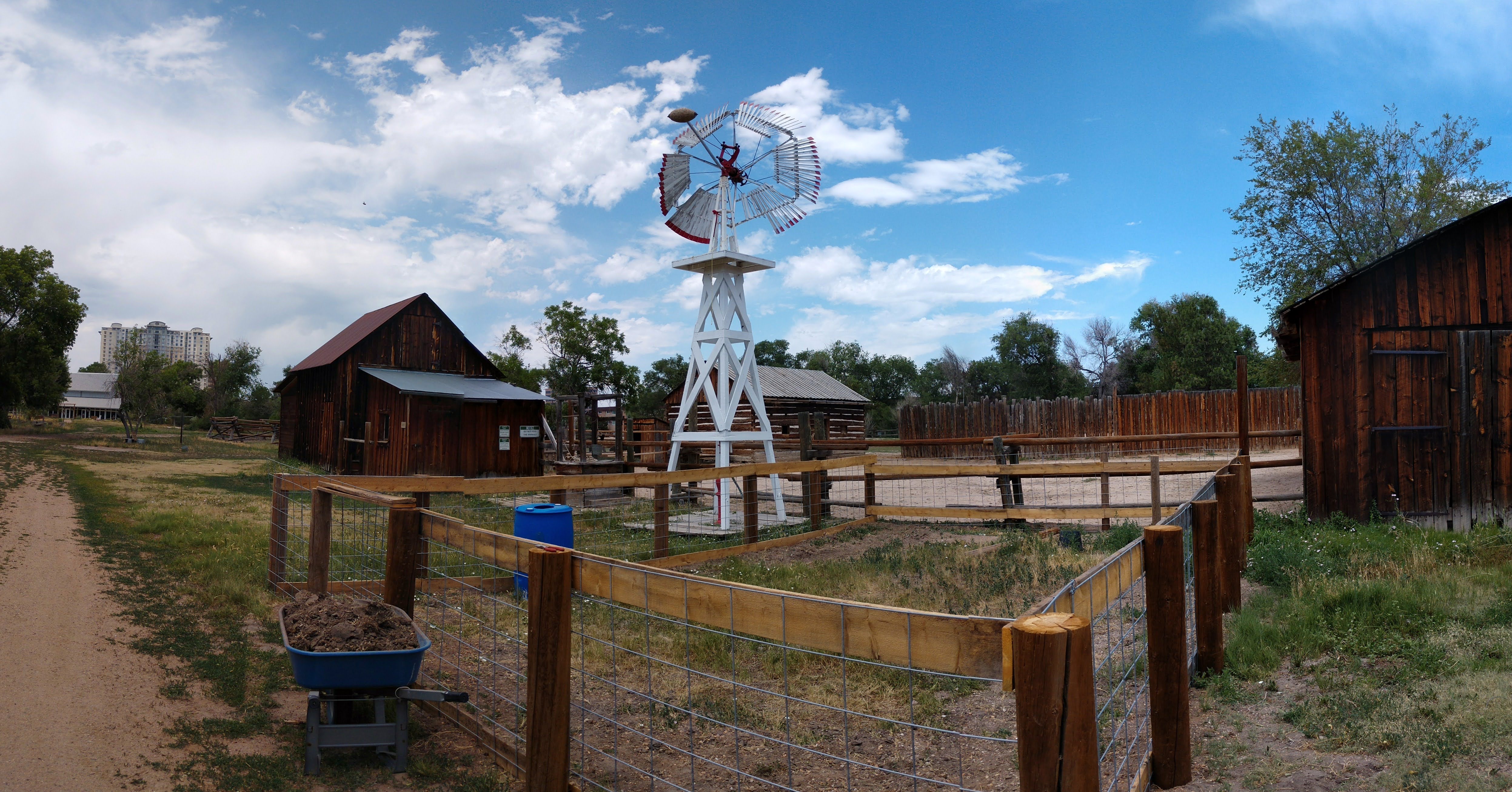 Clover on the left, Tig on the right 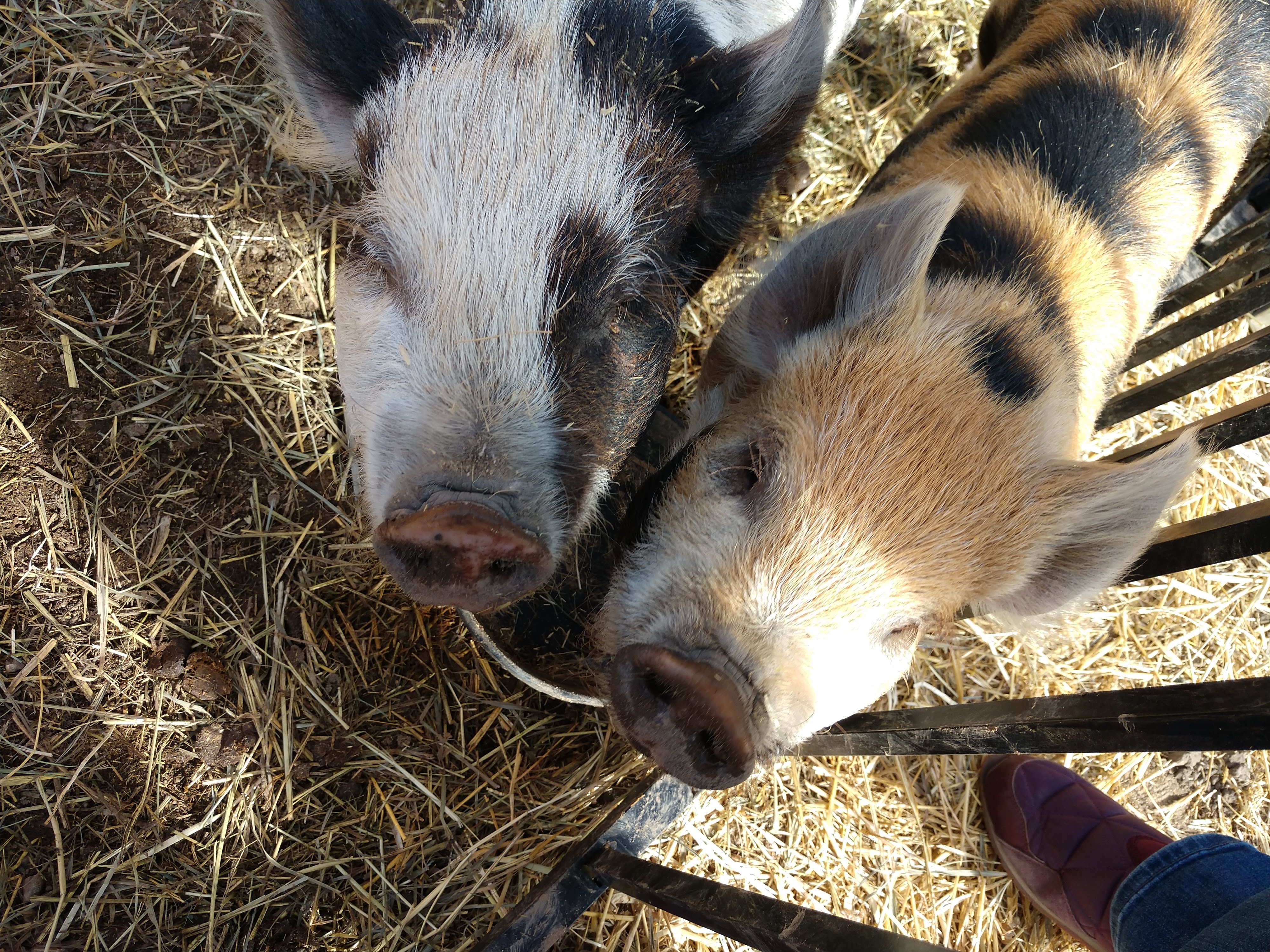 Many pioneer families would raise pigs for food. Salt pork was a popular food item on pioneer trails, as the salted meat would last a very long time on the journey. Much like poultry products, pigs could be sold at markets for a profit.

Pigs were also seen in Native American tribes as well as many Hispanic communities. Many pig breeds were first introduced in America with the arrival of the Spanish conquistadors in the 1500s. Pigs would often be raised by the Catholic missions that established themselves in the southern United States as well as in areas of California.

A common breed found among many Native American tribes was the Choctaw. They were easy to take care of as they would eat what they found in forested areas. These pigs would later be sold or used for food.