Tranquil today, these woods were once filled with the rhythmic sound of the wooden gears, grinding stones, thumps and hisses of three mills and a distillery. Water powered machines in the 18th and early 19th century. These now silent remains are protected and preserved by the Fairfax County Park Authority and citizens like you. Please take only photographs and leave no trace. Note, the ruins are not visible from any road and may be so overgrown in the spring and summer as to be nearly invisible. Trails along Rocky Run and Cub Run can be accessed from a number of points: a trail connects near the intersection of Rydell Road and Rt 29 runs along Cub Run; a trail along Rocky Run can be accessed at the end of an unnamed access road just to the west of Virginia Tire & Auto Shop. Some trails may not be passable during periods of high water.

Lane's Mill at the turn of the 20th Century 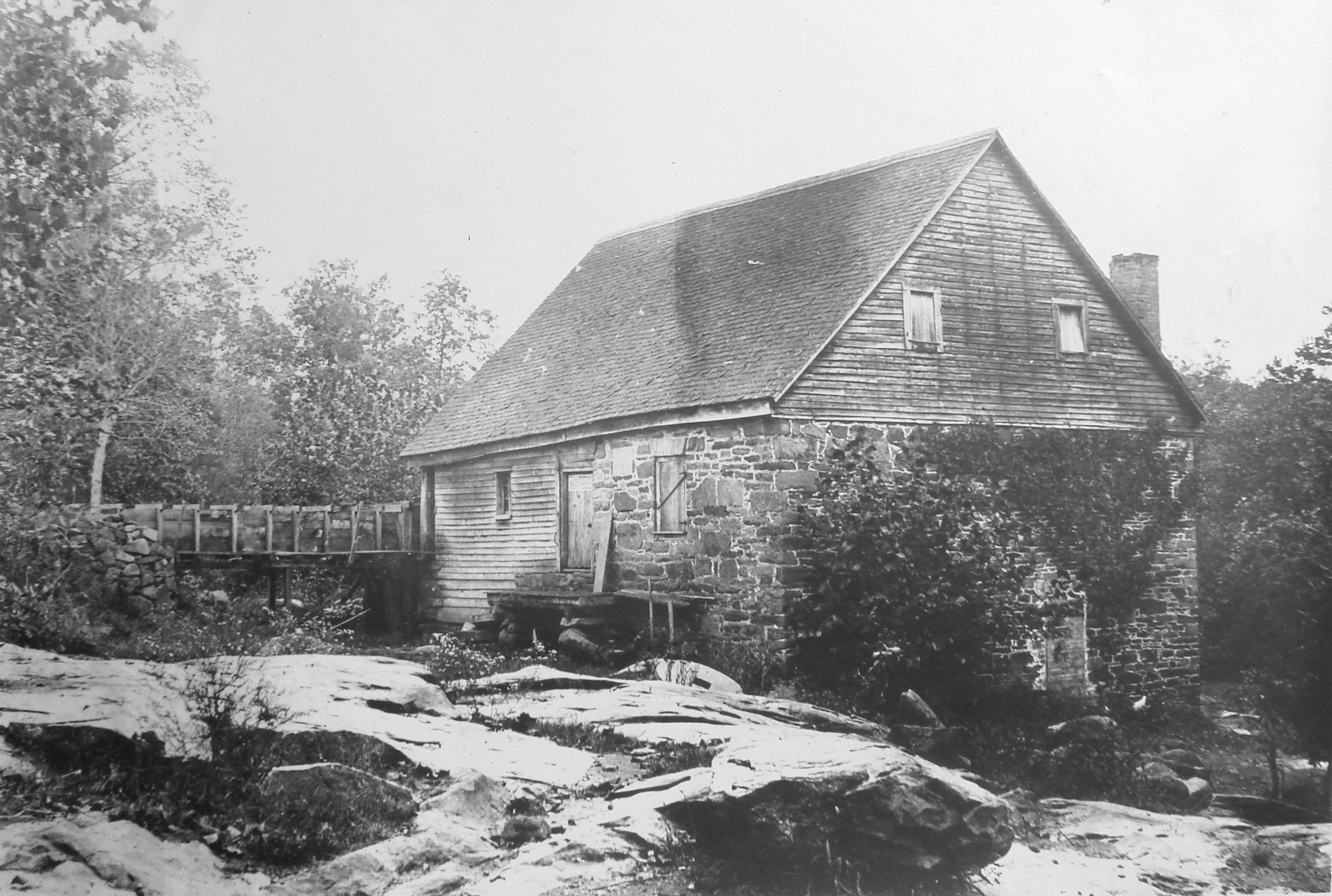 Around 1760 James Lane Jr and his son William, members of the enterprising Lane family, built two mills and a distillery here where Rocky Run meets Cub Run. The water power of each creek was harnessed to grind wheat into flour to sell in Alexandria and overseas, to saw trees into lumber, and to transform the ground grains and local fruits into whiskey and brandies. When water was low, water from both creeks could be used.

Perhaps James’ brother, William Carr Lane, served the liquors distilled here at his ordinary, the Newgate Tavern (the tavern site is located in the Centreville Historic District). Willliam must have been impressed with his brother's mills as he bought one for himself upstream along Rocky Run shortly after James established his mills. That mill still stands, though the machinery was stripped out in the 1930s. People know it today as Cabell's Mill.

The Lane distillery was abandoned by the 1830s, but the Lane family continued to own the mills here until 1857 when Nestor Kincheloe purchased the complex (he transferred the sale to William B. Kincheloe who owned the mill until his death in 1900).

Sometime under Kincheloe family ownership, James Pendleton Robinson became the miller. Robinson operated the grist mill until 1924 and he also ran a store that served the African American community adjoining the mill.