Inside the Sully Government Center you'll find a small exhibition of images and artifacts from Centreville and Chantilly, including the Willoughby Newton Boundary Stone. The exhibit is in the main hall and the building is always open. This entry focuses on the Boundary Stone as other items are on loan and subject to change. 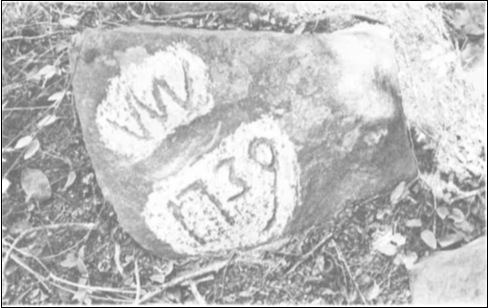 1739 survey overlaid on modern map shows the orignial location of the boundary stone and the Sully Government Center. 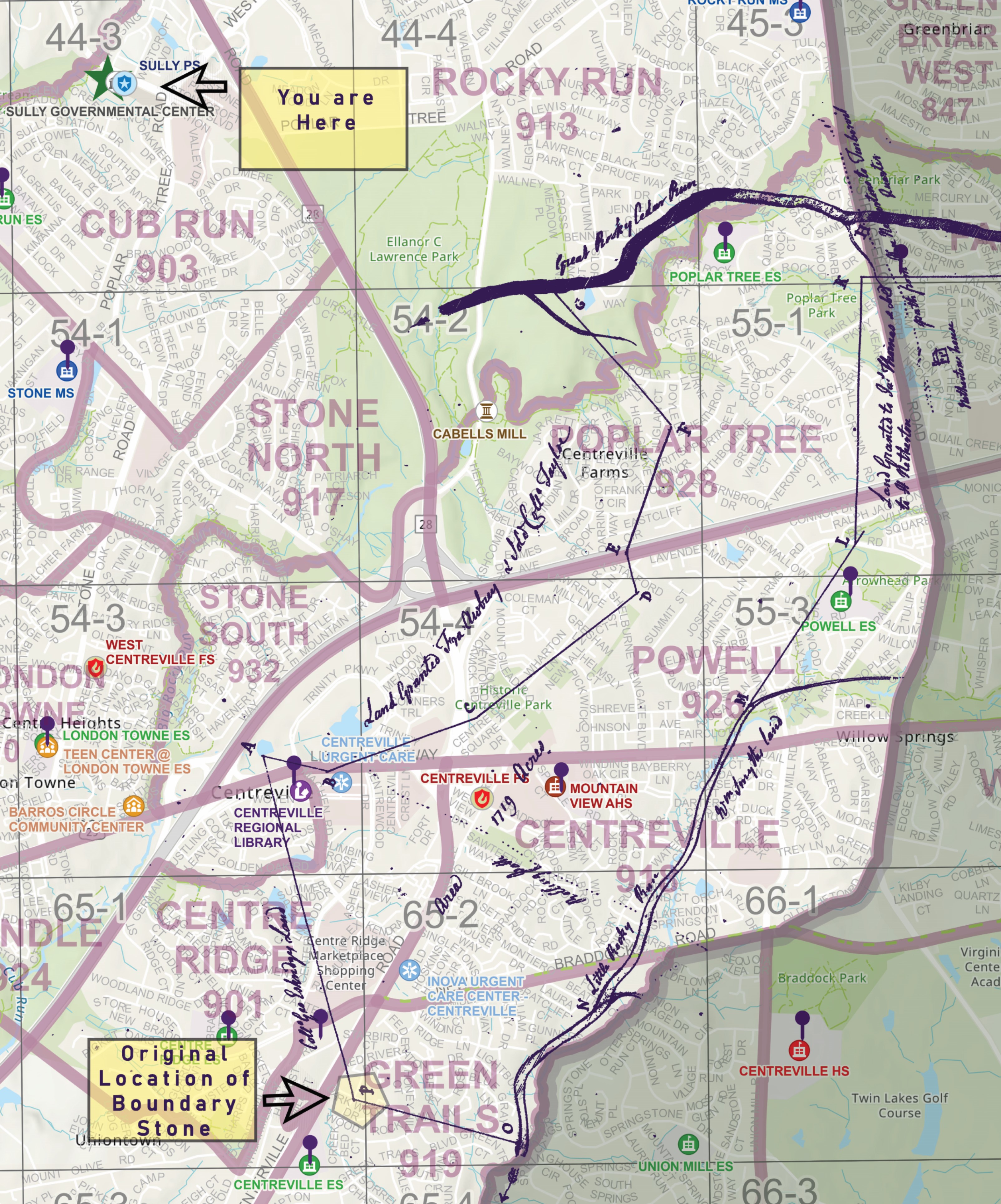 Willoughby Newton was Centreville’s first real estate developer. He owned more than 6000 acres, much of today's Centreville. Newton gave some of his land to his children, some of whom settled in the area. Newton also built ‘quarters’ to house enslaved workers who worked the land directly for him, raising cash crops such as tobacco and apples for hard cider. He sold land to entrepreneurs interested in establishing businesses along the Mountain Road (today Braddock Road) such as William Carr Lane and the Newgate Tavern. And he leased land to farmers. These tenant farms included a dwelling house, tobacco house, and an orchard. Rents were paid in tobacco. One such farm was leased to Thomas Brown near today’s Ellanor C. Lawrence Park, another farm was leased to Richard Omohundro who may have built Level Green.

Newton amassed his holdings over a period of years, ordering surveys as parcels were added. He asked suveyors to mark the boundaries of his land with stones carved with his initials. Local Boy Scouts found the one on display here in 1971 on the property of Mattie Gaskins Brown near today’s intersection of Darkwood Drive and St. Timothy’s Lane, marked “WN 1739.” Mrs. Brown donated the stone to the Historic Centreville Society which has loaned it to the Sully District Supervisor.