Formerly known as Arlington Park, this Denver green space was renamed Hungarian Freedom Park in 1968 to commemorate the Hungarian uprising against the Soviet Union. In the late 19th century Denver was still developing as a city and this area was a prairie known to locals as the Little Place of Cottonwoods. The land was purchased by the city and used as a city dump around the turn-of-the-century. As more people moved to the area, the dump was filled in and the land became Arlington Park. In 1925, the area was part of a redevelopment plan and part of what would become the park was sectioned off in a triangle south of Speer Boulevard. In the 1970s, a pair of monuments were added to the park, with one dedicated to Hungarians who rebelled against the Soviet Union. 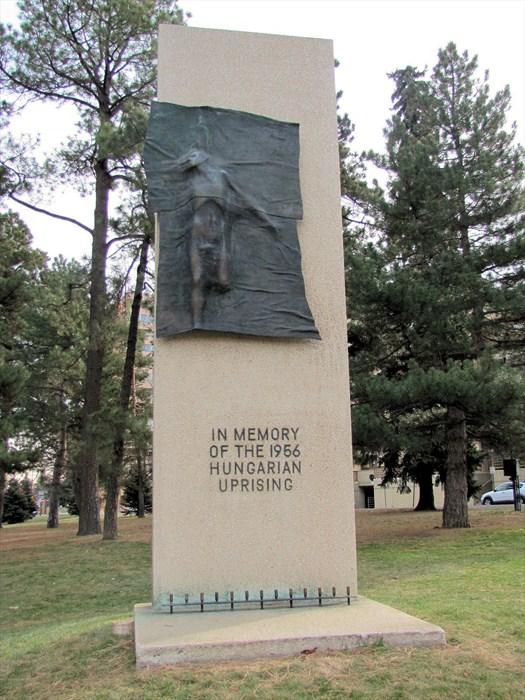 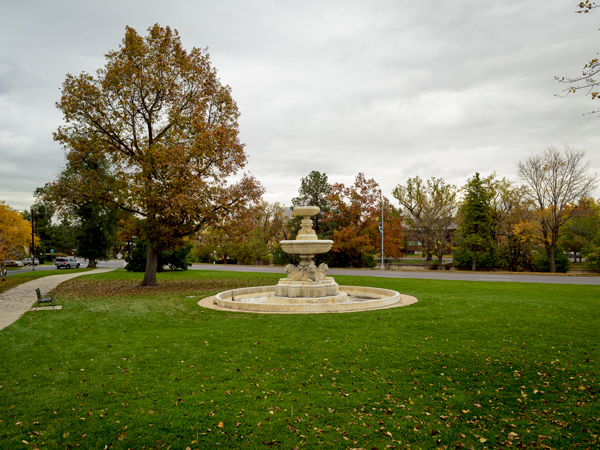 Coniferous trees on the southwest end 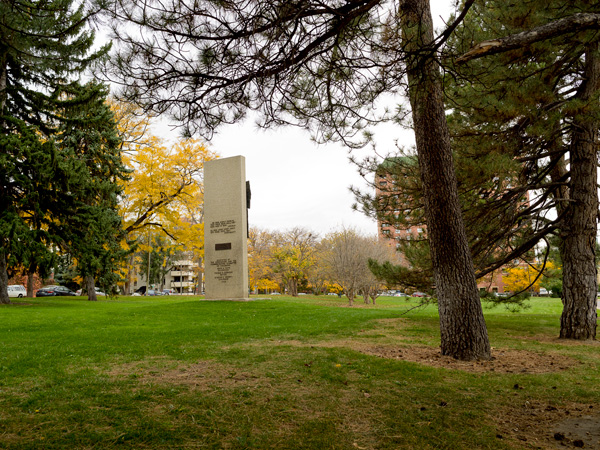 Trees on the northwest end of the park 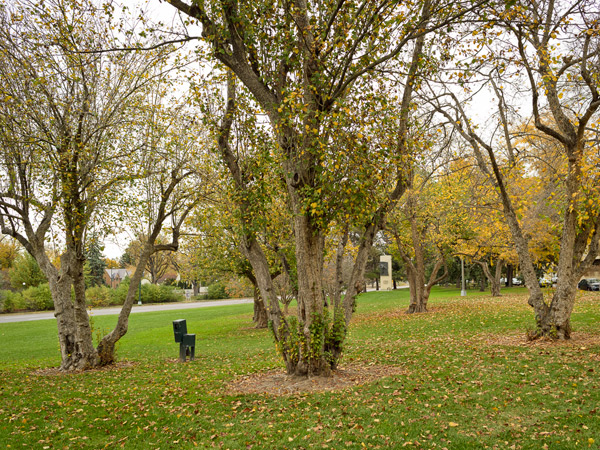 In the 19th century as Denver was growing, this land was home to an abundance of natural cottonwoods growing along the creek and known as the “Little Place of Cottonwoods" until it was converted into a city dump. This triangular plot situated along the Cherry Creek was converted to a park in 1912. The plot was connected to the Alamo Placita Park to the north. Known for many years as Arlington Park, in 1968 the city of Denver dedicated this park to the Hungarians who revolted against the Soviet Union.

Eventually Speer Boulevard separated this portion from the Alamo Placita Park, to the north. The design was meant to compliment the Italian Gardens in Alamo Placita Park. The gardens were meant to be seen from the hillside of the Arlington Park. The green of Arlington Park was meant to be a backdrop for the gardens. In 1925 the northwest end of the park was turfed. The southwest ha a smattering of deciduous and coniferous trees planted.

In 1968 the park was renamed Hungarian Freedom Park to commemorate the 1956 revolt of the Hungarians against Soviet oppression. In 1956, a speech by Soviet leader Nikita Khrushchev attacked the period of Joseph Stalin’s rule. People who opposed hard-line communist leaders in Hungary were encouraged by the remarks and for a time, rebel fighters controlled Hungary and called for reforms. Imre Nagy became leader with promise to form a multi-party system. The UN however did not accept their autonomy in fear of blowback from the Soviets. In 1958 the Soviet Union invaded Hungary and executed Nagy. Although the revolution was crushed, it demonstrated that many opposed Soviet rule and inspired future rebellions.

In the 1970s, a few works of public art were added to the park. In 1970, a monument by Zoltan Popovitz was erected near the trees on the southwest end. The memorial shows a figure emerging through a curtain in homage to the Hungarian Revolt. In 1976 a baroque lions head fountain was placed on the northwest edge near Emerson. It was designed in 1932 by sculptor Maurice Bardin.