The Iconic Architecture of Boscobel

Stand back for a minute and look at this beautiful house. It’s easy to see why it’s been called a superb example of Federal architecture. But what does that mean? Well, first of all, the house reflects the way its owner, Loyalist States Dyckman, wanted to present himself – apparently as a fine country gentleman. So he used the style fashionable in England at the time, which reflected Italian styles rooted in ancient Greece and Rome. For example, the center of the house, with the pillars, is meant to remind us of a classical temple on a hill. Doesn’t sound very English. In fact, an Italian architect named Palladio came up with the idea back in the 16th century.

The Front of the House elegantly faces the Hudson River 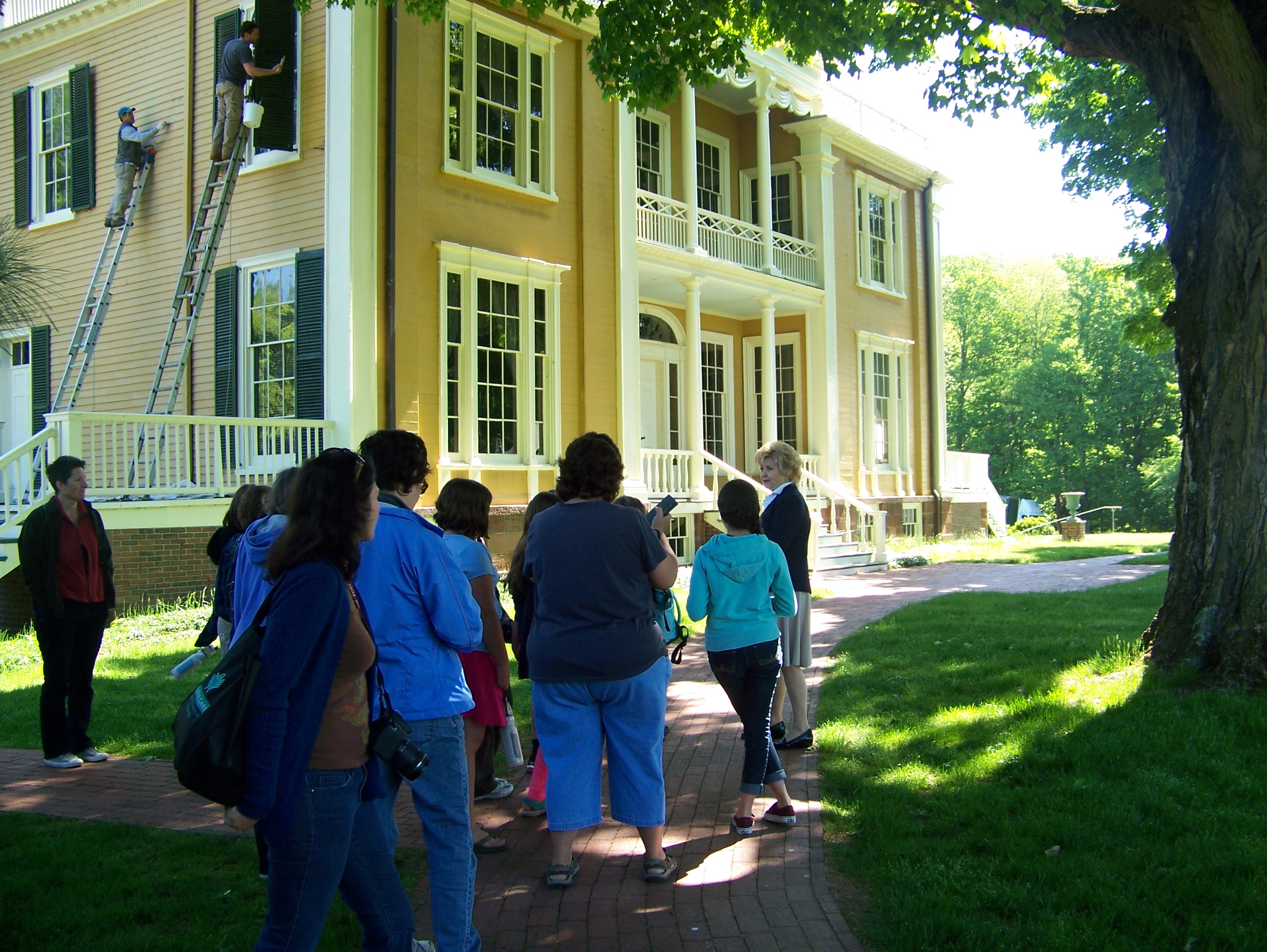 The Side of the House is less formal 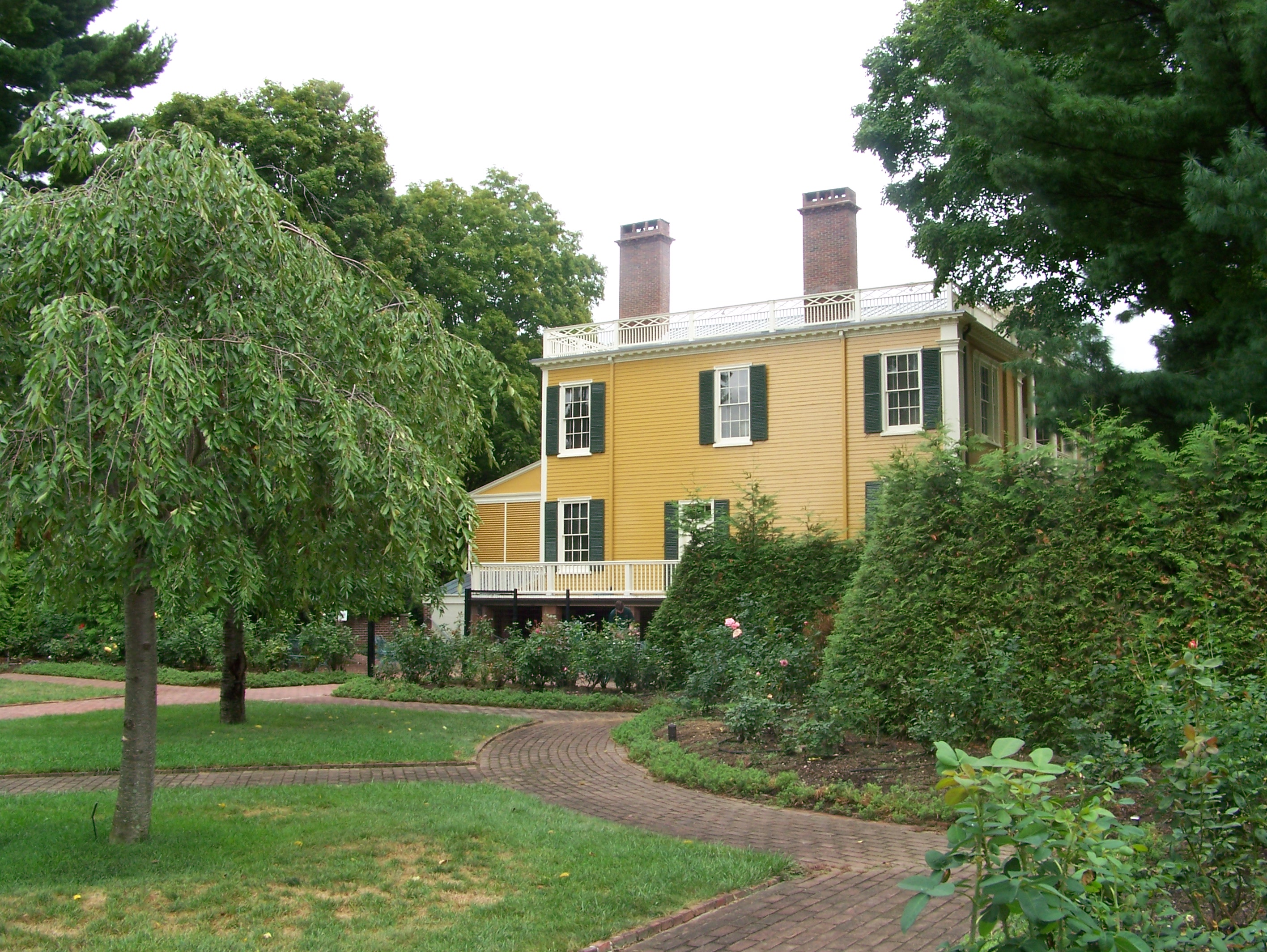 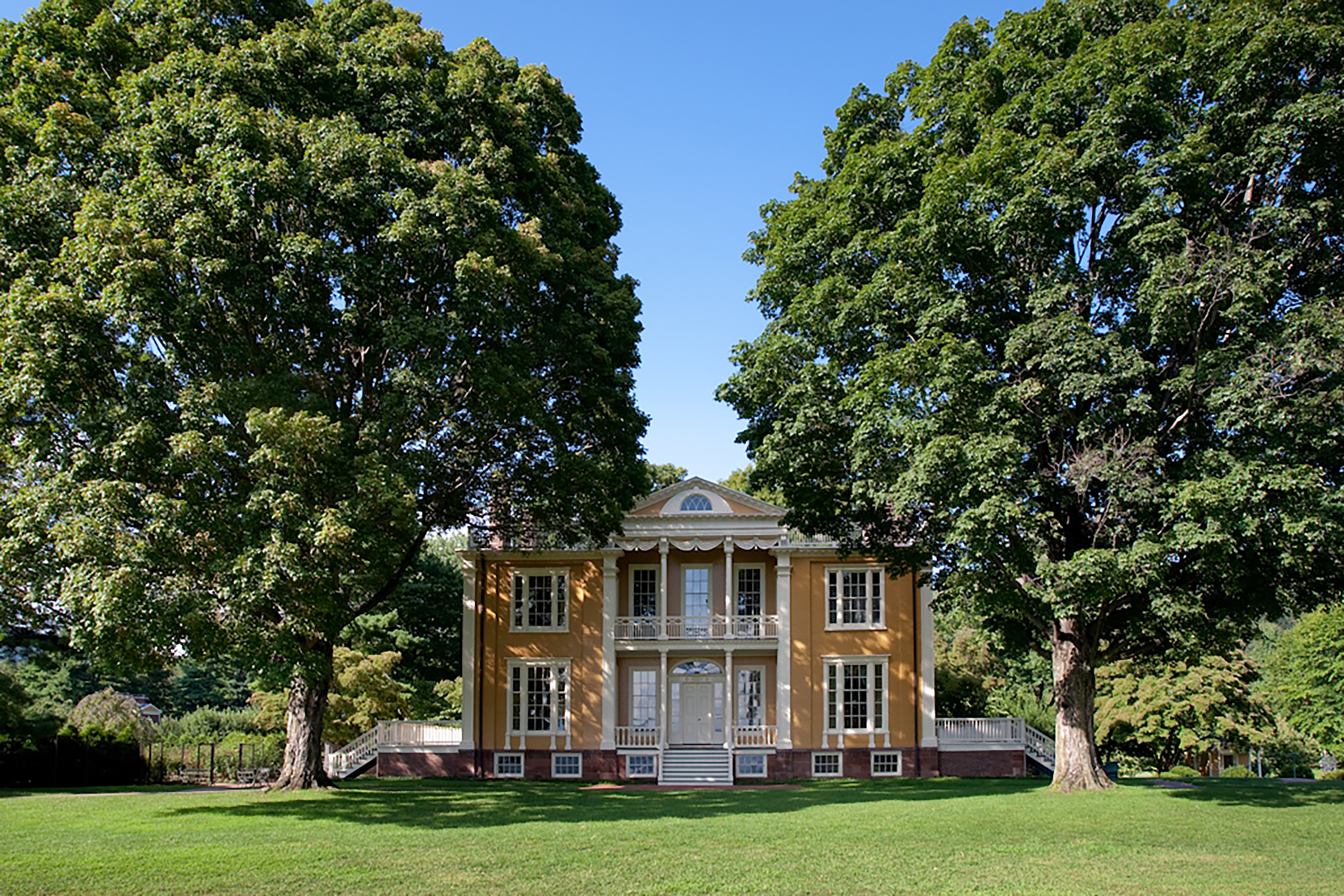 Peter Kenny, Curator of the American Wing of the Metropolitan Museum, and an expert in American decorative arts, helps us out here.

Kenny: The mansion at Boscobel is a great example of American architecture from the earliest period of our independence, what we call the Federal Period. It’s essentially based on a very old Italian prototype first pioneered by Andrea Palladio, who was trying to bring to life classical antiquity in his buildings. You see at the front what looks like a temple; the classical earmarks of Italian Palladian architecture which was then picked up by the English who had gone on the grand tour to see these wonderful houses in Italy.

Palladio built great villas and farmhouses in Venice and surrounding areas. And when States Dyckman decided he was going to build himself a beautiful farmhouse, he was an educated man who traveled to London where this style had been adapted by English gentry, and so he of course wanted a Palladian style house.

Right in the middle of the house, you will see the entrance set back from the side walls in the shade, a very comfortable location to get out of the sun, to protect yourself in the house from bright sunlight as well, and it forms a temple in the middle of the building which relates to classical antiquity. So these centers are called loggias, a precursor to our porches that we like to sit on today, and the Dyckmans could have sat out on these porches and been extremely comfortable in the summer. They also offered opportunities for cool breezes to blow through open doorways and open windows.

You’ll also notice that, on the loggia in the center of the temple, at the very top, there are swags of fabric carved out of wood.

The swags are unusual. They extend the idea of a porch protecting you from the sun – a kind of witty joke, as if they could actually be rolled down in hot weather. And that’s what they looked like from the river.

The siding on the front of the house was also an illusion. The boards don’t overlap – they’re carefully lined up one above the other. From a distance, they give the impression of flat stone – what grand English – or Italian – houses were made of. But wood was less expensive, easier to work with, and plentiful in New York.

Besides, States Dyckman’s cousin, who helped build Boscobel, was a skilled carpenter who could put planks together in this elegant manner. He did it only on the front. What mattered was the impression of wealth and taste that the Dyckman’s visitors got as they approached from the river. Most people came that way, because 18th-century roads were not only terrible, but full of brigands. There are lots of big windows too, filled with very expensive glass.

Kenny: Most of this would have been imported. We have documentation that it was sent up from New York City, many, many panes of glass. What States Dyckman was thinking about was the view of the river and also bringing light into the interior.

The beauty of architecture is the way light interacts with spaces. It would be wonderful, if you get the opportunity, to go inside and take a look at the effect of light. Also, look at the glass when you’re in there. It’s imperfect. It wavers a little bit. It was blown glass, and as a result, it slightly distorts the view in a very pleasant way. Much of this window glass is original.

At the back of the house, there’s a beautiful arched window with two smaller windows below. They bring light into the great stairway.

Kenny: So when you’re in the house, you’re standing in the entry hall, you look up the stairs, and you see this beautiful Palladian window, which yet again is a reminder of the sophistication of the design along the Hudson that States Dyckman planned.